Want to show off your drone making skills? Mathworks is the place for you

All of us talk about drones which can be used to deliver medicines during an emergency, for surveying busy streets or even deliver food! But our systematic and conventional education system does not focus much on how to design or programme one. To bridge this gap and help students understand the nuances of building a drone, MathWorks, along with Ather Energy and Numa, conducts MathWorks Minidrone Competitions for engineering students across the world. While their first three competitions were held in cities like Berlin, Los Angeles and Virginia, the fourth competition was held in India's Silicon Valley, Bengaluru.

Veer Alakshendra, who is a Student Competition Technical Evangelist with MathWorks, tells us that they are bridging gaps by conducting such drone-related competitions. He says, “There are many industries which look for skilled students and I feel that through competitions like these, we will help students hone their skills. Right from the time we select college teams to be part of the competition, we mentor and train them to build drones and also write programmes. We have a whole webpage which is meant for the students and could help them build a drone and understand the technicalities of it. Along with that, they can even ask us their queries and we reply to them via email. We are continuously in touch with them to clear their doubts, technical queries and much more. " 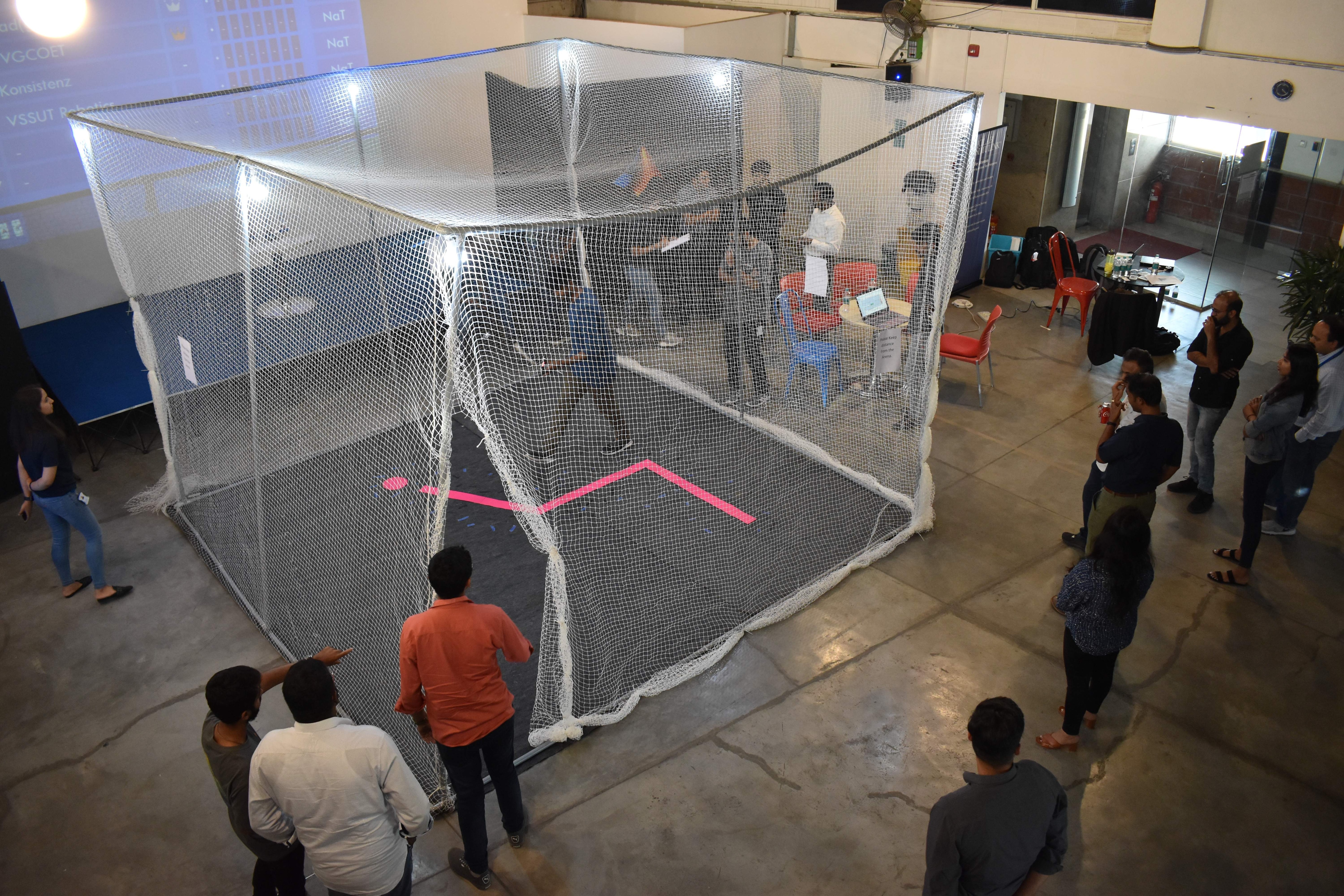 Call of drone: The arena set up by the MathWorks for Minidrone competition for students

This is not the first time that MathWorks is offering challenges to students. Earlier, they offered design challenges to be carried out using Simulink and MATLAB and device challenges too. During the MathWorks Minidrone Competitions held in India, they received around 140 applications from different colleges. Explaining the process involved in screening the applications for the competition, Alakshendra says, "The first round involved designing algorithms virtually using Simulink and we could select only seven teams out of 140. Then, out of the seven teams, we selected only five teams after checking if the algorithms can be used to set in motion the parrot mini drone which was given to them. The final round had five teams from different colleges including SRM Institute of Science and Technology in Chennai, BMS College of Engineering from Bengaluru, Veer Surendra Sai University of Technology, Pune Vidhyarthi Griha's College of Engineering and Technology and a Government College of Engineering from Maharashtra. We gave them the hardware, which is an actual drone, and they needed to use codes to make it work. Similarly, we gave them a particular path in which the drone needs to travel and reach a designated point. The college team which is able to design drones that travel the path to reach the designated point within 15 minutes were considered to be the winners. Teams had seven attempts to achieve this."

Alakshendra further adds, "While the task seems simple, the process of coding and implementing it takes time. Whatever they did virtually in the first round, had to be carried out in the real world for the final round. After a tough 15-minute long competition, BMS College of Engineering won. There is no particular set of points that the teams can be marked for. But they are considered winners based on the consistency of their performance and how far the drone has travelled. The drone has to go through five stages to reach its destination and the scores depend on the number of stages it has completed."