How Kartikeya Ladha took two long trips and ended up a bestselling author!

When Kartikeya Ladha quit corporate life, he was at the top of his game. He tells Aathira Ayyappan why he decided to take a long walkinstead and how his quest to find the true meaning of life

Money can never buy happiness. Your position and status are not the true markers of success. These are statements that most religious and spiritual texts try to thrust upon the reader, without actually offering too much practical help in most cases. But writer Kartikeya Ladha chose to come to these conclusions only after embarking on two separate impromptu journeys – one to Peru in 2017 where he interacted with tribal people, and the most recent one, in January this year, where he walked all the way from Kanyakumari to Goa, covering nearly 1,100 km on foot - to find answers to the bigger questions in life.

And he has documented his learnings in the form of two books; he self-published his debut non-fiction account of his first trip to South America, Dream Beyond Shadows, in 2018 and he is still in the process of writing his second book (based on his exploration of South India), titled The Nameless Walk.

For someone who relinquishes all kinds of capitalistic excess now, Kartikeya once led the society-approved ‘dream’ life. He was born in Gwalior, and he completed his schooling in Delhi before leaving to the US to pursue a Bachelor’s degree in Finance and Business Management. Right after graduating, he soon got a job as a door-to-door salesman at a solar energy company in New York, and soon enough, worked his way to the top.

“I scaled the business pretty quickly and ended up managing their offices in Brooklyn. I was living the life, literally.  But one night, I was sitting in my room in New York when a voice in my head told me ‘This is not it. This is not what you want; you need to be out there in the real world.’ And quite spontaneously, I decided to go to Peru,” recalls Kartikeya, adding, “In today’s world, everything is so logical and so rational. I wanted to defy all that. But the main purpose of the trip was to find true happiness. I always thought I would be happy being among high achievers and highly-successful corporate, but I was wrong. So it was not a trip essentially, it was what I would call a pilgrimage.”

While in Peru, he did many things he could not have even imagined doing before — he lived with the tribals known as the shamans in the Amazon jungles, worked as a bartender, lived in hostels, backpacked through the country and interacted with different kinds of people. “I encountered as well as indulged in many deep meditative practices of the tribals and it was a rejuvenating experience in all. I have written about how it affected me at a spiritual level in my book,” he points out. 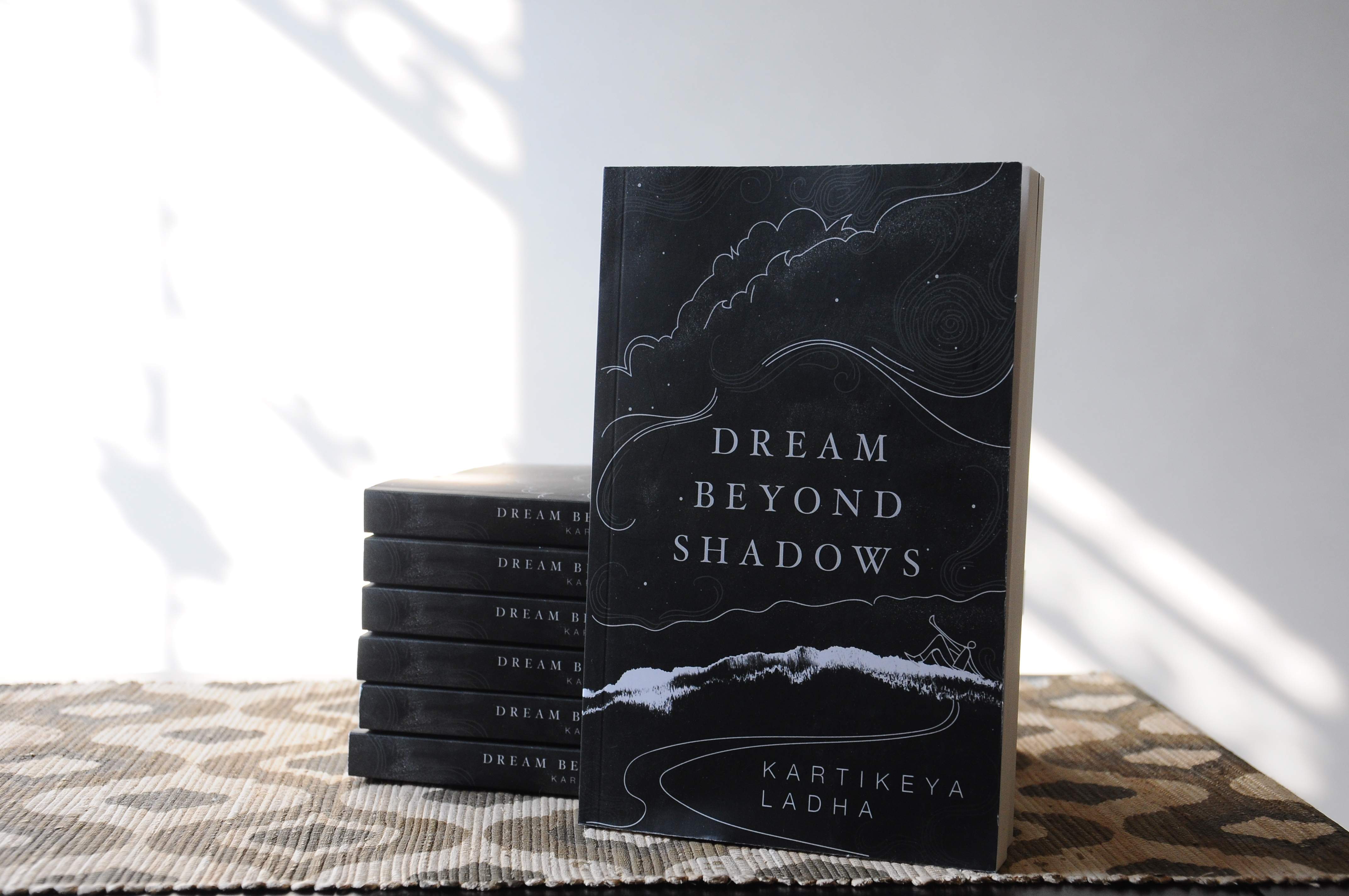 After spending almost three long months in Peru, he returned to India, where he spent some time in Ladakh and some parts of North India. It was here that he completed his first book. “NRIs don’t usually return back home, especially if they are comfortably settled abroad. But I felt that I had to come back because ours is a scared land, the birthplace of culture and spirituality. So I thought there was no better place to be in my quest to find the true meaning of life,” says Kartikeya.

Afterwards, he worked in the water industry in India for around 6 months, before deciding to embark on the Kanyakumari-Goa trip on foot. “This was also a spontaneous decision. I did not plan anything – which route I would take or even the logistics of it all. I just packed my bag, which contained a few essential items like a few clothes, a water bottle and a stick (to ward off street dogs). I carried some money to spend on food and cheap lodging,” he shares, revealing that quite often truck drivers and labourers who stayed in these lodges would stare at his ‘out-of-placeness’, wondering what he was doing there amongst them.

In a journey full of rich experiences spanning 3 months, Kartikeya covered 100 km in Tamil Nadu, 600 km in Kerala and 300 km in Karnataka, on foot, before arriving in Goa. “I was so happy to visit the Thanumalayan Temple in Suchindram, Kanyakumari. The linga in its premises represented Shiva, Vishnu and Brahma – I had never seen anything like it. I met the best of people in Tamil Nadu. People, especially the youth, stopped me on my way to ask me what I was doing, took selfies with me and even offered refreshments. Everyone often talks about the North-South divide – that a North Indian will be treated differently in the South, but that’s not true at all,” he avers, adding that people will get to know more about his ‘South India diaries’ in his book, The Nameless Walk, which he will finish writing soon.

But it definitely wasn’t a walk in the park at all. “My body, particularly my feet, was completely injured because I was walking continuously. In fact, while in Kerala, my feet had become double its size because of wear-and-tear to the extent that an Ayurvedic doctor told me that walking in this condition is equal to suicide. That’s when I stopped to rest for a few days,” Kartikeya recalls somberly. But he did not give up and continued walking after he got better.

So what did he gain from this experience? “Happiness and overall enrichment. Everything about me has changed. I have gained insights and there is depth in my thinking now. I am enjoying a different kind of freedom. I have realised that wealth is important, but wellness is equally important,” he points out. The fact that critics and readers have welcomed his book wholeheartedly (Dream Beyond Shadows is an Amazon bestseller) only motivates him. “I write to inspire people to ask questions and understand their purpose in life. That keeps me going,” he signs off.