Every time I lost, I knew it was not the end: P V Sindhu

Olympic silver medalist and world champion Pursula Venkata Sindhu says she's got a lot of expectations to meet at Tokyo 2020, while meeting children at the Velammal School in Chennai

Staying injury-free will be the main focus for world-champion shuttler P V Sindhu as she gears up for the Olympics 2020 in Tokyo. "Since it is the Olympic year, each and every tournament is crucial. I will have to be mentally and physically fit. I will have to pick and choose tournaments and ensure that I stay injury-free. You have to strengthen each part of your body," said the 24-year-old who recently won gold at the BWF World Championships.

Sindhu was in Chennai to attend a scholarship-award ceremony at Velammal Matriculation Higher Secondary School. She felicitated the sports achievers and also awarded scholarships worth Rs 60 lakh. She added that the euphoria from the recent win at the world championships was still sinking in, "The recent BWF win was fantastic and a much-awaited one. Now, of course, I have a lot more expectations to meet. I hope I can give my best at the Tokyo Olympics." 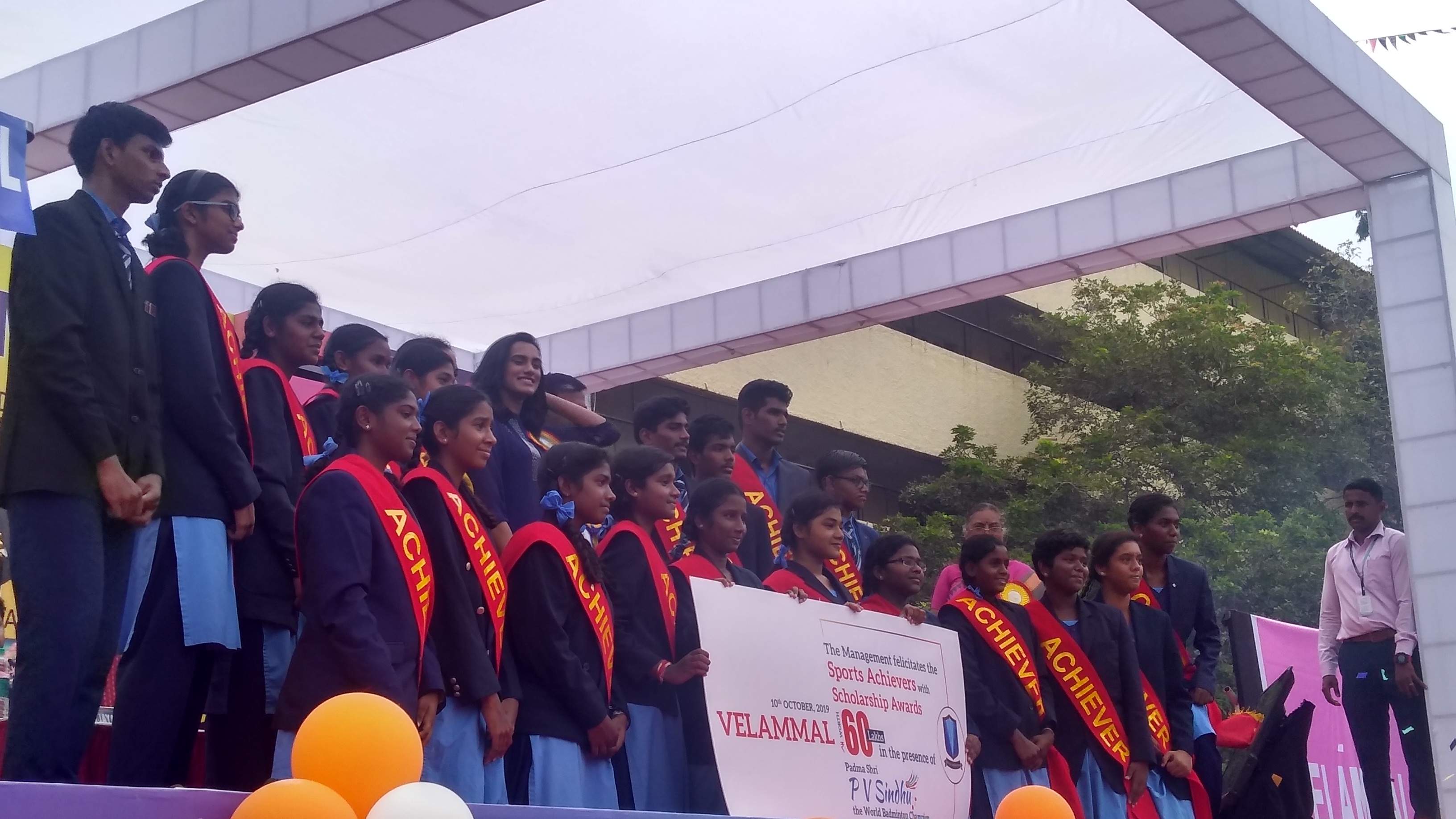 Role model: PV Sindhu poses with some of the achievers

After a grand welcome by the students, with some of them wearing masks of her face and others waving badminton racquets as she walked to the dais, Sindhu addressed the gathering and encouraged the students to keep fighting for their dreams. "I've made a lot of sacrifices. But I knew that if I had to achieve something, I have to make sacrifices. And that's why I'm here today as a world champion," she said, and added, "You'll never know what happens in the future. You lose some, you win some. I myself have lost a lot of matches, and I'm sure I will in the future too. What's important is that you don't make the same mistakes again. Every time I lost, I knew it was not the end."

The Olympic silver medalist also took a few questions from young aspiring athletes. She spoke about the importance of diet and making necessary sacrifices like cutting down on junk food. She also mentioned the contribution of her parents, both former volleyball players."My role model is my dad. He was a volleyball player and also received the Arjuna Award. Both my parents stood by me and made a lot of sacrifices for my dreams,"  she said.

On account of the International Day of the Girl Child on October 11, Sindhu spoke about how far women in India have come. "We've been doing really well. There has been a lot of campaigns to empower women and I think we women should believe in ourselves. Not only in sport, be it in business or any other sector, women have been achieving big things," she said.

During the ceremony, Sindhu was also awarded a cheque of Rs 15 lakh by the school management for her achievements.