World Dyslexia Day: How the MDA has used tech to transform the lives of dyslexic kids

Dyslexia is far more prevalent than most people think. The Madras Dyslexia Association has been working relentlessly for the last three decades to help dyslexic children lead better lives

Dyslexia is considered by researchers and therapists to be the most commonly seen learning disability, with around 7 percent of the global human population presently affected by it. This figure could potentially be around 20 percent, as many people who have diluted variations of the disorder do not realise it, passing it off as mere habits or unique traits. It isn’t a particularly noticeable deterrent either – one cannot tell a dyslexic from an ordinary individual by mere sight.

Unlike other learning disorders that could hamper, even extinguish, the affected person’s career in a short time, dyslexia is primarily characterised by the disability to read ‘normally’; the afflicted children and adults have difficulties in spelling words, reading quickly, writing words and understanding what one reads. Contrary to popular belief, dyslexic students are not handicapped per se – they are incredibly talented in fields aligned with arts and inventions; creativity is one of their prized virtues. Over the last several years, many organisations and establishments dedicated to providing relief to the dyslexic have sprung up across the country, giving them a fighting chance to compete with those spared of the disorder.

Back in time: How the MDA began its mission
Madras Dyslexia Association, a centre for lifelong management of the disorder, is one such institute, the brainchild of D Chandrasekhar. An engineer by qualification and a serial entrepreneur by occupation, he founded the association in 1991 after his son was diagnosed with the disorder. “When we enquired about the availability of rehabilitative centres in Chennai, 28 years ago, we found only one – and even they didn’t specialise in dyslexia. We literally had to start from scratch and formed an association. Back then, we didn’t have any major plans as such, as we just wanted to reach out and help in the transformative process of as many dyslexics as possible,” says Chandrasekhar, who is an alumnus of IIT Madras and serves on a number of boards.

He is ably assisted in running the association by Harini Ramanujam, the CEO of MDA. Designated as a master trainer-cum-assessor, she has plenty of experience working with dyslexic children. “I got involved with the MDA after coming across certain students in my daughter’s school, where I was volunteering. These children, who had a unique way of expressing their thoughts and possessed a different way of learning, really intrigued me,” says Harini, who hails from a commerce background. 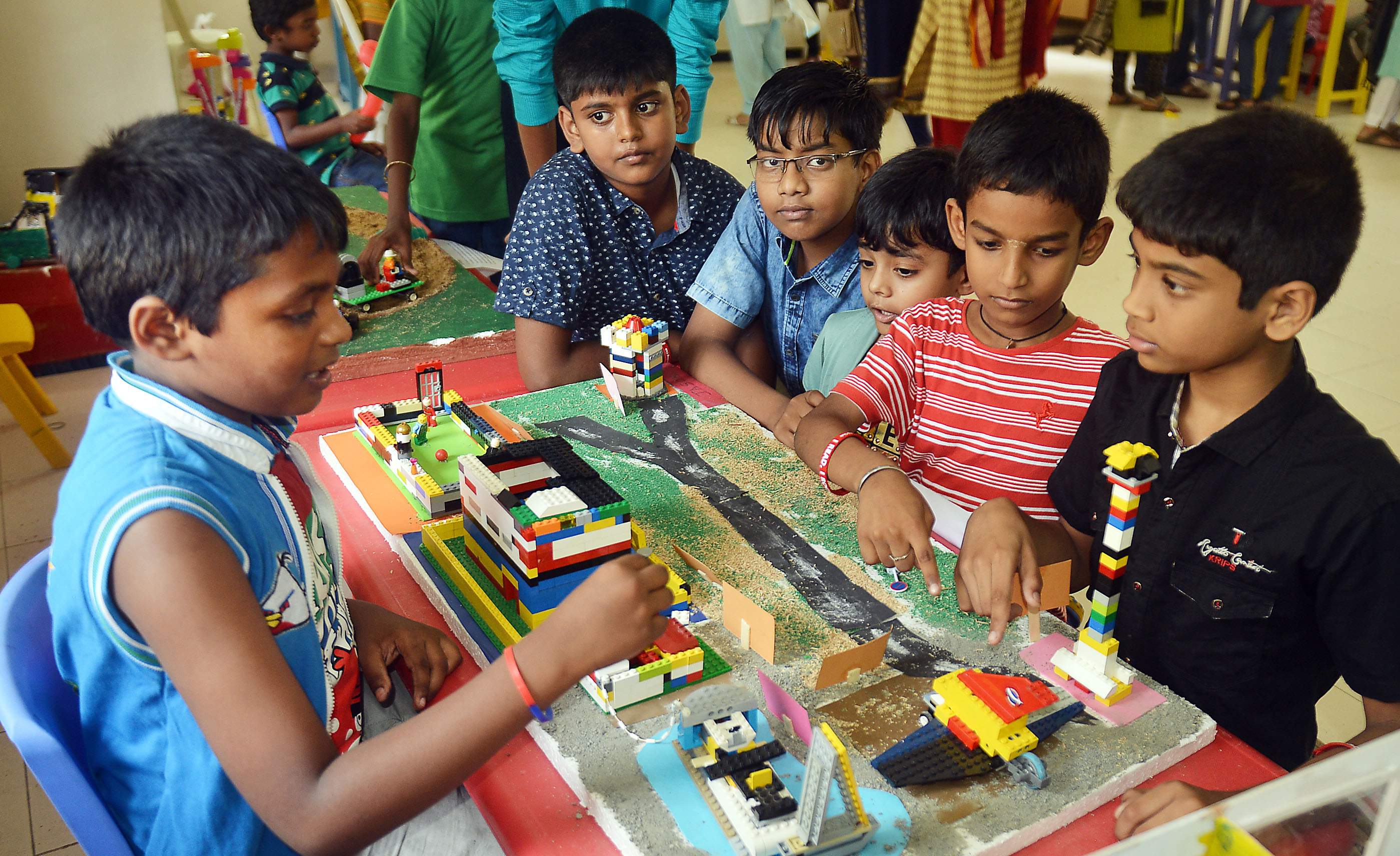 Training block: The students at MDA use creative methods to develop their recognition skills

Despite its present success and standings, MDA, like most establishments, had to weather it out during its initial days. “We were basically venturing into an area that was hardly treaded. Our first major milestone was initiating a remediation centre, which later became a research institute. Our second turning point came in the form of a decision which was taken collectively by the association. This pertained to the holding of our activities at the school level, since the necessary infrastructure and manpower were already in place there. Running a special school involves significant monetary expenditure — by holding our programmes and sessions at schools, we could make our efforts more feasible. Our third challenge stemmed from the requirements of dyslexic children belonging to underprivileged communities, who could barely afford attending school, let alone a special one,” says Chandrasekhar.

The tech touch and all that jazz
To this end, MDA has a radical plan in mind, the foundations of which have already been sown – instead of asking the students to travel to the academy, the academy will use the last word in technology to deliver its sessions at villages and other vernacular establishments via apps and the like. “We have developed apps that can be used by teachers to train dyslexic students. These teachers need to be extremely keen to learn, possess considerable passion for the topic, and above all, be willing to do what it takes to touch the student’s life beyond the functions of a classroom. Last year alone, we trained over 5,000 teachers who will now go back to their respective regions and impart their skills. We think of our app as an empowerment tool – anybody from Kashmir to Kanniyakumari can come to us, get professional training, and go back to their school to help dyslexic students,” he adds.

Harini emphasises the fact that dyslexic students are exceptionally strong in artistic fields, but training them can be a tricky thing. “Just like the rest of us, our students have off-days and mood swings. Sometimes, you cannot get them to do what you want them to do! While we have planned enriching sessions and events for them, we have to be flexible and accommodative of their feelings. They can occasionally come across as being arrogant or rude, but they aren’t doing it deliberately. In fact, dyslexic children are very caring and considerate towards people,” she says. The CEO further explains how there are three variations of the disorder (mild, moderate and severe), and that the first two cases are generally handled at the school itself. “In case of severe dyslexia, the students are referred here by the school administration. Once here, they undergo an assessment test. Dyslexia isn’t quantifiable, as in there are no percentages to determine the amount of disability, so to speak,” says Harini. 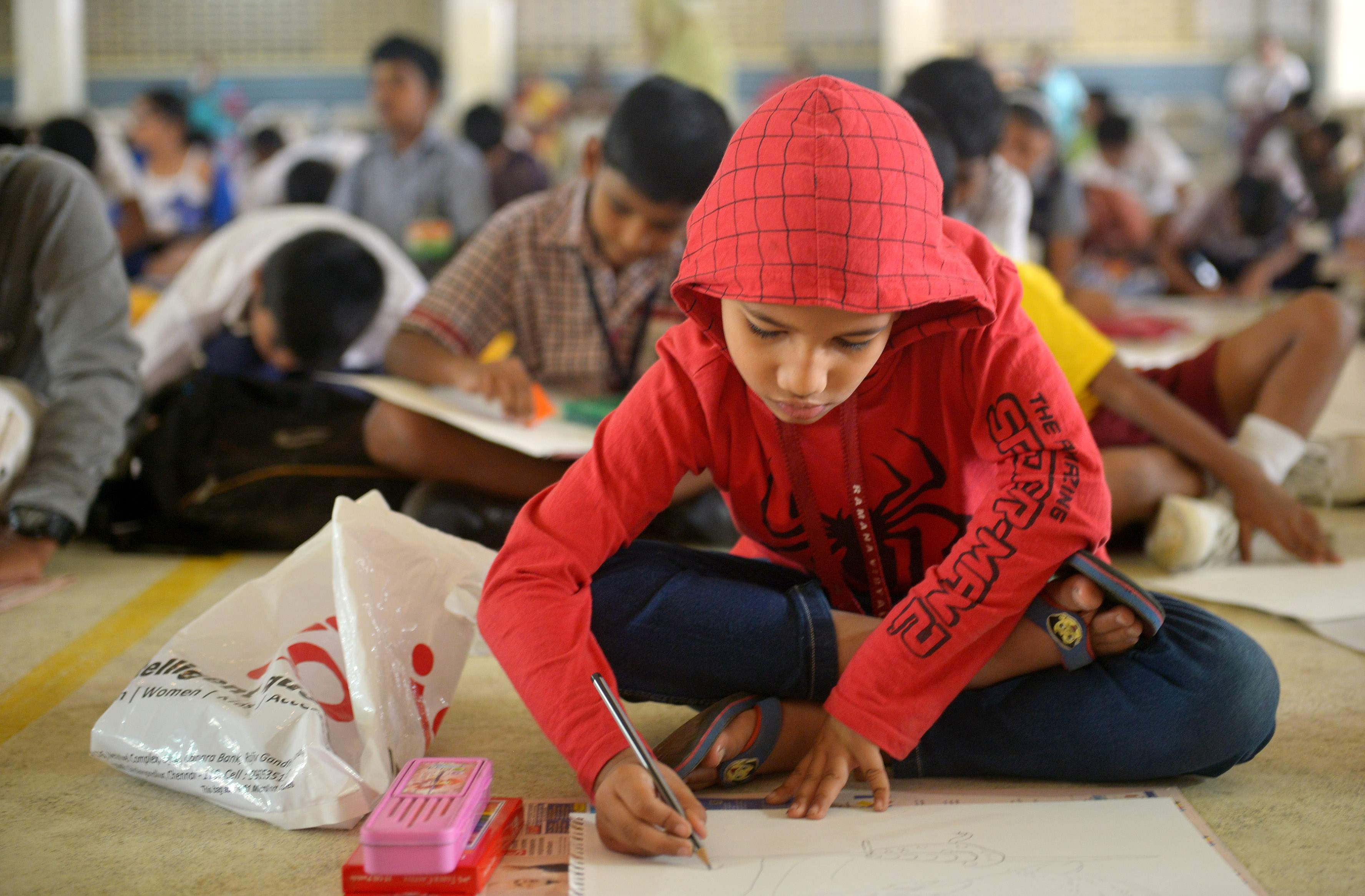 Artist within: Drawing is one of the most effective ways that dyslexic children express their imagination

That personal touch
According to analysed stats, one in six children in India has dyslexia. Even adults aren’t spared, albeit they are in a much better position to handle the issue if they were given training and guidance during their younger years. “The earlier you identify the symptoms and assist them, the lesser the gap will be when they mature as adults,” she adds. While MDA has many associations, particularly with IIT Madras, it has no affiliations. Their funding comes from generous donors, corporate funds and in some cases, money that is provided by the users themselves. “We have only 25 students here at the institute, and these are the ones that require our personal intervention. We manage our expenditure by outsourcing our user-friendly app to schools, and are currently in talks with the government to implement the same to schools across the state,” says Chandrasekhar. When asked about the strange fact that virtually all faculty members of MDA were women, the president promptly responded by saying that women are generally better with children. “When it comes to working with kids, women are normally more apt then men. Perhaps it’s because they are more involved with raising children,” he remarks.

As far as their future plans are concerned, it remains strikingly similar to what it was when they first founded the institute nearly three decades ago. Without being overly ambitious and expanding physically, as in opening additional branches and incurring mounting expenditures, MDA wishes to impact more and more dyslexic students by its innovative approach to the disorder. “Ultimately, we want to achieve national impact. We want to do whatever is possible to aide these children. If anybody wants to join us, they can do so,” concludes Chandrasekhar happily.