Sanjana Dipu, who plays the hard-hitting gender stereotype-bending character Mulla talks about her first acting role why a male security guard nearly frisked her at a mall

Up until a month ago, the world was not supposed to know that Sanjana Dipu existed. Anyone who has caught a screening of Malayalam film Moothon would concur that hers was the first name they had Googled after it. Her character Mulla's pivotal gender reveal was the film's biggest secret. And to keep it that way, she wasn't even revealed in the film's posters. Now that the film has been released to critical and popular acclaim, we can can finally put a name to the face that has made us think about gender and why we think of it the way we do.

The second year student of Psychology admits that she didn't look like a 16 year old when she was 16, and that might have been exactly what had won her the role. In December 2016, an unwitting Sanjana was catching a show of XXX: Return of Xander Cage when she ran into Geetu Mohandas, the director of the film and a family friend. As they embarked on a small talk-fuelled-conversation about common friends and the love of films, Geetu stopped speaking mid-sentence, lost in thought and staring at Sanjana like she had seen a ghost. Although Sanjana found the whole interaction deeply weird, Geetu had just found her Mulla. In January, she got the part. THE ELDER ONE: The filming of Moothon began in 2017

Having wanted to act since the age of 7, Sanjana used to grab at every acting opportunity that came her way. But her parents always said no, saying "There's going to be a better role". Moothon is her first actual acting experience, save an ad film she starred in when she was in the first standard and a music video for a cricket match that never aired. Sanjana believes that it was her parents' constant support and insistence on quality that had built up to this role.

Once the movie happened though, things were different. "After I got the part, I went back to school with my hair chopped off, wearing my cousin brother's clothes. Needless to say, my friends and teachers were perplexed!" says Sanjana. "I had to dull down and lose weight. In the following months, I had to learn to look like a boy, speak like a boy and walk like a boy." Sanjana went through a series of workshops with the other actors of the movie. In her first session, it was Sujith Shankar, who played the role of a transgender called Latheef who taught her the basic mannerisms she should adopt as a boy. As a part of the learning process she dressed like a boy so often that the security guard at a mall even tried to frisk her in the men's section once! 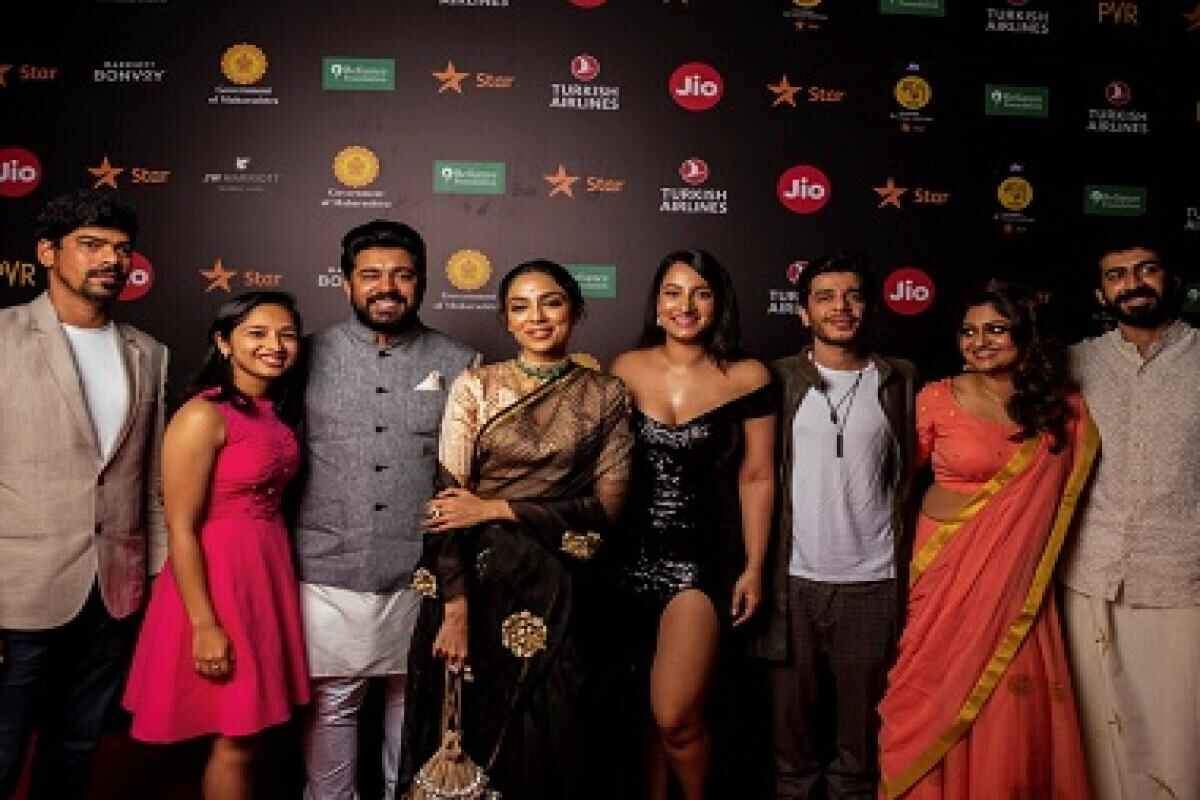 CAST AWAY: The team behind Moothon at the MAMI Mumbai Film Festival

The character is a game-changer, in more ways than one. "Mulla is raw and original," says Sanjana. "She's unaware of the outside world because she has been secluded from it in this island called Lakshadweep. She hoped to see the world around her. Although she set outside to find her brother, she still had that urge to see Mumbai for herself. Mulla is also filled with hope. That's the idea of her that I anchored myself to the most."

Hers is a character that displays the simplicity of gender. Sanjana explains, "Mulla chose to be herself. She didn't have anyone to guide her, she was alone. In Lakshadweep, she was okay being herself because there was nobody putting pressure on her. They allowed her to grow up as she pleased. The way her identity is perceived changes once she reaches Mumbai. It actually becomes a saviour in a place like Kamathipura (where the film is based). It is only when she meets Latheef that she really begins thinking about gender." For a cinema lover like Sanjana, Moothon was a literal dream come true. She says, "To be able to work with legends like Geetu Mohandas, Rajeev Ravi and Anurag Kashyap all in one go was such a blessing. Nivin chettan makes even the most serious scenes funny, you can see him laughing a minute after delivering a bone-chilling dialogue! Everyone had something special to teach me. From the costume to the makeup team, everybody involved with the film were professionals who were recognised for what they do. I was surrounded by a lot of people I looked up to. Although it was difficult for me to find my own place there, there was a sense of respect for everyone. They always respected my presence and took care of me, I was the baby on board!"

We won't be seeing too much of Sanjana on the silver screen though. The class topper hopes to focus on her third year of college. But now that she's dipped her foot into acting, she's ready to take the full plunge as soon as she can. "I would love to do roles that have an impact like Mulla. Here, I explored what it is like to stick to one gender or what it's like to be a cross dresser. This is the type of thing people notice, you think about it later. I want to do roles that make the audience think." The secret charm of Moothon is ready to grace the larger world of cinema.