We spoke to Revathi Radhakrishnan of Vanavil Trust, which imparts quality education to tribal children in order to integrate them into the mainstream without compromising on their cultural identity

In the aftermath of the 2004 tsunami that wreaked havoc in many parts of South India, scores of concerned people from all walks of life had actively participated in the rehabilitation of the affected populations. Among them was Revathi Radhakrishnan, who was working in the film industry as an associate director with Gautham Vasudev Menon. “As a former journalist with many friends still active in the media, I got to know that Nagapattinam was the worst affected among all the districts in Tamil Nadu and that there was a requirement for more volunteers to join the relief efforts. That’s how I got there and at first, I was involved in clearing dead bodies that had piled up along the shore,” recalls Revathi grimly.

Later, it was when she had started working with the children who had been affected by the disaster —making sure that they were very much a part of the relief network by getting relief materials for them too —  that an incident occurred that would change the course of her life and career forever. “I met a child at the Nagapattinam bus stand who was begging for money. She was carrying an emaciated infant, who clearly looked malnourished. This alarmed me because at that point, Nagapattinam was overflowing with relief materials and we believed that we had reached almost everybody in need. I remember thinking ‘What is the need for this child to beg now?’,” she explains. 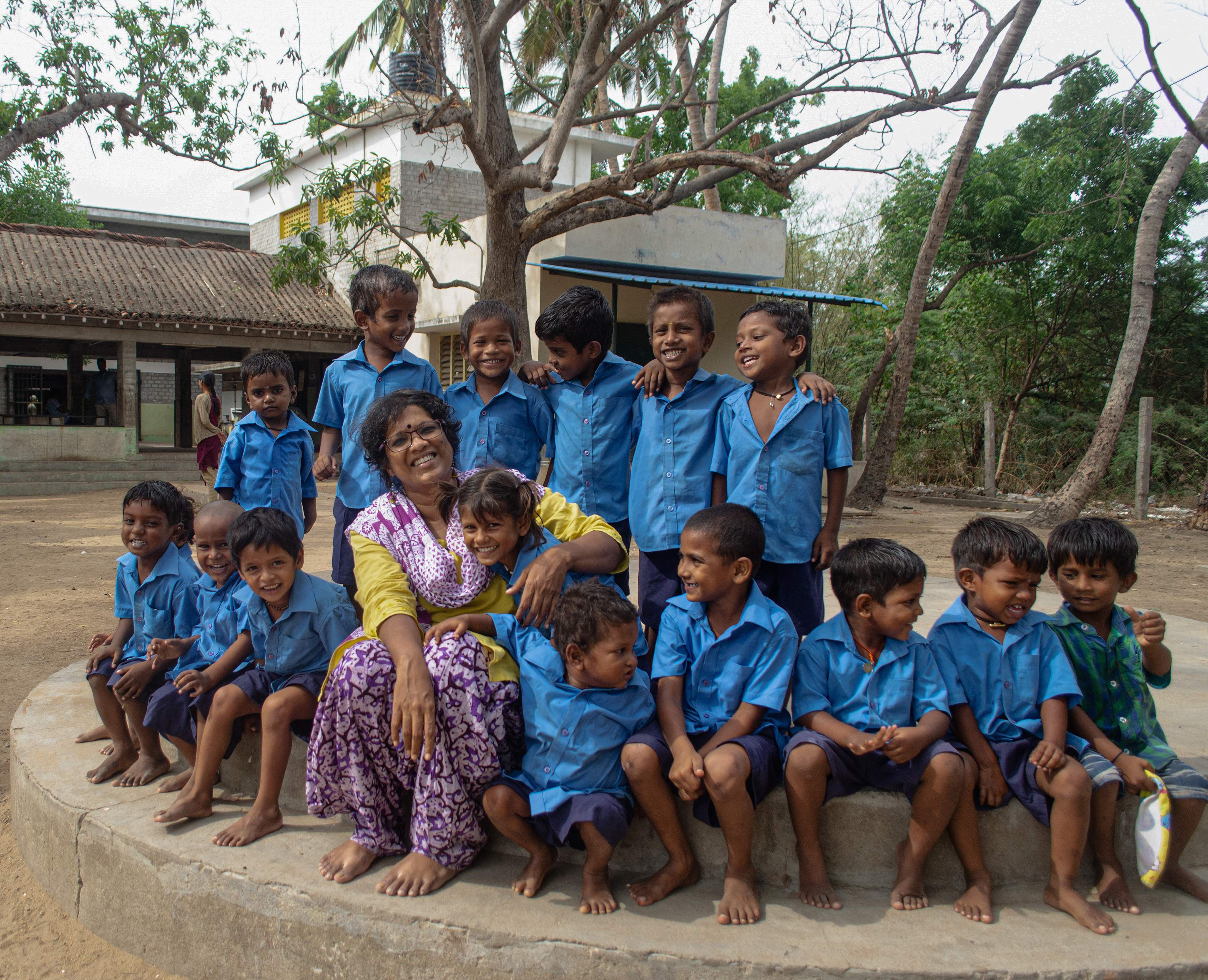 To understand her family background and where she's coming from, Revathi and a few other volunteers followed the child until they discovered 43 families belonging to the Boom Boom Mattukaran community, a group of nomadic tribal people, in an otherwise isolated park. “Not only were they not a part of the relief network, the women and the children were also actively involved in begging. That’s how they had been earning their livelihood for generations. We helped them get the necessary materials via the district administration and were almost on our way when we learnt that the girl whom we had followed, Lakshmi, had succumbed to malnutrition,” Revathi reminisces, adding that this incident shook her to her very core and that’s why she decided to get involved with the children in tribal communities like the Boom Boom Mattukaran and the Narikuravar, as she believed they deserved a better future than the one they had in store for them. And this gave way to the formation of the Vanavil Trust in 2005, which first started out as a school and rented out space in Vellur village, Nagapattinam. The first batch consisted of 35 students from both the tribal communities. 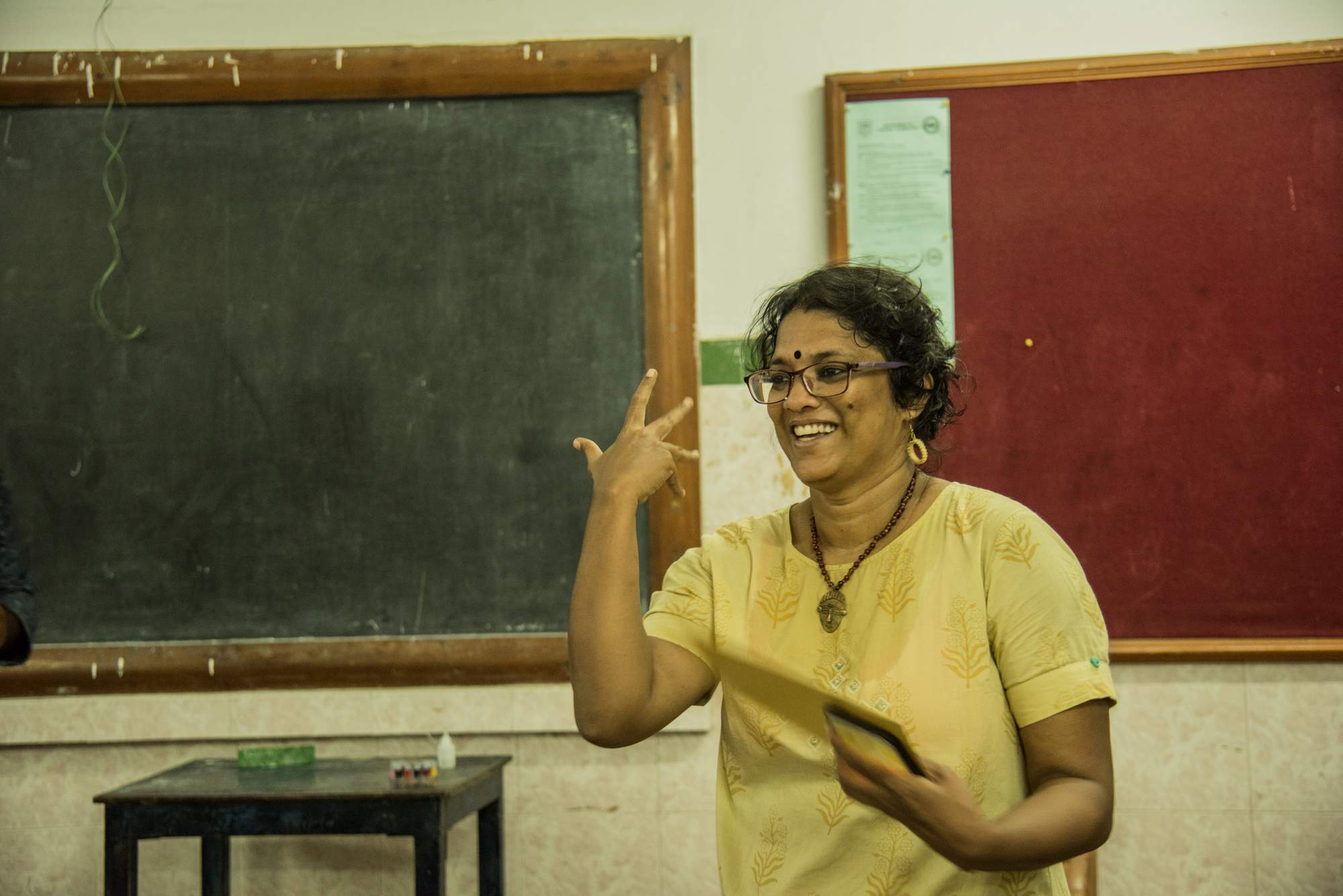 When she first began, there was no structured roadmap in place. All Revathi had mind were three aims — educate the children, give them nutritious food and get them out of begging so that they could slowly integrate into society and become active, responsible citizens. As ambitious as her aims were, the challenges that accompanied appeared to be major roadblocks too, at least in the beginning.

“One of the main challenges was getting the children interested to come to school as traditionally, no members of these communities ever went to school.  Even if some of them had, they had dropped out. And as these communities were largely nomadic in nature, the attention span of the children was also low when compared to other children. Secondly, we knew we could not put them with other ‘normal’ children in the same class as they were more prone to violence because they came from a world where survival of the fittest reigns supreme. Because of this, other children would never treat them properly and this always pulled them away from the education system. Yet another issue was the underdevelopment of the children’s limbs due to the fact that the mothers would carry them on their bodies in a sling all day when they went begging. And finally, the cultural practices that they followed as never congruent with modernity — they believed in child marriage and this, coupled with the problem of malnourishment, put a lot of strain on teenage girls of the community and affected their physical and mental well-being,” shares Revathi, who points out that with sheer dedication and the use of innovative teaching methods, she and her team were able to get around most of these problems. To get the children to come to school, Revathi and her team came up with a range of creative methods after understanding what appealed to them the most. “We asked them why they liked to engage in begging, to which some replied that it was because it’s what their families asked them to do and others replied specifically that they did it as they would get money to watch films in theatres by renting cycles on an hourly basis. So, we bought them cycles and took them to watch every movie that released – first day, first show. We got their attention in these ways and ensured they came to school,” she says.

Revathi also observed that the children were good with counting money even if they did not know the first thing about Mathematics because of their tryst with begging. “So, we decided to teach numeracy via the use of monetary transactions. We took them to various places as they loved travelling. We encouraged them to draw and sketch these places and eventually told them to write about them. That is how we took care of the literacy part,” she avers, informing us that theatre, art and dance are also a big part of their learning process.

“The tribal communities have always been involved in street theatre for generations. Music and dance come naturally to them as well. For example, the Boom Boom Mattukarars are soothsayers who play the shehnai-like pipe and drums. So, we decided to make use of these creative channels to open their minds to education,” Revathi says.

Many success stories and counting In 14 years, a lot has changed. Initially, the school run by the Vanavil Trust had only tribal children but today, they also have children who come from broken families or children who have nobody to care for them who are referred to them by the Social Welfare Department of the Education Board. Apart from a primary school, they also run a children’s home where they house and feed the children, and after-school centres in six villages in the Nagapattinam and Thiruvarur districts.

After the children complete their primary education, they are sent to high schools and colleges in other places in Tamil Nadu. More than five students of the school have gone on to graduate from high school and college from different institutions across Tamil Nadu. “For example, P Sudha has completed her BTech and is an intern in a Chennai-based IT company. Veena is pursuing her Visual Communication in Loyola College, Chennai. She wants to become a journalist so that she can work for the betterment of her community and make sure that the world takes note of her community. In a sense, they have become ‘modern’ but without losing touch with their cultural roots. That’s exactly what Vanavil stands for. Today, we impact around 450 children but we want to reach out to at least 1,000 children. We are raising funds on Milaap, an online crowdfunding platform for this purpose. We want to pull them out of poverty and give them a shot at a stable life,” Revathi smiles.