If nothing else, Thunberg’s actions have had a domino effect of opening people’s eyes to the issue at hand. One organisation that was quick to listen up was the Rise Up Forum. This organisation that works to bring attention towards ecological issues was left reeling after listening to Thunberg’s words. “We heard about Greta’s protest and thought that it was an extremely strong gesture. My first instinct was to look into the scope of setting up something similar in Kerala,” says Heshikesh P, co-founder of the organisation. 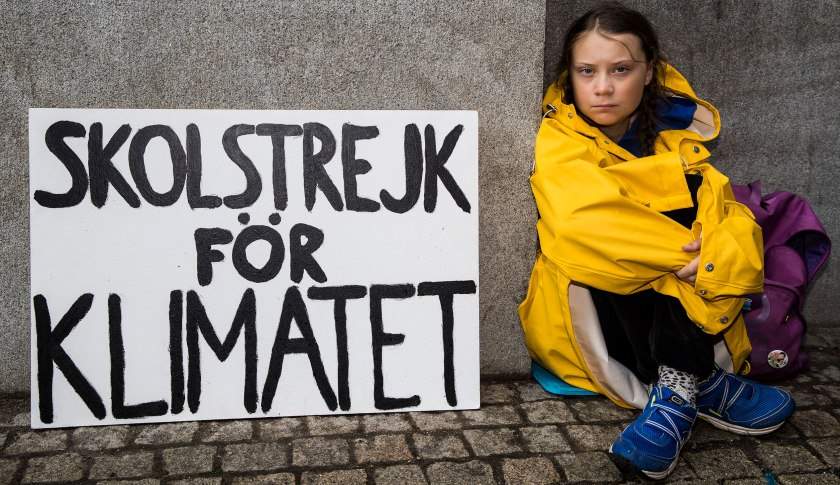 Thunberg's war: At 16 years, Greta Thunberg from Sweden dropped out of school to bring awareness to climate change

A week before our conversation, Heshikesh and his team had organised a cleaning programme in Thirunelli, a tribal area in Wayanad because wild animals had made their way into the city and some of them were found dead due to the overconsumption of plastic. “This was more than a wake up call for us to change things up,” he says. So as a response, they held a silent protest at Mananchira Square in Kozhikode on May 24.

Heshikesh found that the implications would be very high in Kerala. Heshikesh explains, “We need to be on alert because we live in a coastal area. When Antartica begins to melt, the sea level will rise by 180 ft. Maldives, Sri Lanka etc will also be affected, so climate change is definitely something that Kerala needs to be worried about. We are also concerned about the nation. Ours is the 3rd most polluted country in the world and the 4th highest carbon emitting country in the world. I thought that the voice of Greta should be heard here."

Rise up forum always seeks to vouch for the environment. On May 26, the team cleaned up the Calicut beach. As World Environment Day approaches on June 5, the forum is also planning to plant 100 trees across different parts of the state. Heshikesh P who is now General Secretary of the organisation co-founded it with Jinsil PK during the floods. What was born as a WhatsApp group grew to a much bigger initiative. People gathered from the worst affected places like Chengannur and they coordinated with volunteers from around the world. Today, this seed of conservation has grown to represent something much larger.