In conversation with Meghana Prakash, who is a VTU topper in Electronics and Communication Engineering, we find out the secret behind her success

When Meghana Prakash's name was announced among the toppers list during the VTU convocation, she was excited and her happiness knew no bounds. A former student of  Vidyavardhaka College of Engineering in Mysuru, Meghana studied Electronics and Communication engineering. With her 88.52 per cent, she is not just the topper of her branch but a topper among all the other rank holders of other branches in VTU. She bagged as many as six gold medals from E&C branch.

When we asked her about how she felt to be one among the toppers, she says "It was a great moment for me when my name was called on the dais and I will never forget this moment. When I finished my class XII, I thought of pursuing medicine but mathematics has always been my favourite subject. Since logical reasoning is also a huge part of the engineering field, I chose to study E&C." 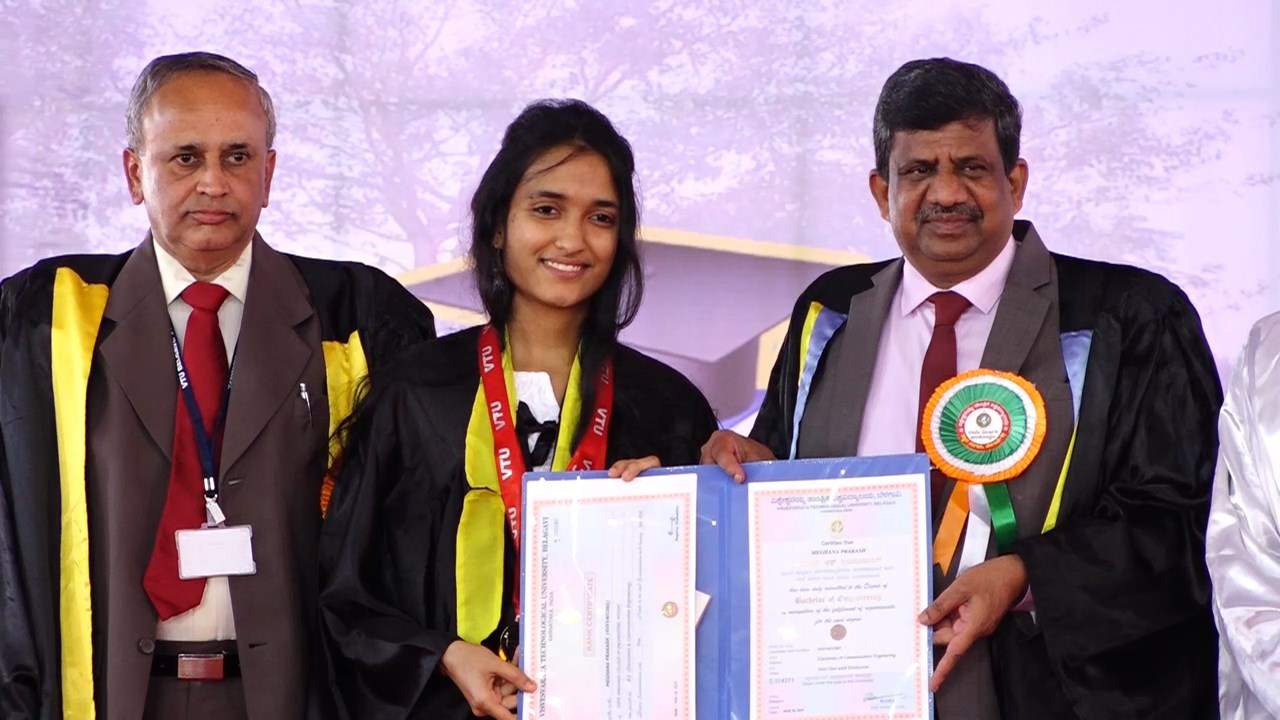 The secret behind her success she says is not just to work hard but to work smart. She would dedicate one hour every day to studying after she returned home from college and would revise whatever was taught. "The fact that I studied every day for an hour instead of studying in the last minute for final exams helped me score good marks. During end semester exams, it was less stressful to study. Of course, I would spend extra hours during semester exams but it was just to revise the chapters. I remember that during my third-semester final exams, my health was bad but I was still able to score good marks," she adds. Even during final exams, Meghana was not one to stress or panic. Since she loves reading novels, she would either read or watch movies during her study holidays or in her free hours.

According to Meghana, Digital Signal Processing, Signals and Systems and Field Theory are the three important subjects for E&C student and they are also some of the most difficult. For this topper though even these subjects were easy to crack, "For me, it was more about understanding concepts and formulas. We find various formulae in the Field Theory subject. Most of the time, students commit a mistake by remembering only the formulas and not their derivations. It is important to understand derivations so that one can solve even the most complex problems in this subject."

Meghana's parents are equally happy about their daughter's achievements. Her father R S Prakash is a insurance surveyor and loss assessor and mother Sandhya Prakash is a home tutor. Her elder sister, Mridula Prakash is a Project Manager in  L&T Technological Services.

Apart from core engineering subjects, Meghana is well versed in Mathematics and she says that Math is her favourite subject, she scored 99 out of 100 in the first four semesters. Now, she is working as an engineer in a start-up called Kaaya Tech in Mysuru. Further, she plans to study MTech and work in the research field in India.