Why Christel House's approach to education is working wonders

Jaison C Mathew, CEO of Christel House, India talks about how their education model has been successful in educating and lifting children and their families from poverty

While most schools tend to fudge over numbers or don't want to get candid about the stats that their students have achieved, Christel House goes the other way. Every singlle detail about their students — ranging from their caste break-up to how many have achieves distinctions to what their retention rate is — is available on their website. And that transparency, for an NGO that runs a school for holistic uplifting of poverty-hit kids, is refreshingly honest.

At Christel House, it is their unique education model that has brought them this outcome for over 18 years now. Christel De Haan, founder of Christel House squarely put the focus on quality. Jaison C Mathew, the NGO's Chief Executive Officer, talks about their rather offbeat philosophy, "There have been challenges when we were using the outcome-based education model. But we stuck to it. Our model concentrates on the child as a whole. We start taking care of the child from the age of 5 till 22 to see that they are educated and gainfully employed which is very rare in institutions. While we have an in-house teaching facility from kindergarten to class XII, the graduates from Christel House get into our College and Careers programme, where we help our students choose appropriate courses and institutions to pursue their higher education."

One of the biggest challenges for the team is the lack of a support system as most of the children are first generation learners. Jaison explains, "Initially, when I approached the parents, they would say that their children are earning, so why would they send them to school. But after a lot of counselling and showing them positive success stories, they would agree to enrol their children in school. There is no parental support which is why we make it a point to hire experienced teachers. It is these teachers who become their de facto parents by giving them moral support and guide them when they are on the wrong path."

Motivating students to attend classes regularly and study every day were the other two challenges. But, the faculty has been working hard only to see that on an average there is 97 per cent of attendance every day. At present, there are over 860 students from kindergarten to class XII. They also have counsellors who help students deal with exam stress, peer pressure and other issues. 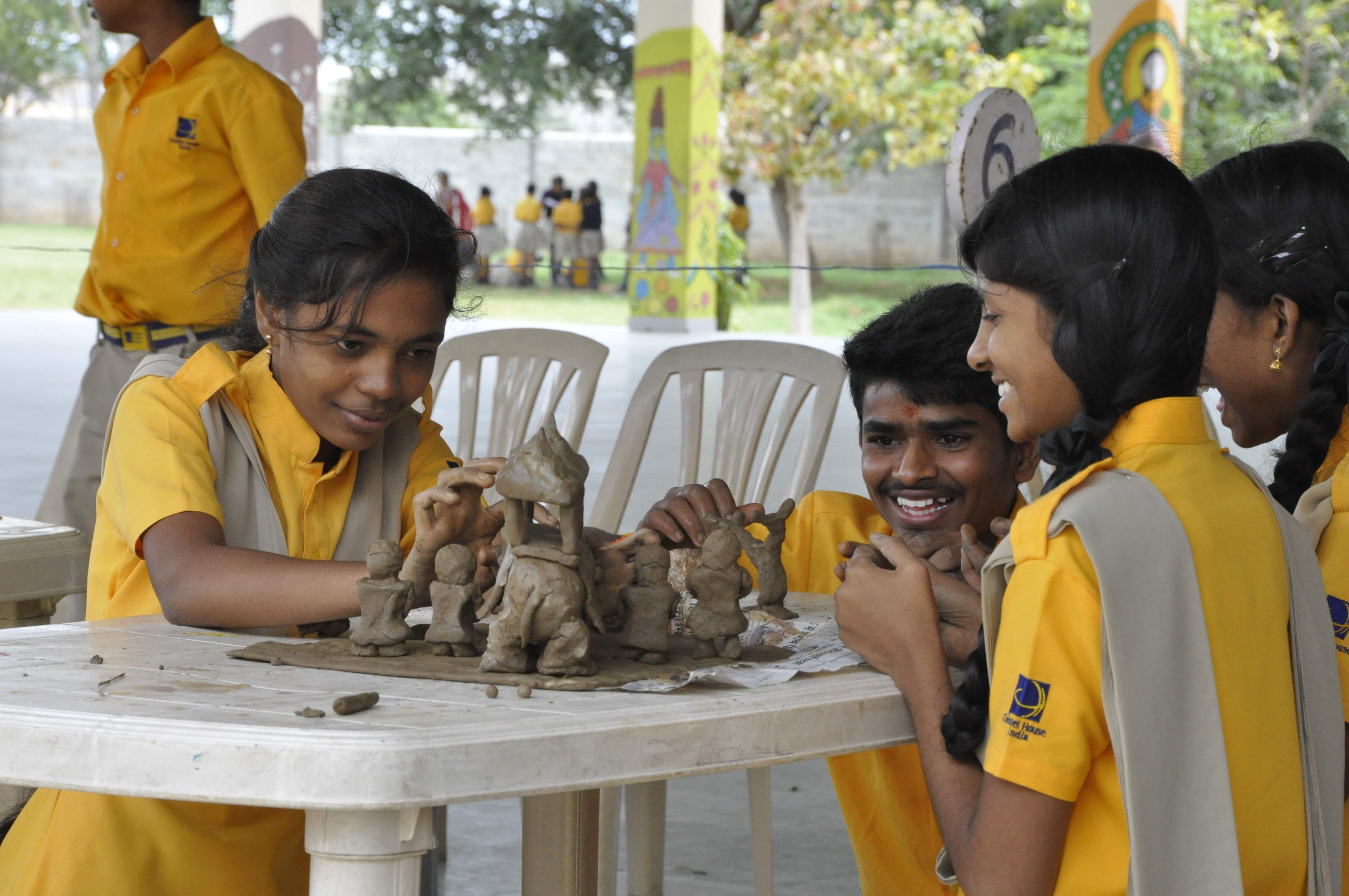 Christel House also deals with the issue of hunger — often a key issue when it comes to dropout rates. The students are provided two meals for a day. "Since these children come from very poor families, their main issue will be getting at least one meal for a day but we take care of this. Hunger should not become a reason for children to drop education," he says.