What sort of person goes into a hospital room and try to lighten the mood? A medi-clown of course! We catch up with Fif Fernandes and Hamish Boyd who run the MeDiClown Academy in Auroville

A few hours before writing this copy, I was at a hospital. A hospital that smelled of an unknown medicine. It definitely wasn't reeking, but the tone of the fragrance was definitely dismal. The corridor was eerie and gloomy. Everybody there was running around like it was the apocalypse. Patients sat clueless and stressed, waiting for the doctors to pass judgment on their fates.

Needless to say, the setting was depressing.

Now, try imagining a certain face there. She wears makeup, not at all subtly. Her lipstick is loud and smeared to form curves that run from her left to right cheek. Her nose is red, she wears a long pointy hat and vibrant clothes. She walks with a gait that can only be described as humorous and her one aim is to lighten the mood in the hospital. Welcome to the world of medical clowning. Here, a group of specially trained clowns visit hospitals and spend time with the patients to spread positivity and hope among them — and hence lighten an otherwise stressful environment.

Fif Fernandes and Hamish Boyd are two such clowns. An Auroville-based couple, they also run MeDiClown Academy, an institute that trains people to be medical clowns. Founded in 2013, the academy is now all set to offer a Fellowship in the Art and Science of Medical Clowning, accredited by Saveetha University. The 600-hour-long course which will begin from July 22, is open to all graduates, irrespective of discipline. The course is also the first-of-its-kind in Asia.

"India has one of the highest levels of suicide, so there is a lot of scope and a need for clowning, to manage stress levels. With this course, we are now looking at students with special needs and kindergarten students and also aiming at reducing the number of cases of ragging, teasing and bullying and alcohol and substance abuse," says Fif. 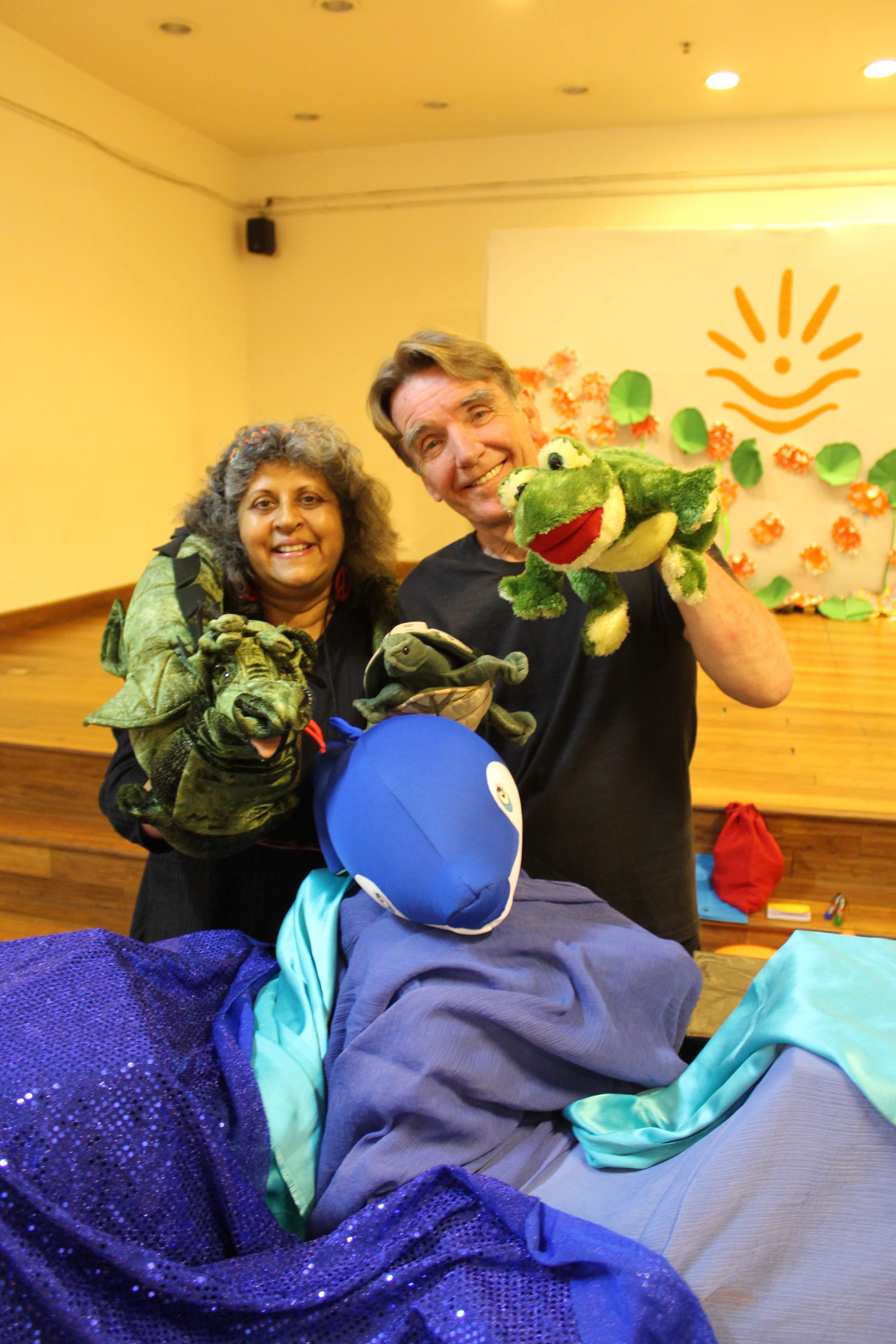 Ahead of its commencement, we caught up with Fif and Hamish to know more about their clowning story and how they ended up training people to be professional clowns. Excerpts from the conversation:

How did you both begin clowning?

Fif: I am an Indian born in Tanzania. Hamish is Scottish and was born in England. As a teenager, I started volunteering in the slums of India with the nuns of Stella Maris College. I'd often joke around because that's the way I was. I remember a particular incident from that time which had a huge impact on me. One day, a 16-year-old girl was rushed to the hospital because she had tried to commit suicide. I prayed for her survival, but unfortunately, she died the next day. I went to Canada 20 months later to complete my training as an actor and director. But I always knew that I wanted to come back to India. After graduating, I worked as a medical clown for 30 years. I met Hamish just before I started.

Hamish: I'd been an actor since the age of 10, which was way back in 1977. My father was an eye surgeon. He got me a job in the hospital where he worked in Canada, as a nursing orderly. I was a nurse there for five to six years, working with different kind of people. I worked with them as they were dying. I was floating around the hospital because the staff and the patients liked my sense of humour. Later, I finished my Bachelor's in Fine Arts and worked as an actor for a few years, until I met Fif in 1985. She got me involved in clowning. There was a good connection between us because we both came from medical families and we both are actors.

How did you end up coming to India?

Fif: After Hamish and I got together, I was hired as a therapeutic clown in a paediatric department. I also worked in ad-hoc facilities. Later, in 2012, we landed in India and began our new home in Auroville. We were doing hospital clowning at the Kailash Clinic in Auroville, having a fantastic time. As people heard about our work, we were invited for conferences and to facilitate sessions at schools and hospitals. One day, someone at a school asked, 'How can I be trained?' So we started doing small workshops. That's when I thought of merging it with therapeutic clowning, which is actually a paid career. That brought us into creating an Indian context to clowning.

How did you finally start the academy?
Fif: Our initial funshops (fun workshops) were on performative clowning. It was more at a level of having fun. But then, we realised that it had to be much deeper. In 2014, we were speaking at a conference in Florence and everyone suggested that there has to be an accredited programme for medical clowning. That's how we decided to design the course.

Did people mock or criticise you when you tried to tell them that clowning is an actual profession?
Hamish: People were actually really curious. They hadn't heard the term Medical Clown in India. Most people regard clowns as jokers and comedians. With medical clowning, it is deeper. When a clown enters the room, he has to have all the senses open. It is also sensitivity training. We never really had people being negative. They were mostly delighted and enjoyed the stress relief and theatre skills.

Have you had instances of people opening up to you about harrowing personal incidents?
Fif: Many times, we have had people opening up to us. Often, doctors do not have the time to sit with their patients. But not the clown. They often end up telling you things that the other people do not know about them. So, it is very easy to get your head blown out of proportion. I would often have to take it up to the doctor, nurse or the social worker. This also applies in a corporate setting and in a school. At the same time, it is terribly profound when someone dies. I've seen the monitor hit the flat line many times while sitting next to the patient. But as a clown, I have to hold it in. But my eyes often failed deception.

How much time do you spend at a hospital usually?
Fif: Ideally, a clown should not be putting in more than seven to eight hours a day at the hospital. But there are many times where I've been there 18 hours a day.