Yogi Sekar is an upcoming playback singer in Kollywood and has also been a participant in Super Singer 7. The song Pottakattil Poovasam from the movie Pariyerum Perumal was sung by him

For Yogi Sekar, his passion for music made him what he is today. If you still didn't guess who this talented lad is, then listen to 'Pottakattil Poovasam' from the movie Pariyerum Perumal. He is not a trained singer and began his career as a background singer. "I came to Chennai to pursue higher studies from Ulundurpettai (Viluppuram). In 2006, there were a few performing artists who used to sing for local functions. That was the first time, I got the opportunity to sing on stage. I joined an orchestra band, and then entered the music industry as a background singer. That's how my profession began," says Yogi.

When asked how he was chosen by Santhosh Narayanan for the movie, Yogi says, "Santhosh sir is a good friend of mine. I usually call him "bro". Before singing a song in Pariyerum Perumal, I had already sung a few backing vocals in the movie Server Sundharam, Meyatha Maan, Kaala under Santhosh sir's guidance. We are also neighbors. I had been close to Santhosh sir. We have a  local cricket club in our area and we used to play cricket together."

Adding further, he says, "A year ago, a programme was telecast on Star Vijay (Neeya Naana) for the occasion of valentine's day. The topic was Musicians versus Music lovers. In the show, I sang Rasaathi from Thiruda Thiruda and Roja Roja from Kathalar Dhinam. This performance somehow went viral on social media and lyricist Vivek of Mersal- Aala poran thamizhan fame showed the video clipping of the performance to Santhosh sir. At that time, he was looking for a voice to sing in the movie Pariyerum Perumal. Vivek suggested my name as he was the Lyricist for the song. Santhosh agreed and gave me a chance. And that's how the song, Pottakattil Poovasam happened. This was completely unexpected." 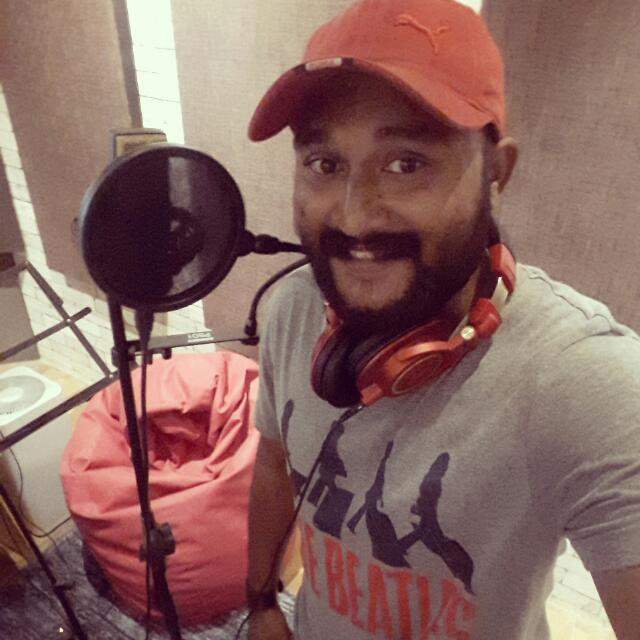 Yogi joined Super Singer 7, a reality Tv show in Tamil, to gain recognition after his first song from Pariyerum Perumal became a hit. "Super Singer has been a fun experience and the judges were really supportive," he adds. After Pariyerum Perumal, Yogi has sung a song in the movie 'Dharmaprabhu' which was composed by Justin Prabakaran. Yogi dreams to sing a song composed by AR Rahman someday.

Speaking about his future plan, he adds, "I want to become an independent performing artist. I would love to go on a world tour and sing in front of all kinds of audiences. I have made a few albums and want to release them but I'm waiting for an apt platform to make this happen."