Meet Sriram, a 22-year-old ethical hacker from Pondy whose passion for hacking got him listed in Apple's hall of fame

Most of us let our childhood interests slip away. But this 22-year-old from Pondicherry decided to work on his dreams to make it possible. Sriram, who is an independent security researcher and works with several companies on application penetration testing, founded his own start-up PrimeFort, Pvt.Ltd., in 2018. He along with his team of friends, provide cybersecurity to various companies. PrimePilot also conducts workshops, Sriram and his team visit colleges and educate students on the technicalities of cybersecurity. Sriram, who got listed in the hall of fame of Barracuda Labs, Apple, Blackberry, Splash ID and many more such companies for reporting severe vulnerabilities, has also been a part of numerous talk shows pertaining to cyberspace.

Following your passion isn’t so hard after all!

As a child, Sriram was always keen on knowing how the computers worked. He was just three years old when he started learning how a computer works. In the process, he learned about software and how it runs the system. Just like every other kid, when exposed to the internet, he also logged on to various social media platforms. Out of which, Sriram says he remembers one instant messaging platform specifically called 123 Flashchat. "There was this gentleman who kept abusing all of us on the platform. We blocked him a number of times, but then, he managed to bypass and get back. At one point, he started speaking to all of us which gave me a chance to ask him how he kept coming back. He explained that he kept changing the cookies and the IP address. It was the first time I was exposed to such terms", says the 22-year-old. This was where his journey of becoming a successful ethical hacker began. From learning just about systems, he began to learn about the ways to hack and also the pros and cons of it. He started reading blogs, researching on the internet and that's how he self-taught himself the art of ethical hacking.

Sriram worked for one of the biggest cybersecurity companies when he was studying in 12th grade. He pursued B Tech after finishing school and continued to hone his skills in ethical hacking. "During my second year of college, I began going to other colleges to conduct awareness programs. I did this purely out of my own interest as there were not many people in Pondicherry to provide information on cybersecurity. Since I was earning at the time, I conducted these awareness programs for free," he adds. Sriram dropped out of college in his second year to pursue his passion and took up ethical hacking as a career. 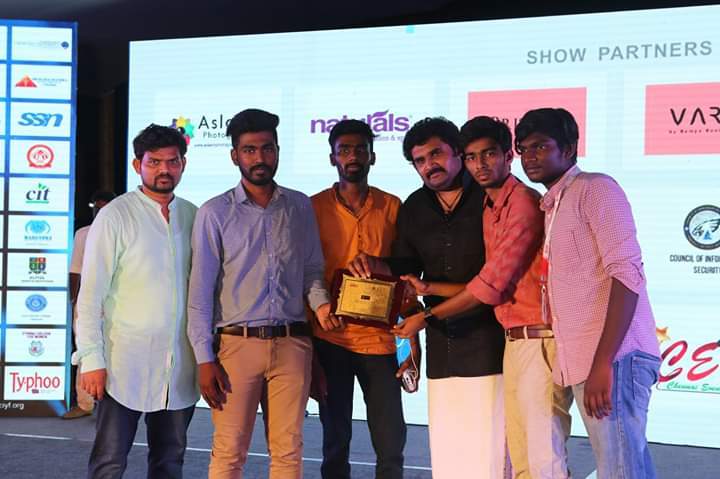 Interests can get you from nowhere to the top.

His passion grew strong after a particularly tragic point in life, "I was so engrossed into computers the entire time that I hardly had time to make friends. My cousin was my only friend. But then he passed away suddenly. It came as a shock to me and I went without sleep for days. I didn’t know how to get myself out of that heartbreak. That's when I needed something to concentrate on and cybersecurity became my only friend. I learned and researched more about it".

His co-founder is the first friend with whom he shared his idea of starting a company. He says, "He was good at business and I was technically strong so we decided to start a company. We went through a lot of names online and decided on the name PrimeFort. We had registered using an online portal. We didn’t know where to begin. So I started building my profile and that is when I realised that I had visited over 70 colleges." The awareness programs that he had conducted helped him gain popularity. Colleges started inviting him for a talk and that was the start for their educational initiative, the PrimePilot. He adds, "We started going to various colleges through this initiative. We conducted training in colleges and decided that the money which comes out of PrimePilot, we would give 15 percent of it for charity."

For people aspiring to become ethical hackers or has a passion to learn more about cyberspace, Sriram has sound advice. "Only a person who has a passion for cybersecurity can master it. Courses that are available, only give an introduction to cybersecurity. It takes time and a lot of research to learn it as it relies on self- interest. You should be dedicated enough to achieve expertise so that no circumstance can stop you from what you want to do. There will be a lot of hurdles but you have to hang in there with persistence if that's what you love to do," he concludes.