Ashish Sharma had had enough of people talking about the menace of forcing children to beg and not doing much about it. This youngster walked from Jammu to Tamil Nadu to tell everyone to take action

Heat blazing, vehicles honking, people infuriated, children begging — this is a common scene from the roads of our country. So common that we somehow don't even feel the impact of the words 'children begging' in the above sentence. We either indulge these children with short change or ignore them completely, continuing to honk at the vehicle ahead of us while cursing the oppressive heat.

But Ashish Sharma had had enough of looking on and was tired of the attitude everyone else had towards young beggars. Feeling overwhelmed and the need to contribute, this New Delhi-based youngster made up his mind to walk the talk, literally. He decided to walk from Jammu to Rameswaram, 17,000 km to be exact, to draw attention towards the phenomenon of child begging. But it was not just about this. "My mission was not just walking 17,000 km, it was meeting 17,000 people as well," he says.

Ashish wanted to explain the deadly syndicate behind begging, how beggars grow up to be criminals in most cases and why we need to stop encouraging begging by not giving any alms. "People thought I had gone mad when I spoke to them about this. But through the walk, I wanted to bring a physiological revolution by meeting all kinds of people," explains the 29-year-old. But there was a method to his madness.

The grand plan behind his walk was that he was going to launch an app through which every citizen can take a picture of a child beggar they spot, upload it on the app which will send it to police stations within a five km radius of the area with the photo's real-time location. Then, the police or administrators will take the case further. "As an NGO, our work is to channelise the government resources. We have to work with them, not work because it's not easy to get work done through them," says Sharma, who along with Bhavini Mehta and Saba Hussain, started Duayen Foundation. 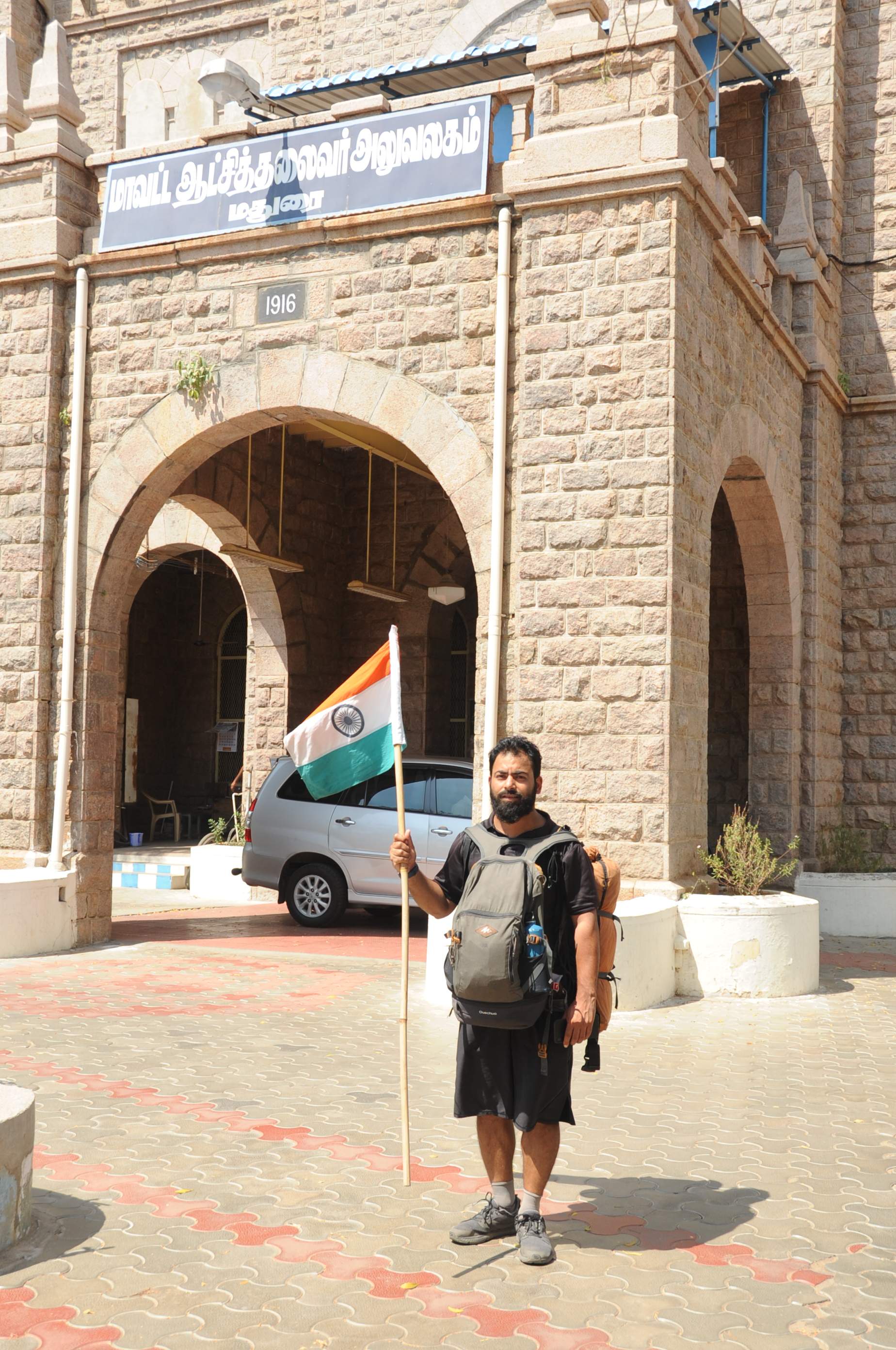 Just mean it: Ashish expresses how averse he is to the celebration of World Environment Day and so on, "We have reduced it to mere celebrations instead, we need to tackle the issue effectively."

Before the decision was made, Ashish, who has pursued aeronautical and mechanical engineering, walked from New Delhi to Vrindavan in 2017. It was when he was sitting in a temple, pondering upon his destiny there that this idea came to him and he hailed it as nothing less than divine intervention. "That's why I say that this is my calling," says Ashish. Treating this as a signal sent by the Gods themselves, on August 22, 2017, Ashish began walking from Udhampur in Jammu and reached Rameswaram in Tamil Nadu on March 24, 2019.

He walked so that he can converse with people about child beggars, he stayed at common citizens' homes so that he could establish connections and ate homemade meals which would propel him forward. "The greats from Swami Vivekananda to Jesus, everyone had to go through some kind of pain or Tapasya (meditation) to bring about a change. This walk was mine," he says.

During the journey, Ashish was kidnapped, received threat calls, was down with jaundice, but what he chooses to remember are the happy memories. Whether it was living among a Muslim community who cooked pure vegetarian meals only for him or people in Kochi giving it their all to ensure that he gets the permit to travel to Lakshadweep in three days. "You know how Rumi said, 'What you seek is seeking you', similarly, I met many good souls during my journey," recalls Ashish. An integral part of his target was to visit IAS officers and visit schools and colleges. So, he made it a point to visit at least four schools and a college a day. "The problem with the youth is that there is tremendous energy, but there is a need to channelise it in the right direction," he rues. Now that the walking has been accomplished, Ashish and his team are working on the app currently, which has been converted to a web portal as of now due to a few technical difficulties which they are trying to overcome. In August, they are planning a huge walkathon and a marathon event in New Delhi.
Clearly, Ashish has many more miles to go before he sleeps and in the words of his role model Swami Vivekananda, he intends to stop not till the goal is reached.