Meet M Rajeshwar from B'luru, a class IX student who just proposed a mathematical theorem and got it copyrighted

While most students find it difficult to remember geometry theorems, M Rajeshwar, a class IX student from Asian Christian High School located in the outskirts of Bengaluru, has proposed a theorem on the median in an isosceles triangle. But what led him to propose a mathematical theorem at such a young age is a rather interesting story. Rajeshwar attended coaching classes for NEET and JEE exams where he met S Sivanantham, an Assistant Professor at Adhiyamaan College of Engineering. Unlike other students, Rajeshwar regularly questioned the tutors about various mathematical problems. He not only sought solutions from teachers, but he also came up with ones of his own. This theorem is one of those solutions.

Speaking highly of his student, who has spared no efforts to prove the theorem geometrically and theoretically, Sivanantham says, "When I was teaching geometry theorems related to triangles one class, he asked me why there is no theorem to prove the properties of the median in an isosceles triangle. My answer was simple — no one has proposed or proved this property till date. Rajeshwar challenged me saying that he'd come up with a theorem and prove it too. I agreed and within a week's time, he explained the theorem geometrically with a diagram. He asked me for some more time to prove the theorem theoretically as well and he did that too." 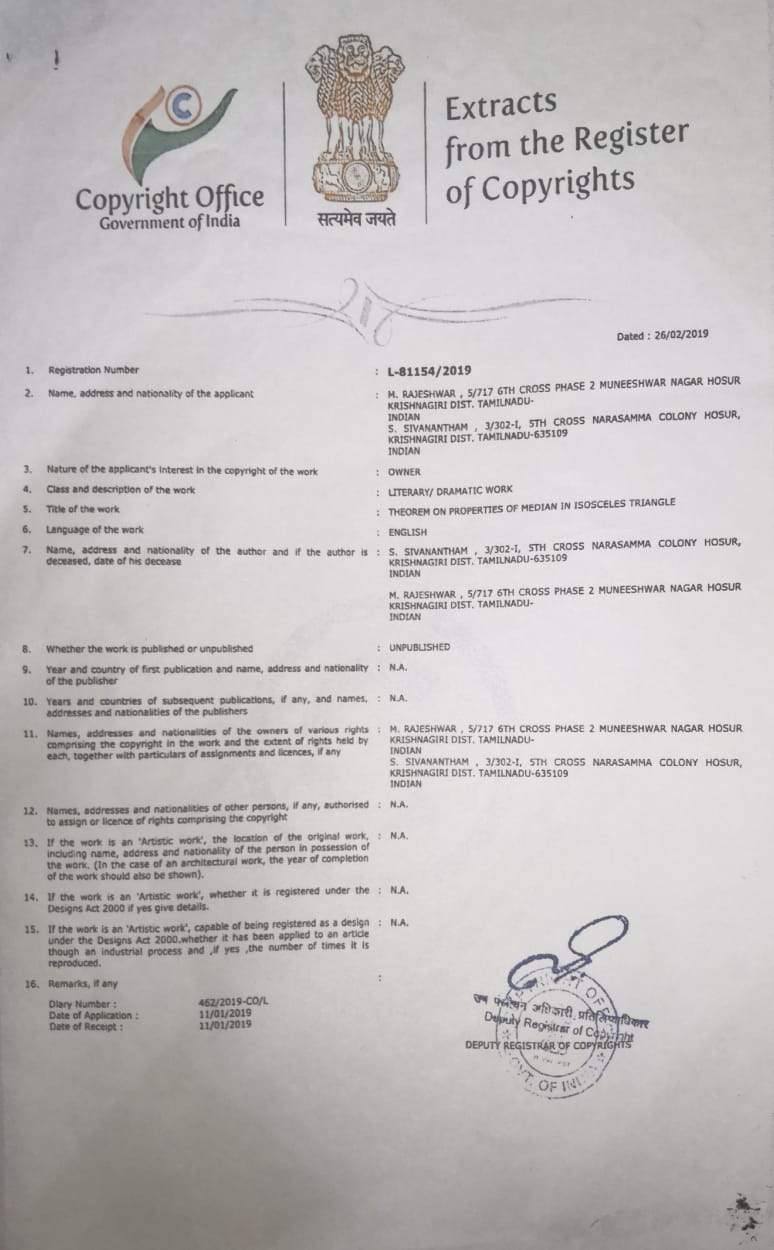 Extraordinare: The coveted letter given to M Rajeshwar for accepting his theorem on the median in an Isosoceles triangle

According to the theorem proposed by Rajeshwar, the median in an isosceles triangle divides the two sides in equal proportions. A median is nothing but a line connecting any two sides of a triangle. He also proved that the median is parallel to the opposite side or the third side of the triangle. Rajeshwar says, "While it was easy to prove the theorem geometrically, I had to adopt the concept of 'Similarity' in order to prove it theoretically. This concept refers to and it is used to prove if any two triangles have the same features. Such triangles are called twin triangles. Learning these concepts is a basic thing in geometry. Apart from this, I also studied triangles and their properties in detail. I did not have plans to come up with this theorem but it was just a question on medians which led me to propose it."

To enable a successful proposal, Sivanantham worked as a strict reviewer. Every day, he would ask several questions about the theorem. "I had to pose several questions so that the student would be ready to answer any question from a 360-degree angle. This led me to act as a personal reviewer for Rajeshwar," says the professor who further approached Centre for Intellectual Property Rights (CIPR) in Anna University. But before the university agreed to get the theorem copyright registered, they had to confirm that no similar theorem was proposed by someone else. The duo began searching across all Mathematical literature, surfed the internet and read various books. When they couldn't find any other theorem like this, they submitted it to the CIPR. 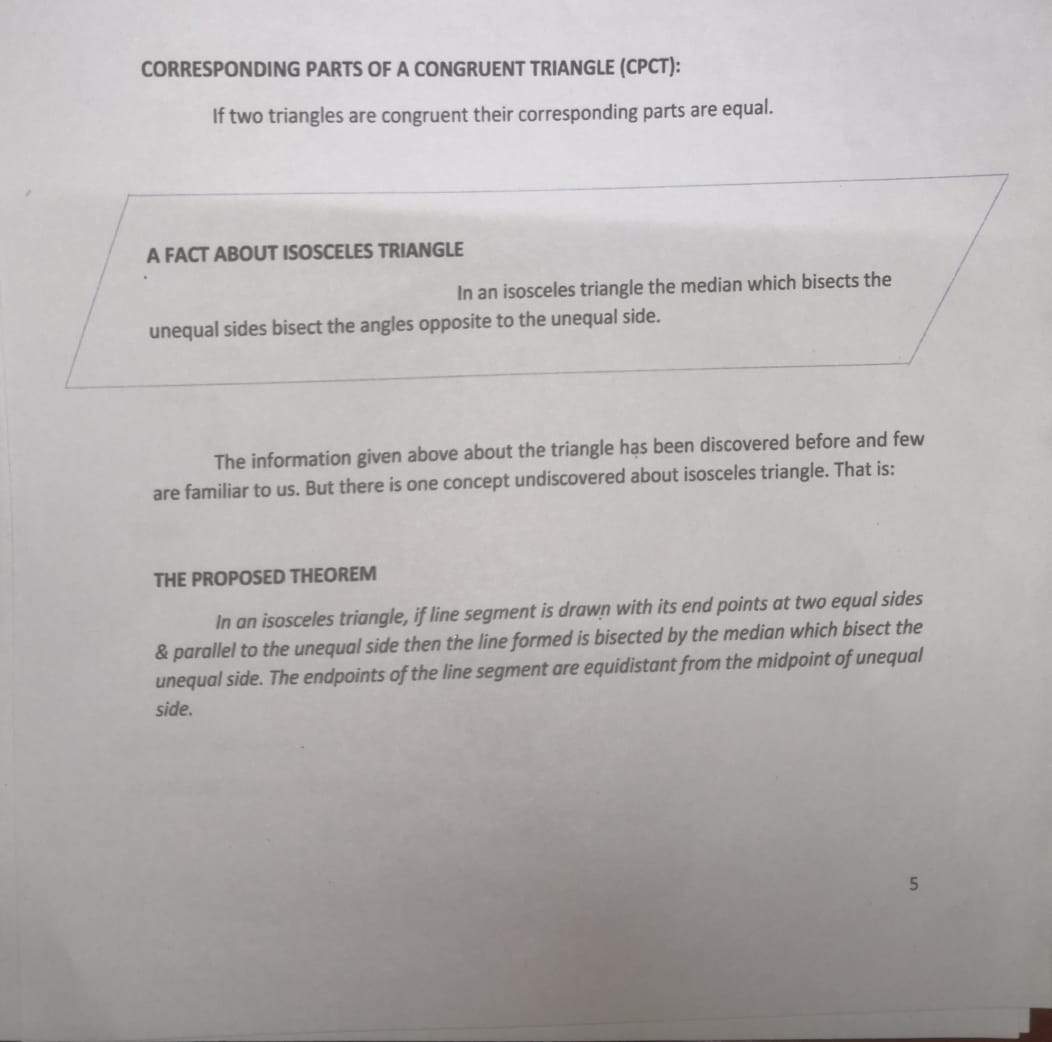 What it says: The proposed theorem by Rajeshwar is yet to be published in various books

The CIPR later sent it to the Copyrights Office, Government of India to register it under the copyrights act. The committee reviewed it for more than a month and posted it on their website. During this time, if anyone wants to raise an objection against this literature, they are free to do so. A month ago, the coveted letter of acceptance from the Copyrights Office was sent to Rajeshwar's residence. Now if anyone has to use the theorem, they will have to credit it to Rajeshwar. He plans to continue in the field of Math and research many more theorems like this.