This English professor used Clerihew poetry to get his students' attention

In 1905, Edmund Clerihew Bentley wrote:
Sir Christopher Wren
Said, “I am going to dine with some men.
If anyone calls
Say I am designing St Paul’s

Over the years, this style of poetry came to be known as a Clerihew where the subject is a famous person performing an absurd action. Inspired by an EdEx column by Albert Rayan that spoke about this, Anand Krishnamurthy, Assistant Professor of English at Rajagiri School of Social Sciences decided to use the method to teach his students. 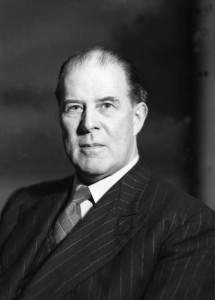 Who is Clerihew?
Edmund Clerihew Bentley was an English journalist and author. He was born in London and educated at St Paul’s School and Merton College, Oxford

The only rule was to not write something about someone from their institute or speak negatively about anyone. “It’s not a question of who can or cannot write,” says Anand, adding, “I use such exercises because opening up to works of literature and the various ways in which it works can help a student in the way they express themselves. They might just be using it as reference but exposure to different types of writing can do a lot in an academic point-of-view.”

Anand was delighted to find that his students responded to his request to use the Clerihew method themselves. The exercises led to works of art from the students. Of the success of the exercise, Anand says, “I am all about unconventionalism. I believe that we should explore beyond the accepted boundaries of the curriculum if we really want to make an impact on a student’s life.” The professor hopes to use more literary devices to change the way he teaches his students. Let’s dial back to Clerihew and his words that continue to speak for themselves.