Instead of deleting pesky Whatsapp forwards, Dev Prasad wrote a book about them!

I don’t know about you, but when I receive a preachy WhatsApp forward telling me the best way to live my life or the best way to be ‘positive’, I either just delete it without reading it or forward it to my brother to tick him off (he hates forwards as much as I do). And I know for a fact that most people I know adopt similar techniques when handling a forward. But author Dev Prasad had another way of dealing with these pesky WhatsApp forwards. “One day, after reading a forwarded message, I thought to myself - what is the point of forwarding these messages without context? I messaged the person who had forwarded it to me and asked him how it has helped him. He didn’t have anything to say. I observed that almost everybody just forwards messages for the sake of it, without learning anything from them. I wanted to change that,” he explains and adds, “This is how the idea behind From Vedanta to WhatsApp was born. I wanted to compile stories from the past – that have been passed on from generation to generation – along with stories that we hear on a daily basis today, including WhatsApp forwards and SMSes, and create a compelling self-help book.”

The book has 60 stories/anecdotes in six chapters, where each chapter points to a certain quality, like empathy, contentment and self-awareness. “After each story or anecdote, I have given my personal comments regarding that particular topic in the form of guidance. The common factor in all these stories is the understanding that ‘What impacts me today will surely impact you in the future'. For example, we all know the story of the farm animals and the mousetrap – where every animal except the mouse thinks that they will not be affected by it, but in the end, everybody gets killed. A similar modern anecdote is the case of the Bengaluru Corporation clearing houses in neighbourhoods to make way for wider roads. People in other neighbourhoods believed that they won’t be affected and remained apathetic to the problems faced by the people who had to leave their homes abruptly for meagre compensation. However, a few years later, the same thing happened to them. So what I am trying to say is – we cannot be immune to others’ problems as the same thing may happen to us in the future,” he points out. 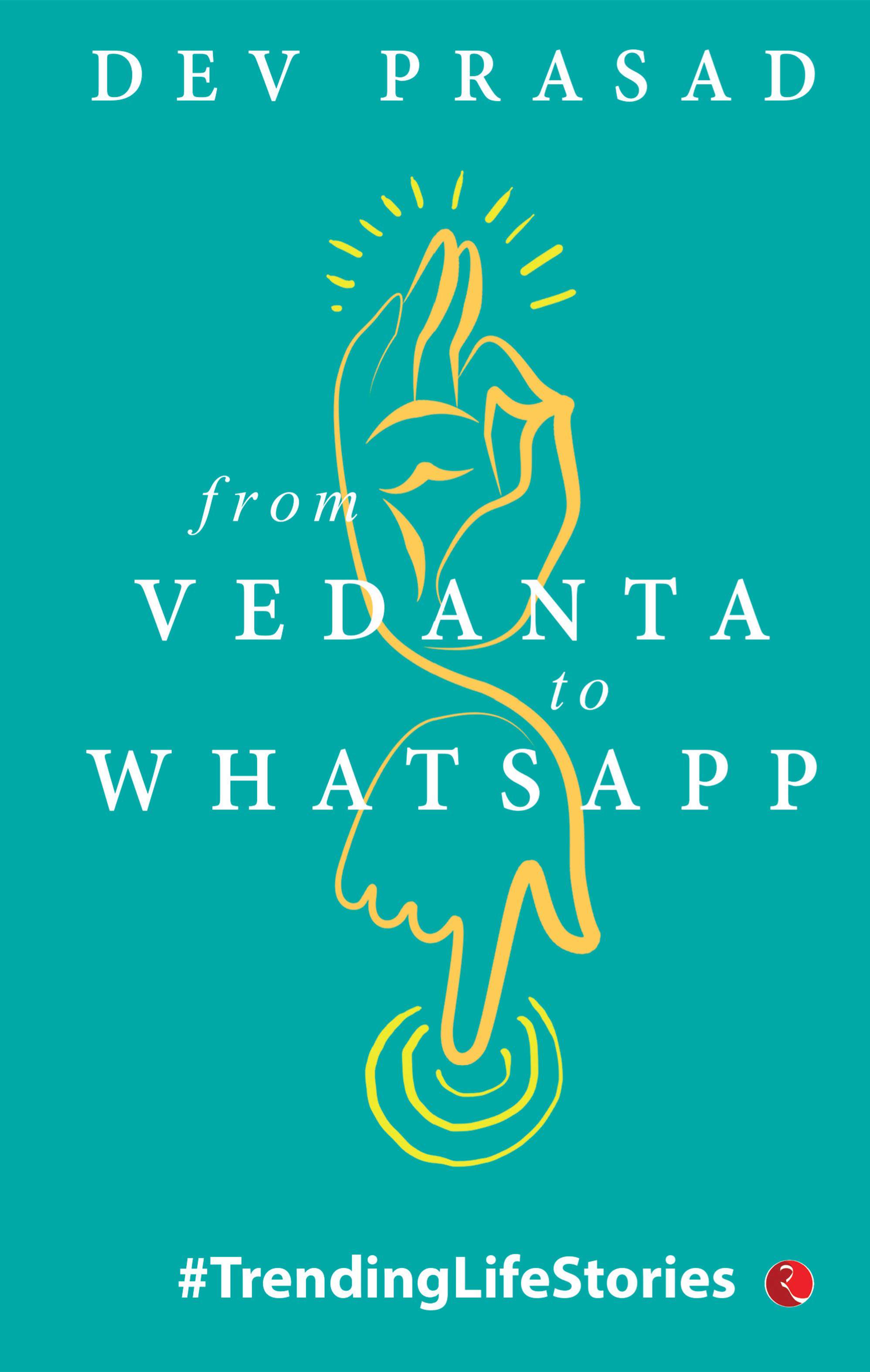 Life mantras: The book has interesting stories from the past and present

Though From Vedanta to WhatsApp is Dev Prasad’s first self-help book, it is not his first attempt at commercial writing. His versatility is reflected in all his works - his debut novel, Krishna: A Journey Through the Lands & Legends of Krishna, a travelogue that was released in 2010 that was long-listed for the Vodafone Crossword Award. His next two books, Pitch It!, a book on management mantras and The Curse of Surya, a mythological crime thriller, have been well-received by audiences too. The story of how he seriously began writing is rooted in his travel endeavours. “I had taken a trip with my family to the ‘Brajbhoomi’ – the collective term for the places where Lord Krishna is said to have spent his life, like Vrindavan, Mathura, etc. I got a lot of authentic information on his life from my time there. For instance, we may only recount one or two stories about Krishna’s life that our grandmothers have told us, but there are thousands of other tales that we don’t know of.  I wanted to put all those on record. That is how my first novel was conceived,” he states, adding that it took a whopping 5 years to write.

An IT professional who completed his engineering from NIT, Tiruchy, who went on to do a management course at IIM Bengaluru, Dev states that he does most of his writing on the weekends. But does that mean writing takes precedence over family? “At times, it does, definitely! (laughs) But my wife and my two boys are very supportive of my writing. They understand completely that some weekends have to be devoted to completing the manuscript or something else related to my book,” he smiles. Ask him what his plans for the future are and he says matter-of-factly, “More writing, of course! I am co-authoring a book with another well-known writer. The book will be a modern crime thriller based on a fictional account of the life and times of Jesus Christ in India,” he reveals.