Sharan Nair speaks about his brand of comedy, growing up in Moscow and how he was able to find his voice through his own content

Greetings to the modern day consumers of entertainment and literature. Here's something we can all agree on: Sharan Nair is currently blowing up. For those of us who have come to love him as the guy from Instagram who pulls bizarre, hilarious pranks, here's validation as to why he deserves to be the internet's favourite. And for those of you who don't know, here's why you need to watch out for this funny guy.

Sharan's parents settled in Russia over 30 years ago. Of having been born and raised in Moscow, Sharan says, "It's exactly what you'd imagine it. Think Chernobyl, think grey and depressing, that's where I grew up. I have exactly two moods, there's sad Sharan and there's happy Sharan. And the worst part is that it all depends on the weather. So back in Moscow, I'd be sad for almost 9 months of the year and happy for whatever remains!" 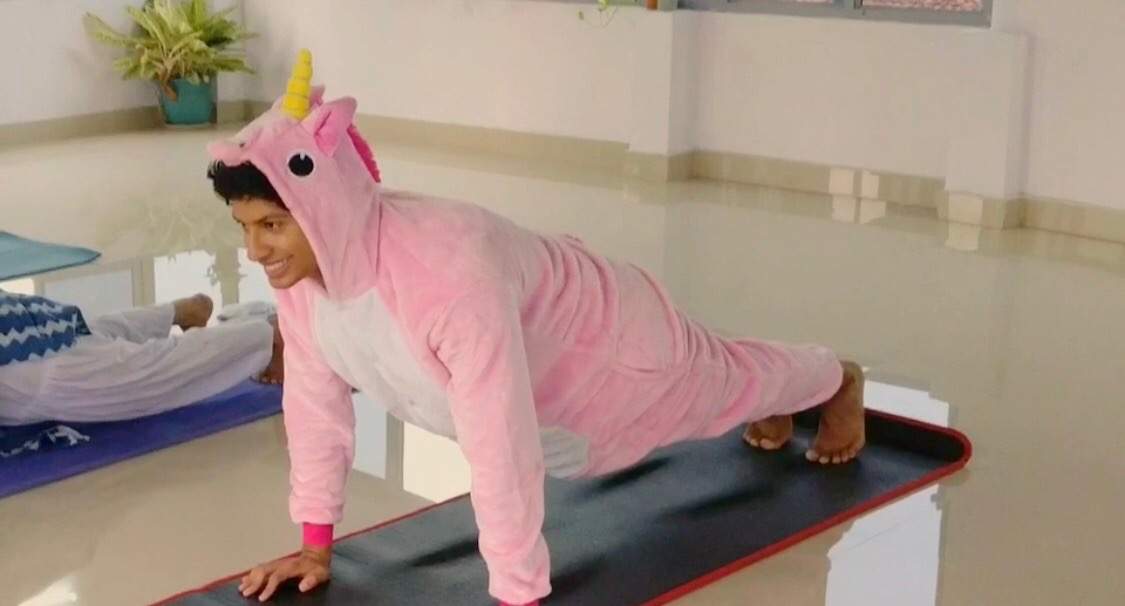 FUNNY STUFF: Sharan was born and raised in Moscow

As far as his family is concerned, 'Happy Sharan' is the only kind of Sharan worth knowing. "I come from a loud and funny family," says Sharan. "We just do ridiculous things when we're together, that's just the relationship we share." Every summer vacation, their ancestral home would finally come alive as cousins from all around the country would come together in a way where most sitcoms in TV would pale in comparison.

"It's my grandmother who I mess with the most," says Sharan. 'Ammumma' as he calls her is undoubtedly the star of the Netflix show they star in, 'Granny Reacts'. "I never considered it something for other people to watch or be entertained by. Gran and I have always joked around with each other. I didn't realise that what we shared was something that would bring joy to people on a universal level." FAMILY MATTERS: Sharan explains that his greatest muse is his family

So how did he first share their dynamic with the world? "Any conversation with gran is comedy gold but I never considered recording it," he says. " A few years ago, Nawazuddin Siddiqui was a part of a YouTube video where he pretended to audition for the Game of Thrones. I found the video hilarious and wanted to recreate something similar with Ammumma. I made her repeat phrases from the show while I head a camera above is, it was just  a simple way of capturing something that personally made me laugh a lot. That kind of blew up and people started to recognise the two of us."

With so much content to work with right from home, Sharan's brand of comedy is as instinctive as it gets. He says, "I think people are just born funny, it's not really something you can work towards. Initially, I wanted to become an actor, but I was not the typical mallu boy that they are looking for. I don't have the beard and the other trademarks. So I thought I'd make my own content. The dream was for people to notice and employ me to do acting jobs. But now the content itself is doing well so I'm just concentrating on that." BUNCH UP: Sharan works with a close set of friends

In fact his content has made such glorious rounds on social media that former BuzzFeed' editors Rega Jha and Nirali Shah could not resist sharing his content from their Instagram handles. This was discovered by Akash Iyer or 'Kash On Delivery', a former BuzzFeed employee who found fame with his song, Fluffy Boy which brought South Indian pop culture intp the mainstream. Iyer, who currently works with Netflix found Sharan so hilarious that he immediately got him to create content for the company.

So, funny is simply in his bones, but Sharan’s journey doesn’t end here. His ideas are undoubtedly overflowing as he recounts them with a childish laugh. I don’t catch most of them as I’m distracted by the small crowd forming around us unbeknownst to him. Sharan Nair is blowing up and he seems to be the last one to know it.