Blink and your portrait is ready: Asia's first speed painter Vilas Nayak can paint on stage in just 3 minutes

As the suspenseful music gains momentum and reaches its crescendo with the iconic dialogue 'Why so serious', perfect rhythmic brushstrokes etch the legendary Joker's eerie face smiling at you from a black canvas on stage — that’s Vilas Nayak's speed painting show for you peeps!

Vilas is a self-taught artist from a small town in Mangaluru. He started painting when he was just three years old and has been speed painting since 2004. Vilas was here in Chennai for a performance at IIT-Madras' tech fest, Shaastra, recently.

The 35-year-old artist says that he gathered all his confidence from painting and that had an effect in other aspects of his life as well. "There was a point when I failed (in academics) and was not so confident. But when I concentrated on painting and fine arts my confidence and dedication started reflecting in academics as well. I was a rank holder in college," smiles Vilas. "Parents often tell their children not to focus on anything else but concentrate on studies — I don't believe in that personally. I feel your passion for anything helps you grow in every aspect," he adds. 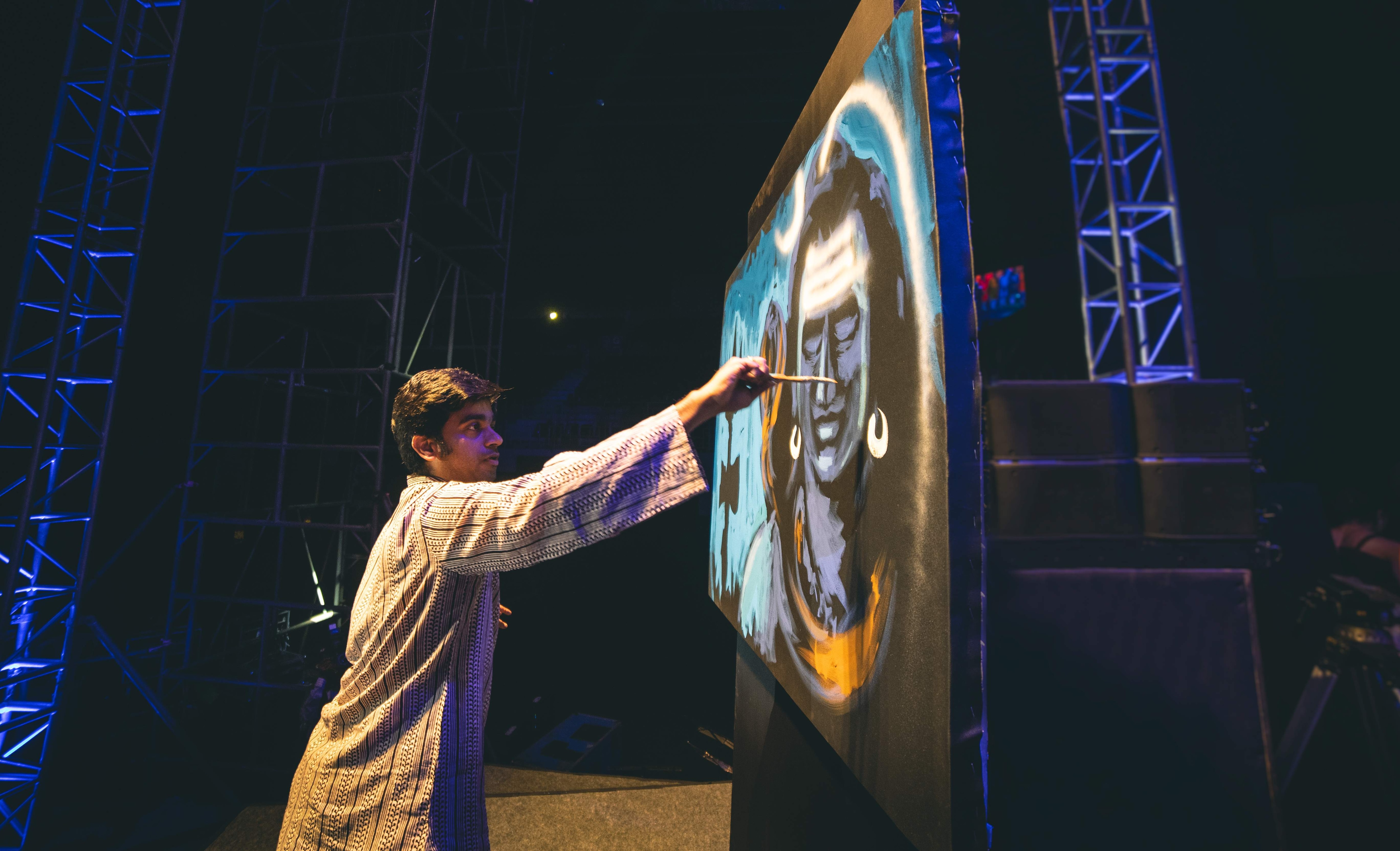 Always follow your passion: Vilas started painting when he was just three years old and has been speed painting since 2004 (Pic: Vilas Nayak)

Following your passion as a profession is a leap of faith — it is a financial risk as well. Vilas thinks one should take that risk but only after you have a comfortable fall back option. But if it clicks your passion can definitely pay more than your desk job. "I earn an average of one to two lakhs per show in India. If it's outside the country I charge more. I do charity events for free though. When you follow your passion and work 24/7, you do have advantages too. Whatever I have earned in the last eight years, I wouldn't have been able to earn the same at my corporate job," he says.

Vilas had heard from someone that an artist had done a speed painting piece on-stage 40 years ago and that was his trigger. "I followed it up with research over the internet and YouTube and I was inspired by Denny Dent, a US painter. I started with a small piece of paper, then moved to a bigger canvas. Facing the crowd was the biggest challenge as I grew up being an introvert kid. However, the confidence painting gives me is unexplainable," he explains. Vilas took 15 minutes to complete his first ever speed painting in 2004 when he was in college. Now he takes only three to six minutes to complete a painting on stage.

Before he ate, slept and dreamt art, he worked in Bengaluru for about six years as a human resources officer. He quit his lush corporate job in 2011 to pursue his passion for art. Several reality shows gave him the much-needed break in speed painting. "In 2010, I performed at a regional reality show in Karnataka, then waited one year to take part in India's Got Talent in 2011. I was still working for IBM at that time. After the show, I waited for six more months before I finally quit my job. I wanted to see how it goes before I took such a massive step and start speed-painting full-time," says Vilas. 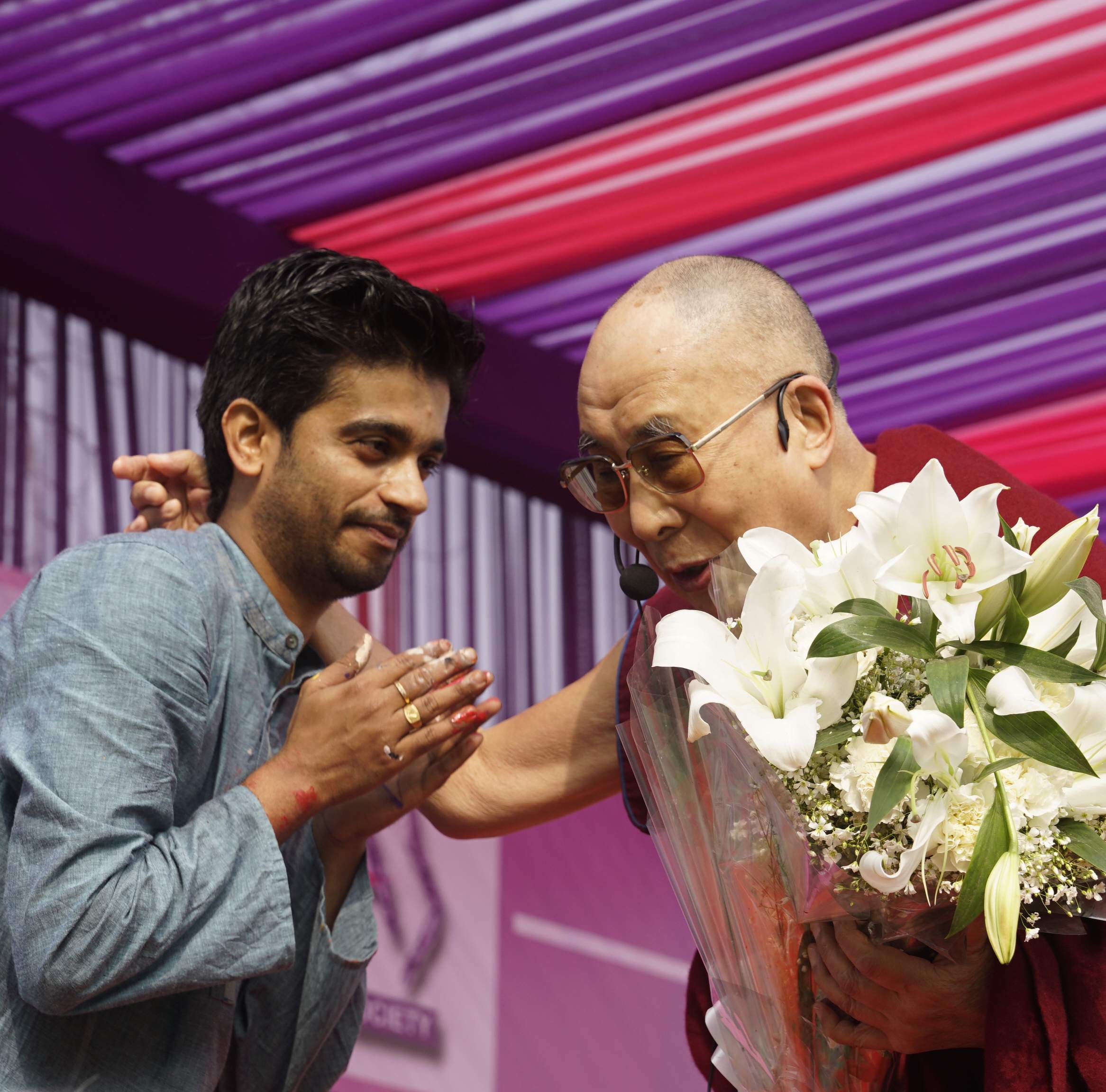 Talent aplenty: Vilas had heard from someone that an artist had done a speed painting piece on-stage 40 years ago and that was his trigger (Pic: Vilas Nayak)

Vilas, a finalist of the third season of India’s Got Talent and the winner of ‘EC live quotient Most Innovative Act Award’ 2012, is currently one of the most sought after speed painting artists in the world. His performances on Asia’s Got Talent on AXN and Got Talent World Stage Live caught the attention of millions of art lovers around the globe. "After eight years of performing as a speed painter professionally, now the challenge is to come up with different themes and paintings for each show in a very short span of time. I am almost always travelling. It gives me extremely less time to ponder and come up with something unique every time," he says, adding, "Every show is different too. What I paint at a college show it would not be the same as what it would be at a corporate event or a fundraiser. There's a different crowd each time, they have separate vibes and that needs to be kept in mind while painting."

Vilas has sound advice for the budding or upcoming artists or whoever wants to follow their passion, he says, "Take risks but calculated ones. You can't just quit your job with no backup plan when you wish to do something ambitious. Follow your heart but use your brain too in the process. At the end of the day, you have to come back home and eat something to fill your stomach," says Vilas. "I have seen a lot of aspiring artists just take to it because they have interest. One must have the right aptitude for it too. Thus, spend more time with yourself because that's how you know what you are actually good at."