Pariplab Chakraborty, who calls himself a radical feminist hopes to change the narrative on the people living in the conflicted areas in the country

What kind of news do we hear from the mainstream media regarding border conflicts? With constant reports of civilian attacks, our lenses have been trained to look at those regions as places where civilians live in oppressive fear and lead a life that is overshadowed by fright and terror. Victimisation and terrorism seem to be the only narratives that linger in this series of civilian dialogues, especially in the aftermath of the recent Pulwama attacks. This is what Pariplab Chakraborty, a 22-year-old independent artist and filmmaker hope to change.

Growing up in the Indo-Bhutan border area of Hamiltonganj, North Bengal, Pariplab has directly witnessed the civilian impact of geopolitical disputes since childhood. Talking of the Indo-Bhutan issue being sidelined during the discourse of border issues in the Indian political context, Pariplab says some tribal communities in those areas face a dangerous amount of suppression from the government on both sides. Being exposed to many political disputes like the Gorkhaland issue, Kamtapur issue, Adivasi jungle land movements and several tribal upsurges, Pariplab is not new to the atrocities inflicted on the localities by the army personnel and others. These encounters served as a basic inspiration for Pariplab to do the series of paintings on Kashmiri women of resistance.

Have a look at the paintings here: 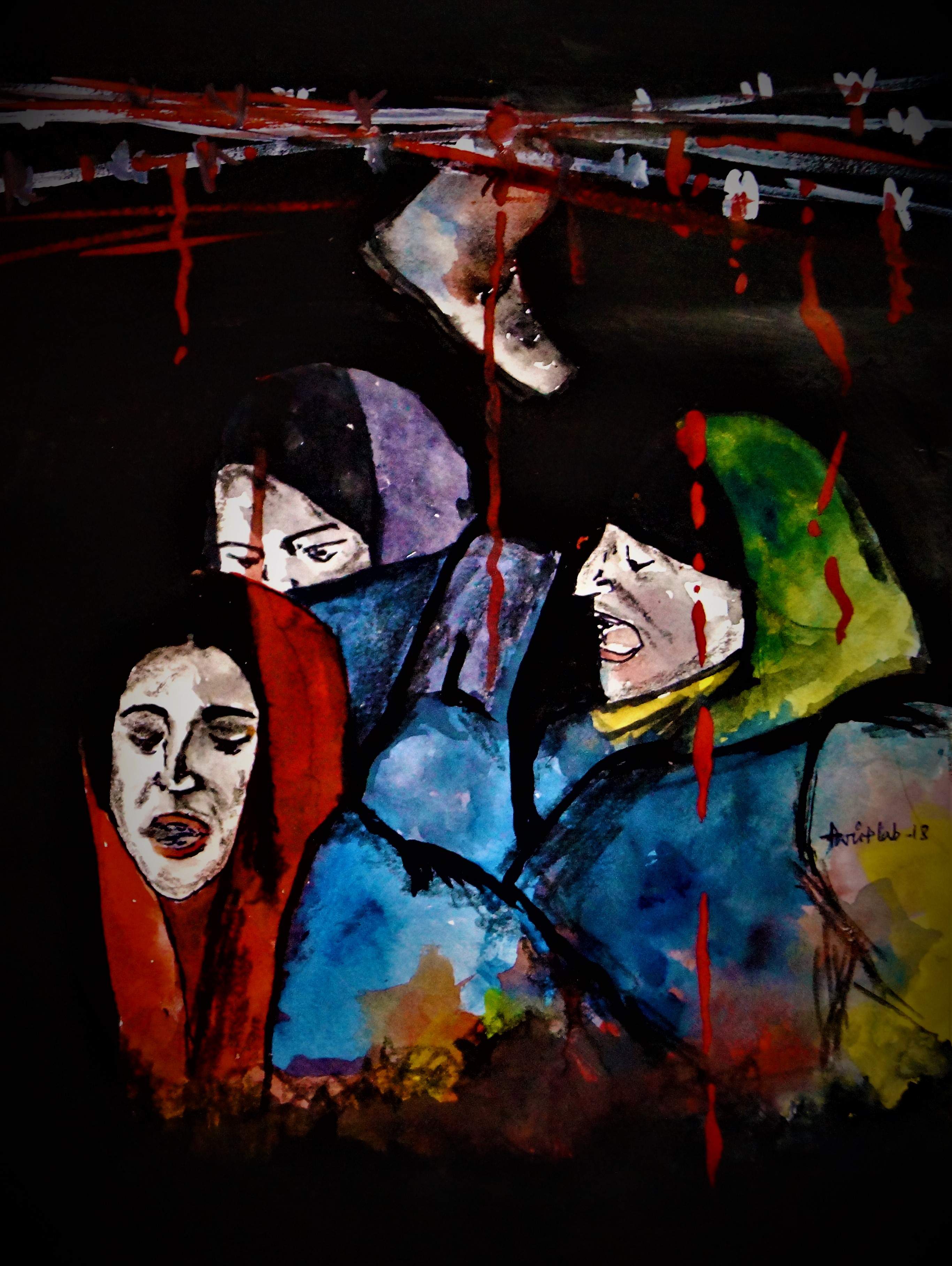 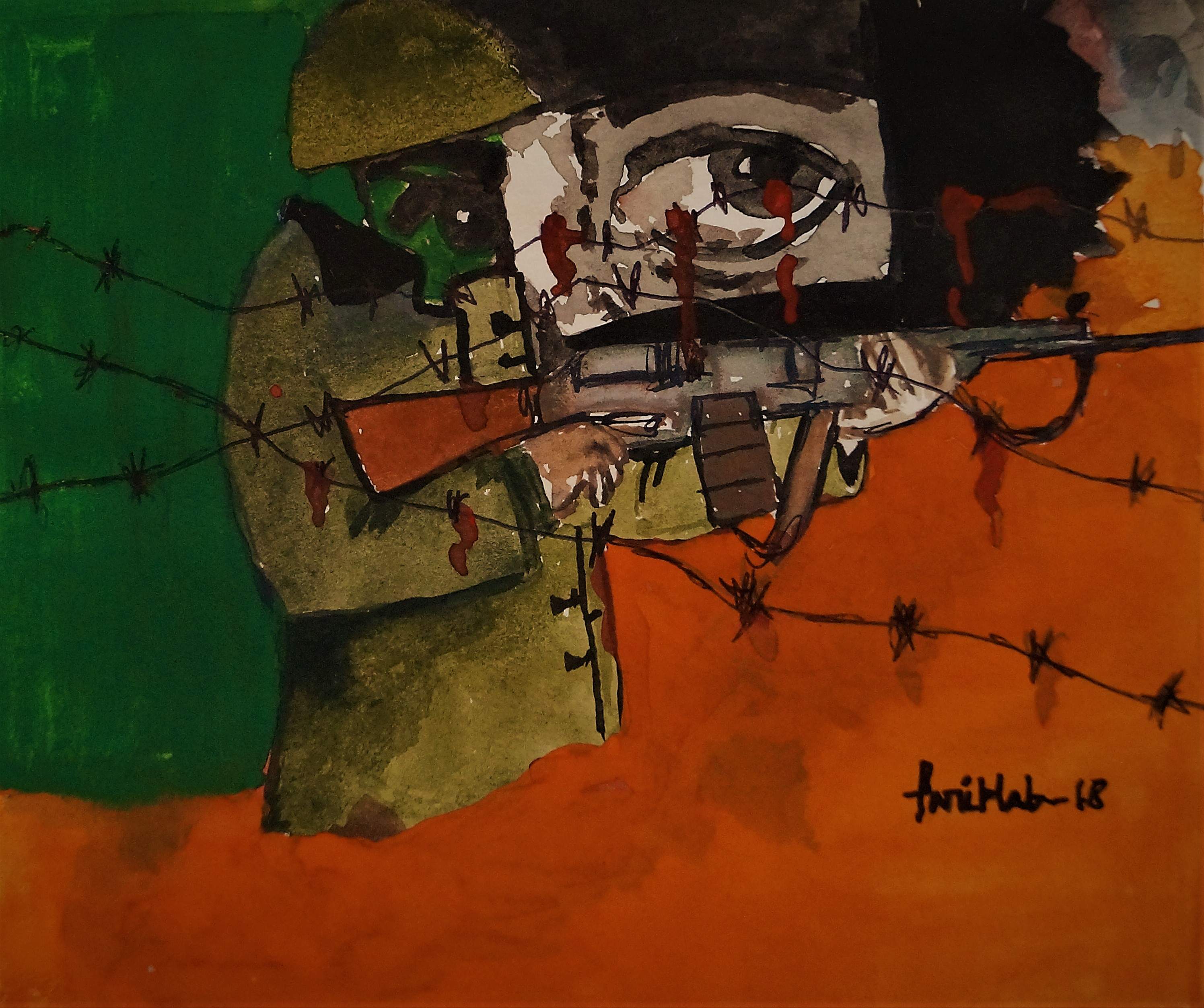 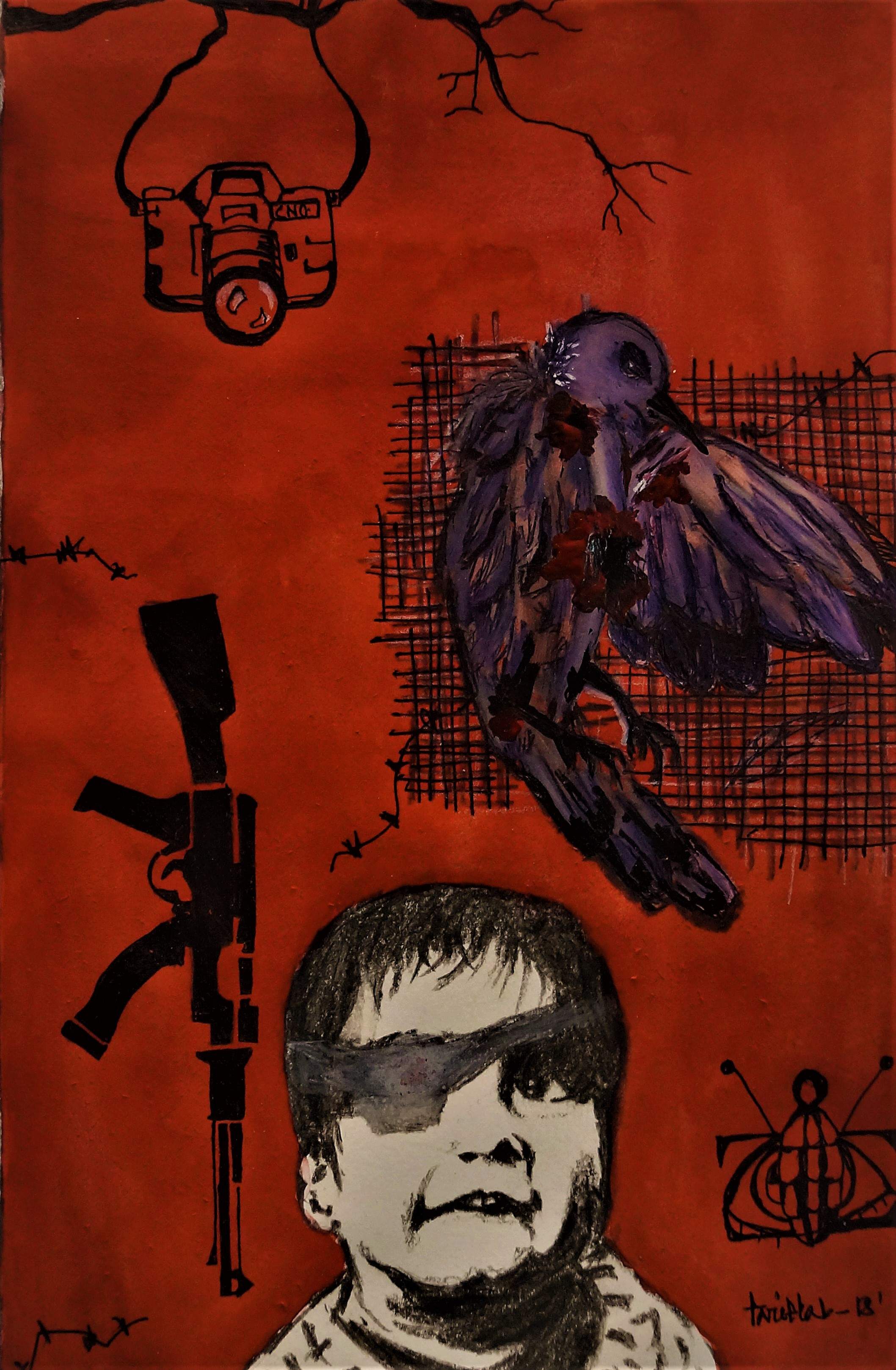 One of his works in this series is the consequence of the attack in Pulwama on December 15, 2018 where seven civilians were killed. In the portrait, we see a shoe hanging overhead some women who are mourning. According to Pariplab, this encapsulates the death of the civilians and the mourning. Another painting is in significance to the youngest pellet victim, Heeba, an 11-year-old child. These paintings along with the others in this series bring to light Pariplab’s intentions. He says, “I believe that whatever it may be, one cannot justify rapes, molestation and violation of human rights with political rhetoric. My point is, we need to be aware of the facts that military oppression exists, human right violation exists, pellets is not the answer and so on.”

Pariplab passionately calls himself a radical feminist who believes that a woman herself is an embodiment of resistance. He intends to bring out the feminist spectacle in any political action which the mainstream media fails to do do. Telling that women are the worst victims of any conflicts, Pariplab goes to say, “My painting is all about my extended solidarity with the resisting women of Kashmir who are fighting the oppression inside-out.”

Believing in the idea that art without political relevance is nothing, Pariplab’s motto is to work for the exploited and the marginalised section of the society. With the recent drought situation in Maharashtra, he plans to do a series of paintings on the conditions in Ahmed Nagar and other areas. He is also working on a documentary on the Malhar community in Jharkhand. Lack of proper monetary funding being a major inconvenience doesn’t deter his will and passion in moving ahead with his series of projects.