Did BJP cadre assault this Jadavpur University prof for calling out hate speech at pro-CAA meet?

Doyeeta, who has been a student of the varsity before she joined as an Assistant Professor, said she was "shuddering at the infinite horrors in store" for those who speak up

Doyeeta Majumder was on her way home on Monday evening when she overheard a speaker at a pro-CAA public meeting "spewing hate about Muslims". So she stopped to listen. The speaker went on to call Jadavpur University — where she is an Assistant Professor at the Department of English and has also studied there — "root of all evil" and accused the students and teachers of chanting "Allahu Akbar every day". She stopped to say that that was not true and that was all it took for the locals to surround her and assault her — physically and mentally. Students came to her rescue later and were beaten up worse. 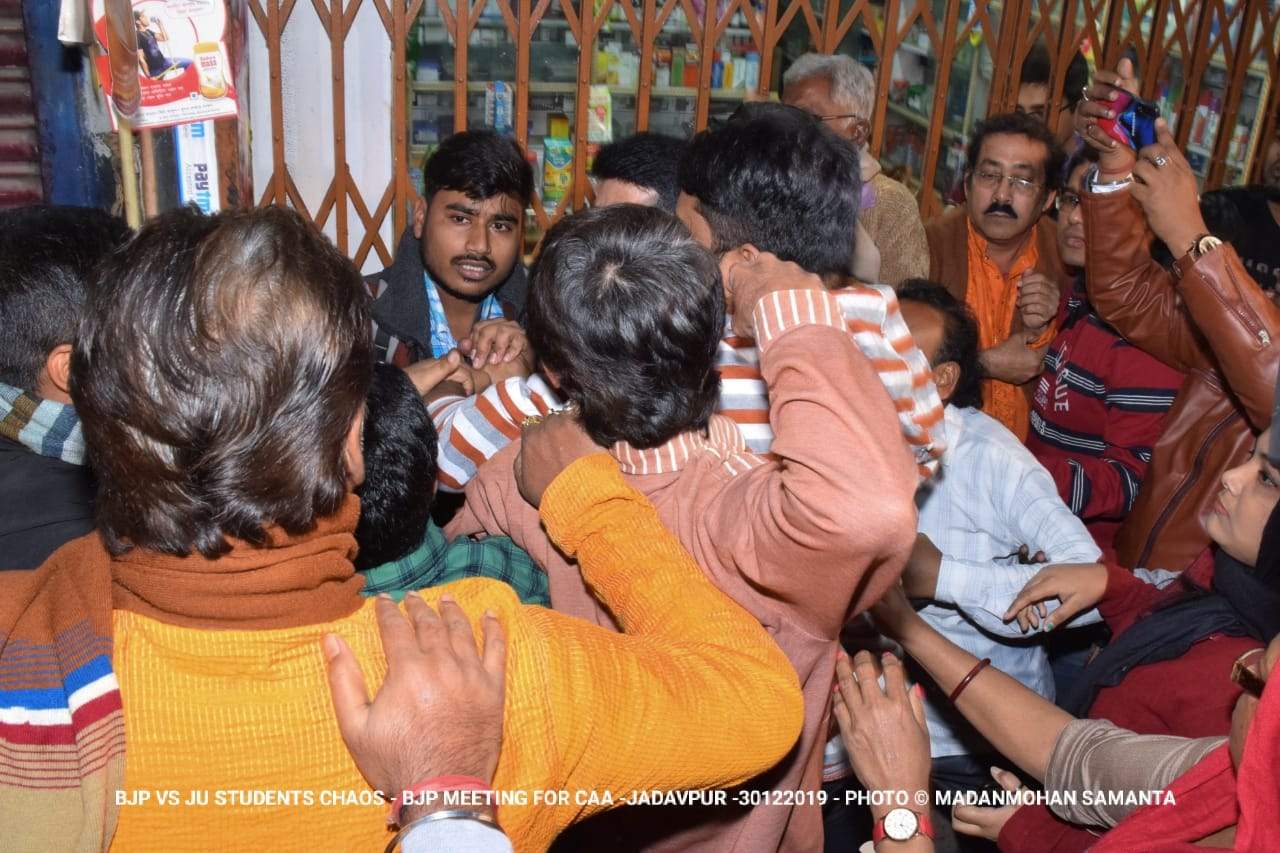 Doyeeta, who has been a student of the varsity before she joined as an Assistant Professor, said she was "shuddering at the infinite horrors in store" for those who speak up. "The speaker at the pro-CAA meeting organised by Shymaprasad Smarak Samiti was spewing naked hate speech against Muslims for a good few minutes, then turned and pointed at the campus and started saying 'this University is the root of all evil, they all chant Allahu Akbar every day'. I snorted out loud, and shouted 'mithye kotha' (He is lying), twice. That is all it took. In seconds I was surrounded by a mob of middle-aged women who started pushing me down and hitting me. A young man tried to protest, he was roughed up too. Ultimately I was dragged kicking and screaming by two (presumably BJP) men who kept saying Didi ar jhamela baraben na, chole jan, chole jan (Sister, don't argue, just leave)," she added. "Those women, who looked like people who would normally pester you to eat an extra piece of fish or mishti, were literally baying for my blood," added the young teacher.

Students who came to her rescue were allegedly beaten as well. Pinaki Dhole and Rahi Halder, both second-year postgraduate students of the Department of Mass Communication and Journalism at JU, were passing by when they noticed a woman being heckled by a mob. "We did not know that she was a professor at our university. We just saw that some people are harassing a woman and went to help. All we did was ask what happened and why they are hitting her. They started calling us names, snatched my phone away when I tried to take videos and then they started hitting us and abusing us profusely," said Pinaki. The duo escaped with the help of locals. "The people who were at the meeting were not locals and speakers included BJP leaders and student leaders. Students from the university gathered around the spot soon and we started protesting right beside their meeting," said Pinaki. Doyeeta, Pinaki and Rahi lodged an FIR later at night.