Soon after college, most students who aim to make a career in art and design would be busy hopping from one workshop or masterclass to the other in a bid to polish their skills and get one step closer to their dream. But not Kapil Shankar. The versatile artist graduated with a degree in Visual Communication from Vels Institute of Science, Technology & Advanced Studies only this year but instead of attending workshops, he has been conducting them!

He has even got the opportunity to teach comic art classes at IIT Madras - how cool is that? “I dabble in all kinds of art from cartoons to psychedelic art to anime, but I think I am light years away from being considered a master artist. However, I believe in sharing whatever little knowledge I possess in terms of skills and techniques with budding artists. I think all people grow and become better at what they do like that - by imparting whatever knowledge they have to others,” says the 20-year-old.

While perusing through his creative collection of art that is on display on his Instagram page, @artsy.kp, it is hard to believe that he does not believe that he is an expert. From cool and swanky sketches that carry pop culture references - from the Amazing Spiderman and Looney Tunes to The Avengers franchise to cartoon strips and comics that boast of big bold colours, his art speaks volumes. 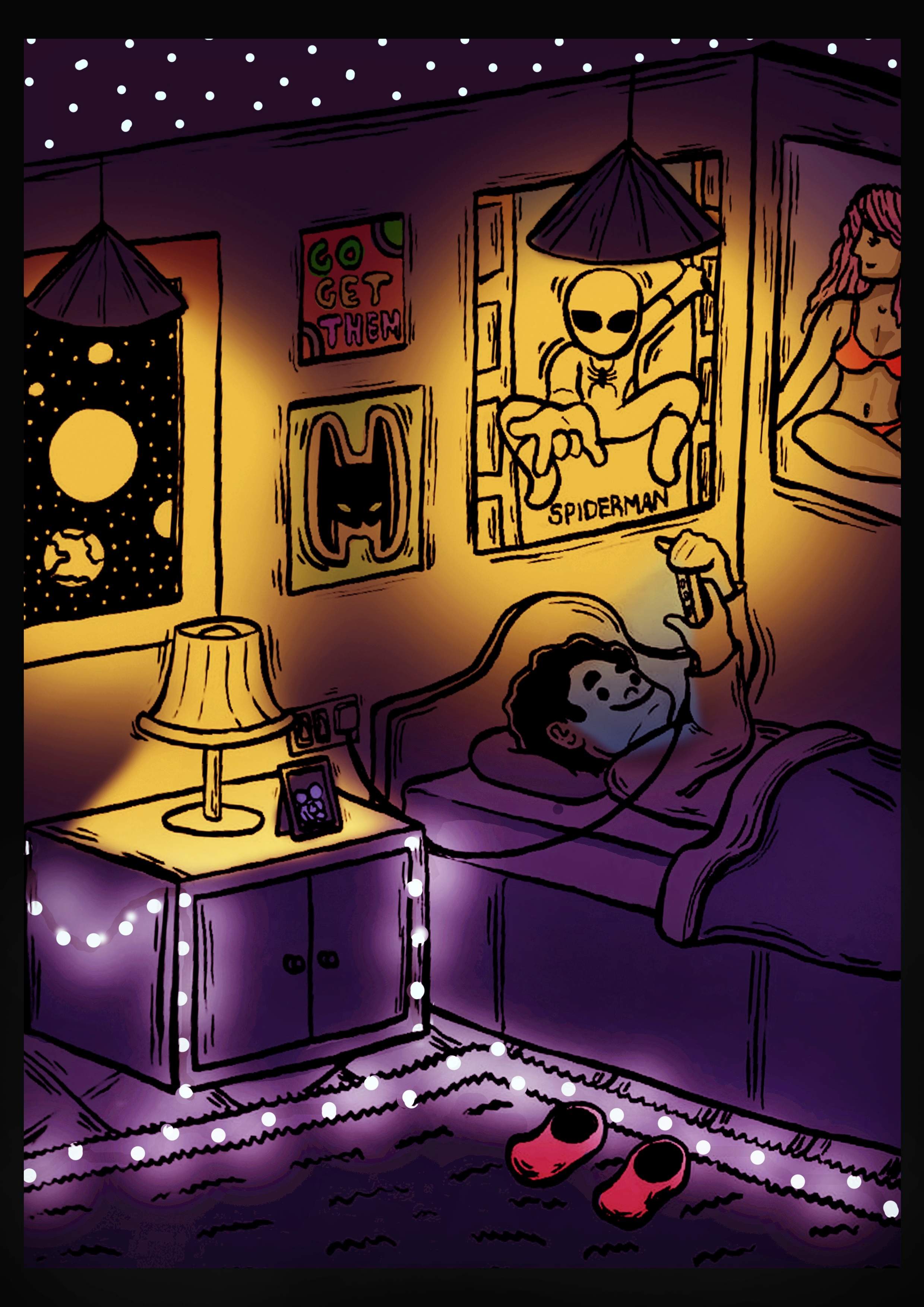 As his work has gotten better and better, Kapil conducted his first comic art workshop at Chennai this year. “I have been drawing since I was 3 years old, with my journey starting with mountains, castles and crocodiles and culminating in cartooning and realistic art, of late. However the path to becoming a 'serious artist' was laid serendipitously when I happened to go to an artists' gathering,” Kapil says, adding, “A few months ago, I accompanied my friend, a musician, to the Art Flea Mart in the Humming Room in Chennai where he was performing. That is when I got to see the swarm of artists from the city who had put up stalls there. Before this event, I had no idea that Chennai's art community was so strong.”

He got busy and started networking with the artists he met at the event on social media, which really boosted his confidence in addition to helping him gain new perspectives of his craft. And soon enough, he put up his very own stall at the Art Flea Mart which took place at the Humming Room in July and for a second time again at the same venue in December, where his works — ranging from quirky posters to cool post-its and swanky stickers fetched many a customer and admirer. “When people see my work, the first thing that they say is I have a unique style. That is wonderful to hear because I have been working on developing my very own style for quite some time now,” informs Kapil saying that he sketched, coloured and painted using various mediums and participated in challenges like the #100daysofsketching challenge and Inktober (2018 and 2019) on Instagram. 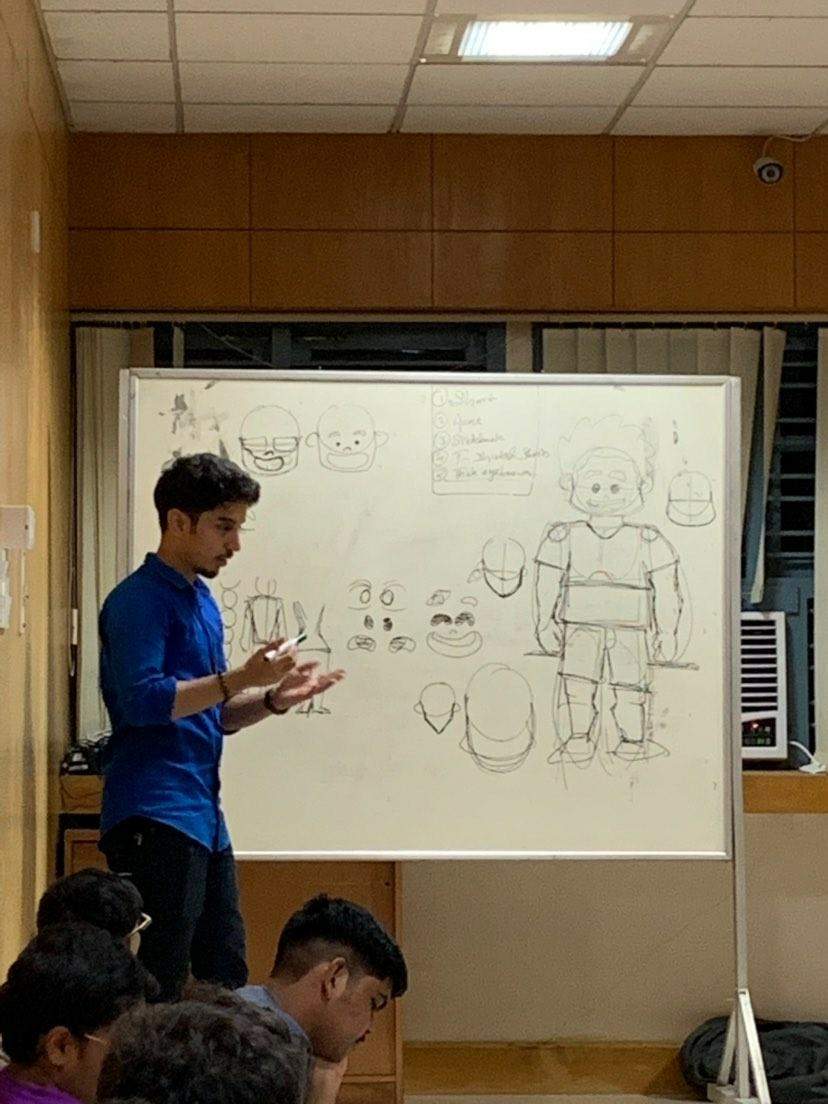 Kapil at one of his cartoon art workshops held recently

While he was cementing his footing as a valued member of Chennai's artist community, Thin Black Brush, an outfit that organises art workshops got in touch with him and that is how he conducted his first comic art workshop last August. It was such a grand success that he conducted a second workshop two months later, in October! He is now gearing up to conduct his first anime art workshop, which is again being organised by Thin Black Brush on Dec 15 at Super Munch, Ashok Nagar. “I am happy that I have been able to establish my own brand and have been getting orders for designing logos and doing caricatures of people. I am a freelance artist now, but the dream is to be an established one,” he smiles.

Kapil strongly believes that to find your own 'voice' as an artist, it is okay to draw inspiration from the work of other artists you admire.“They do not say imitation is the highest form of flattery for nothing! But to make myself clear here, I do not mean that we should plagiarise by copying every other detail of another artist's work, but we can definitely be inspired to do something similar until we find our own path per se,” he clarifies.