This retired IIT professor has an ingenious way to ensure no one is discriminated by CAA. This is how it works

At a time when the entire nation is protesting against the recently validated Citizenship Amendment Act (CAA) and National Register of Citizens (NRC), Vipin Tripathi, a retired professor of Physics from IIT Delhi has created an action plan for individuals and a memorandum which will be submitted after 15 days to the District Magistrates.

"If not now, when will people raise their voice? When they reach the detention centres or refugee camps?" he asks and calls individuals to volunteer to expose the "imperialistic character" of CAA and NRC. He says, "Not just protesting, we must be ready to face the officials when they ask for documents or proofs to prove our citizenship. Hence, every individual must take note of 1,000 families in their neighbourhood. Form local units and take marches every morning and evening for a week. Organise a march or dharna in your town and submit a memorandum to DM. Help update the family register in your village and ensure that each family gets a certificate from Gram Panchayat President which says that this person was born in the village, mentioning the date of birth, names of parents as per their records." 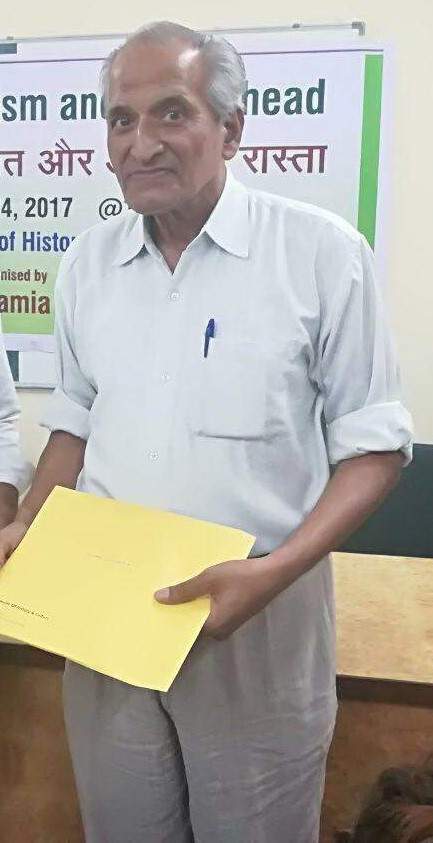 Dr Tripathi thinks that the constitutional order of India has already started crumbling. "The government is implementing an act (CAA and registration in the NRC) that will require everyone to produce documents, to the satisfaction of government officers, to prove that we are Indian citizens. People will be helpless to beg for mercy, wasting money and time. It is a return of imperialism — dividing people through sectarianism. CAA too will divide the people into binaries of identity — Muslims and non-Muslims. While the non-Muslims will be put into refugee camps and will be given citizenship after six years of stay in India, the Muslims will have no channels to acquire Indian citizenship. The immediate fallout of CAB would be among the 19 lakh working-class people who are left out of Assam NRC and will be further divided into Muslims and non-muslims. Thus NRC is detrimental to all the citizens."

Not just Delhi, this memorandum has been shared among people from different districts. "We have a team which is spread over different parts of India. All these in-charge people for those districts will not only create awareness among people but they will discuss what is written in this memorandum and make people understand the same. Currently, Delhi is burning and people have become outrageous. I have distributed 4,000 flyers among people to raise their voice against NRC and CAB. I had never seen such gatherings and protests from people against any policy that was formed in India" says Dr Tripathi.

Here's what he suggests:
CAB is discriminatory, says the memo and puts out five pointers, "It must be withdrawn. Illegal migrants of all religious shades are given refugee status if they are victims of religious, racial, linguistic or political persecution if they are working classes and have lived in India for 10 years as wage workers, farmers, artisans."

"NRC is a dictation of authority over the citizenship of people. Anybody born in India with Indian ancestors is an Indian citizen. Gram Panchayat certificate as per birth-death or family register must be treated as the authentic and sufficient proof of citizenship. Demanding additional proof is tantamount to placing people in the hands of government machinery which has yet to develop integrity towards people. NRC must never be introduced," it continues. "Reference to partition must never be made to target a community. Partition was not the creation of any community. It was the creation of imperialist power and its Indian allies. Police and army must never be used to subvert democratic rights of any region, community or political opponents," reads the memo.