The Jananeethi story: How this former priest has been offering free legal help to Kerala's oppressed since 1991

The world’s answer to human rights came years before today’s champions of equality came into the scene. George Pulikuthiyil, an advocate in the High Court of Kerala realised the need to protect our most fundamental rights before most of us realised that they could be questioned. In 1991, he founded Jananeethi, registered as a charitable society, to help people get legal aid. Pulikuthiyil, who is now officially the secretary of the organisation works as it’s eyes and ears by looking into their policy and development. “I wanted to create a free legal aid centre for those who could not afford a lawyer. For me, it felt important to lend my voice to people who were in the margins.”

Jananeethi was established when Pulikuthiyil was still a Catholic priest, albeit one who had studied the law. "It was a part of my social commitment as a priest," he says, adding, "I started giving free legal aid because I didn't want to earn money for my services and I didn't have a family that I needed to support. At the time, all the expenses were taken care of by the church." By 1995-96, Jananeethi's work started to develop issues with the church. "I was ruffling a lot of feathers because I had basically started a movement in favour of the poor. In a nutshell, the poor are always complaining against the rich. The Catholic church is a big part of such big establishments supporting the rich and the influential which are naturally against the poor. So at its most basic level, there were a lot of ideological and professional differences." 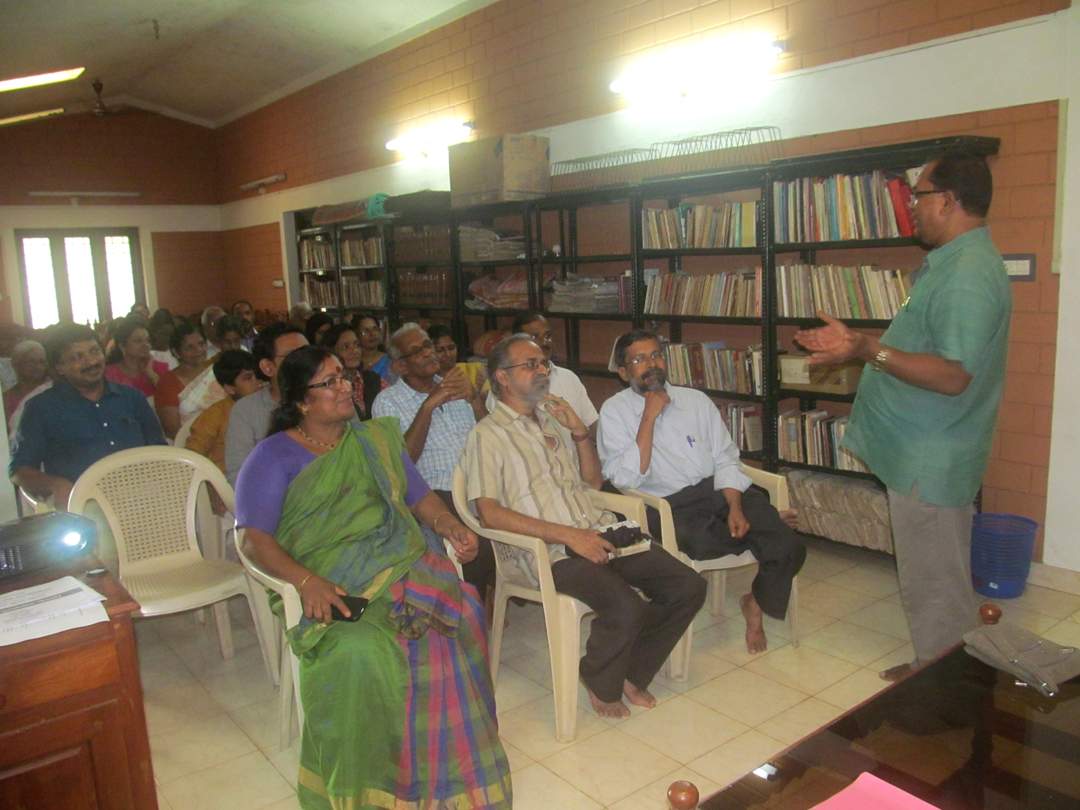 GIVE BACK: Volunteers at Jananeethi are specially sensitised and trained to assist women who approach the organisation

At the time, he had to take cases against his own superiors, including bishops and nuns. He says, "I was sure that I would be dismissed, so I dismissed himself from the society and walked out of the religious congregation in 2000." In 2004, they officially declared that he was excommunicated from the church. That was the background within which the organisation was founded. Currently, Jananeethi is run by a board of directors and advisors.

In 2000, Jananeethi tried to create the first litigation free environment in the panchayat of Varavoor, Thrissur. In a village of 520 families with 260 pending cases in different courts of Thrissur, the forest department and civil stations, they attempted to sensitise the people on the merits and demerits of the cases and encouraged them to handle them personally

Perspectives on gender
When the organisation first started out, their primary visitors were women. They began dealing with a range of issues such as domestic violence, dowry, manhandling by men and disputes about the custody of their children. Pulikuthiyil explains, “After handling these cases, I realised that the problem was deeper than I expected because women would reconcile to their circumstances and had taken it on themselves to suffer because of their identities and considered that they were not supposed to be criticising the system. Wherever these women turned, be it the government, the courtroom, religion, the police or even their own mothers, they would ask them to accept it as their fate.” The national legislation for the Protection of Women from Domestic Violence came in 2015, long after Jananeethi delved into the issue in 1991.

Women helping women
Pulikuthiyil says that some cases needed a different orientation, “I realised that these issues had to be dealt with from a woman’s perspective. A man would never know the complexities that are involved. That’s why the staffers at Jananeethi are specially trained specifically.” He began by trying to change the mindset of the women first. He says, “I started visiting anganwadis where there are 25-30 children each from the poorest families of the village. I worked with the teachers and the helpers there who were better at dealing with the legal rights of these women than most officials were at the time.” He started talking to women in low-income communities. Whenever there was a violation of women’s rights, domestic abuse or sexual violence, the anganwadi teachers would bring them to the Jananeethi office, from where their trainees would accompany them to the police station and register a complaint.

Green concerns
By 1995, Jananeethi started to work on environmental issues as well. It was a time when activities such as quarrying, mining and deforestation were first catching up with people’s lives. Pulikuthiyil says, “We agree on one thing: that everyone has a right to life. According to the supreme court, this is the right to a clean environment. How do you live without this? Your right to life should protect the rights of the environment as well.” If we can't stand up for the environment that gives us so much, then what are we standing up for?