Likitha Chandrashekara talks about her chatbot for senior citizens who suffer from memory loss. She is working to make the chatbot more efficient in giving responses

Meet Likitha Chandrashekara from Bengaluru who has designed a companion chatbot named Sakhi to help senior citizens who suffer from Alzheimer's and other memory-related psychogenic disorders or short-term memory loss. And for this, the Institution of Engineering and Technology (IET) selected Likitha to participate in the IET South Asia 'Present around the World' competition (regional level), which she won. Narrating the story behind developing Sakhi, Likitha, who works with Texas Instruments as a Analogue Design Engineer and spends her weekends at IISc doing research, says, "When I was discussing with Dr Sriram Ganapathy from LEAP Laboratory about the memory loss that senior citizens suffer from, we got the idea to develop a chatbot."

Likitha who has been working on this chatbot for more than a year, says, "We are still in the process of adding new features to the chatbot. For now, the chatbot is capable of making meaningful conversations with people on common topics like nature, hobbies, etc. All the conversations that happen get stored in communication logs. These can be accessed by the doctors to check the extent of the memory loss, so that they can suggest the necessary medication or therapy. Apart from this, we have added a list of questions that the chatbot will ask the patient. Based on the answers recorded, the doctors will be able to identify if the deviation in the answers are actually due to memory loss or done purposefully." 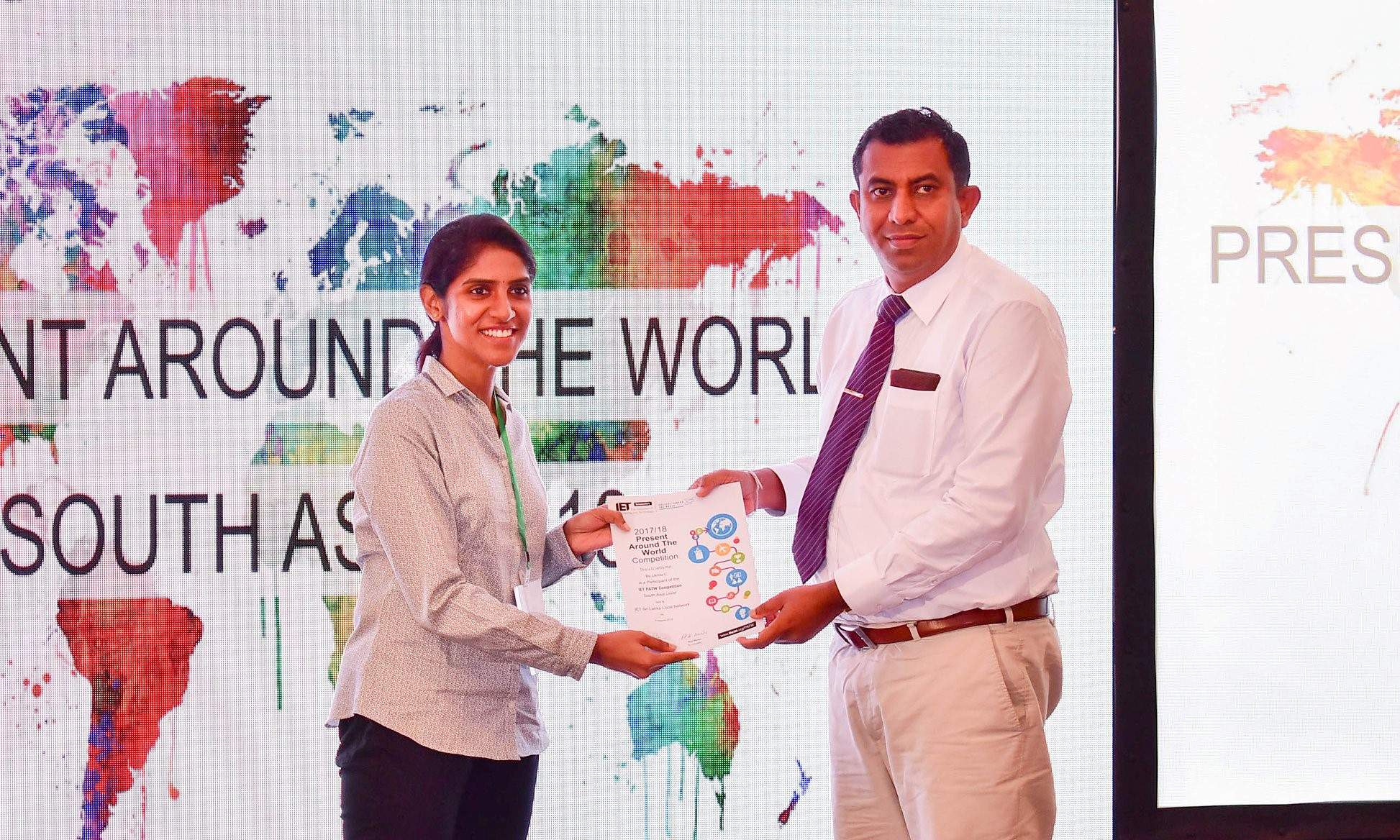 According to Likitha, who graduated from National Institute of Technology Karnataka in Surathkal, they are working to make the chatbot more efficient in giving responses. "Currently, as the conversation progresses, the chatbot reaches a point where it says that it does not have the answer or solution to a given problem. We are working to overcome this particular problem and see that it responds to all questions. Similarly, we want our chatbot to comprehend any question no matter how badly they are formed. We have a long way to go before we solve these issues," says this young engineer who was awarded `34,000 for winning the regional-level competition.

Next, Likitha will be representing South Asia at the global finals of Present around the World (PATW) — a competition for students, graduates and young professionals aged 18-30 years that aims to provide a platform to showcase and explore their talent and innovative thinking. This will be held in London in October.