Kochi's very own progressive rock quartet, Chidakasha, is all set to take their music to the national level

Imagine this. One of our best homegrown bands could have never been a band at all. Yes. Lead vocalist of the band, Sachin Rajeev was on his way to becoming a solo performer when he casually participated in a jam session with their now-lead guitarist, Arjun Subramaniam. Their music worked so well together that they decided a set of good drums and a fab drummer would be enough to create the sort of band that they themselves were yearning to hear from. So they went for it and the rest has been history, Chidakasha was born. We speak to Sachin about their journey through Indian rock music and how they manage to keep the passion alive. Excerpts:

Tell us about the origins of your music.
When Chidakasha was formed, the others and I wanted an Indian music influence to be there. After we officially set it up, we wanted to do a few live shows, make a proper fund and then start producing our own album. Our first gig was in 2017 at a flea market in Kochi where we were the headlining act. We had four gigs in the weeks that followed. We’ve been together for one and a half years now.

What sets your music apart?
What we’ve accomplished are things any band can do. And we’ve fought and toiled like many artists who have wanted to make a mark for themselves in the industry. Throughout this process, we haven’t had any external help, each one of us personally worked hard to get the band to where it is. You can call us a proper DIY band. What makes us different is our music. For any band, their music is their baby. We take it forward a little bit, it means even more to us. After we gained a basic following, we started to play at more venues. We started to gain some popularity as a house-managed band because I manage the band personally. 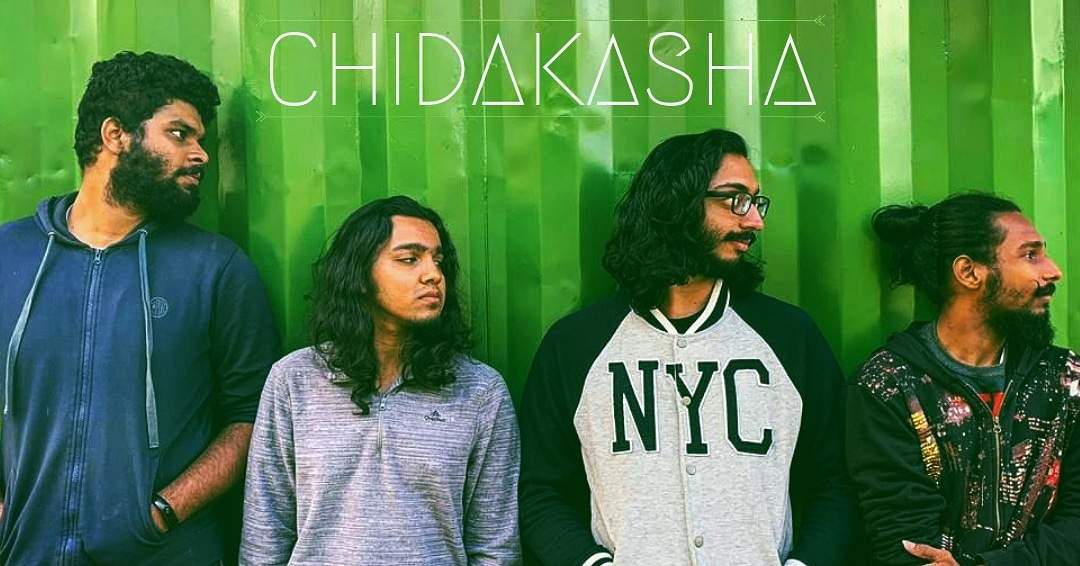 BAND TOGETHER: The band is launching their debut EP, Oscillate in October

Could you describe your genre of music?
In the phase when I was in between bands, I wanted to create my own version of Indian music and the others concurred. This was around the time when bands like Pineapple Express and Agam were blowing up so we understood that there was scope for our brand of music. Most of the bands we have here are various extremes. Ours is a mix of Eastern and Western, somewhere right in the middle. Our lyrics are generally in English but to Hindustani rhythms. Initially, most our songs were about our own life experiences. Now we also write about experiences of the people we meet every day. I feel like we explore more genres and languages. Our first song was punk, we have an extemely metal Malayalam song in Carnatic style. We are continuously exploring genres. Ours is not just a music performance, it is an experience on its own. For someone who sees the whole thing, it will be like a proper journey through music.

How has the music scene in Kochi changed since the time you started out?
I have been in the music scene for 3 years in Kochi alone. When I first came here, there wasn’t a single open mic or event in the city. In fact, we used to have to start our own events and build it up from ground zero. Now it’s changed so much that we have to make sure the dates don’t clash with the number of events this city sees in a single day. And the number of people attending has also skyrocketed. As someone who has been in the city for so long, I have no doubt that we have come to truly embrace music and all forms of art.

What plans does the band have for the future?
We have planned everything we want to achieve by October 2020 because we now have the personal experience to navigate much more. We’ve ventured into an array of new experiences and we have had good and bad luck through it all, now it’s time for us to act on what we learnt. Right now, we are a band that the people of Kochi know and identify with, I want to take that recognition to the national level.