This 24-year-old is making a killing off her Calligraphy. Here's how

Self-taught calligraphy artist Shunthini Kumar tells us why anyone can easily learn the art – even if their handwriting is bad!

Fresh out of college with a BTech degree in hand, Shunthini Kumar followed a path most Indian parents would be super proud of — she enrolled in a Civil Services coaching centre. She firmly believed that this was the career path that she wanted to embark on until a YouTube video caught her attention one day. “The video featured famous YouTuber Amanda Rach Lee, where she was doodling and creating beautiful calligraphic pieces. From then on, I started watching her videos every day and replicating whatever she did,” she recollects. Her interest in the subject just kept growing to the point where she understood that calligraphy was her true calling and quit going for IAS coaching four months ago. “I have been very passionate about it from the beginning. I decided to take it up professionally and so, took up courses online on websites like Coursera and browsed through many other YouTube videos, from where I learnt the A-Z of calligraphy,” beams the 24-year-old. 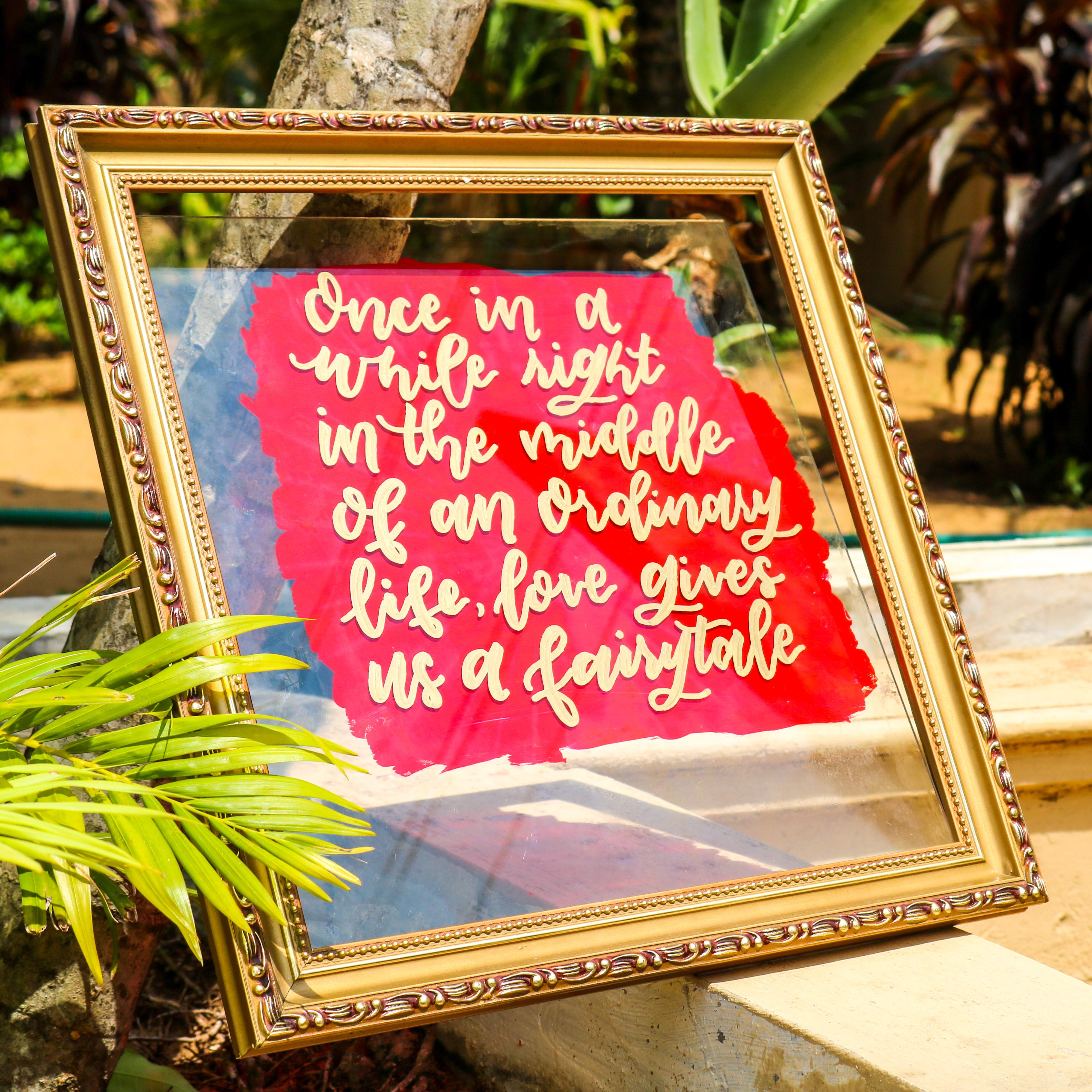 She started chronicling her progress on her Instagram page, The Calligraphy Boutique, posting videos and pictures of her work almost every other day. And soon, her hobby evolved into a business – she started getting business enquiries for name boards, signboards, invitation card and even wax seal designs. “I was so surprised that people liked what I did. Initially, my followers belonged to my inner circle — friends and relatives — but as the days passed, strangers started complimenting me on Instagram, asking for customised gifts and artworks. All this attention only motivated me to create more designs,” adds Shunthini. According to this self-taught calligraphy artist, calligraphy is not a dying art form at all. “Thanks to social media, people who did not know anything about calligraphy before, like me, are now becoming experts! I know a lot of people who like watching calligraphy videos simply because they are satisfying and relaxing. I have received a lot of feedback asking, ‘This is incredible, how do you do this?’ There is a lot of interest surrounding this subject today for sure!’ she points out proudly.

Shunthini believes that she understands both the aesthetic and technical aspects of calligraphy well, and wants to share her knowledge with anyone who is interested. Recently, she organised a ‘Modern Calligraphy Workshop’ in Thiruvananthapuram, which had almost 10 participants from the city. The three-hour workshop dealt with the basic tenets of calligraphy like basic strokes and letter, word and sentence formation. She also focused on ‘flourishings’ — a technique to make the calligraphy work look more elegant and sophisticated. Are there any pre-requisites/conditions mandatory for learning calligraphy, like having decent handwriting? “No, it is a misconception that only people with good handwriting can excel in calligraphy. It is more a craft than art and, like in the case of any craft, you need to practise your skills well until you perfect them. Anybody who is focused and is patient enough can learn calligraphy quite easily,” she adds.