Milind Chandwani, founder, Camp Diaries, tells us about his initiative that has helped more than 4,000 children from poor backgrounds realise their full potential through fun activities

If you meet Mohammed Imran, a Class IX student of Government High School, Bandimet, you would never be able to tell that he was contemplating dropping out of school a couple of years ago. He oozes so much confidence when he proudly says, “I don’t score less than 78% in any subject. I love going to school now. I look forward to meeting my friends every day.”

Taqueen, a Class X student of the same school gushes when she tells us, “I used to be scared of public speaking once. No matter how hard I tried to overcome my fear of speaking in front of a crowd, it always pulled me back, and every time that happened, I felt like a failure. But now, things have changed. I have found my voice – I feel I can even emcee at events now.”

Saraswathi Gantapaka was a Class IX student of the same school who dropped out right in the middle of the academic year – not because of poverty or because she was forced to marry someone, as is the case in most such instances – but because she got a 125% scholarship to study at Aga Khan Academy in Hyderabad. She says, “My life changed forever when I got this opportunity. I wouldn’t have reached this far in life if not for Milind Bhaiya and Camp Diaries.”

Like Saraswati, Imran and Taqueen also attribute their success to Camp Diaries and Milind Chandwani, its founder. This begs the question – What exactly is Camp Diaries? “Camp Diaries is a non-governmental organisation that works towards giving kids from government and/or low-income private schools exposure in 8 different extra-curricular and co-curricular activities. It is a platform that identifies and nurtures hidden talents and interests of children and makes them proficient enough to pursue their passions on their own. We believe that each child deserves to write their own story,” says Milind about the main idea behind this initiative, adding that Camp Diaries has impacted more than 4,000 kids with the help of over 1,500 volunteers until now. 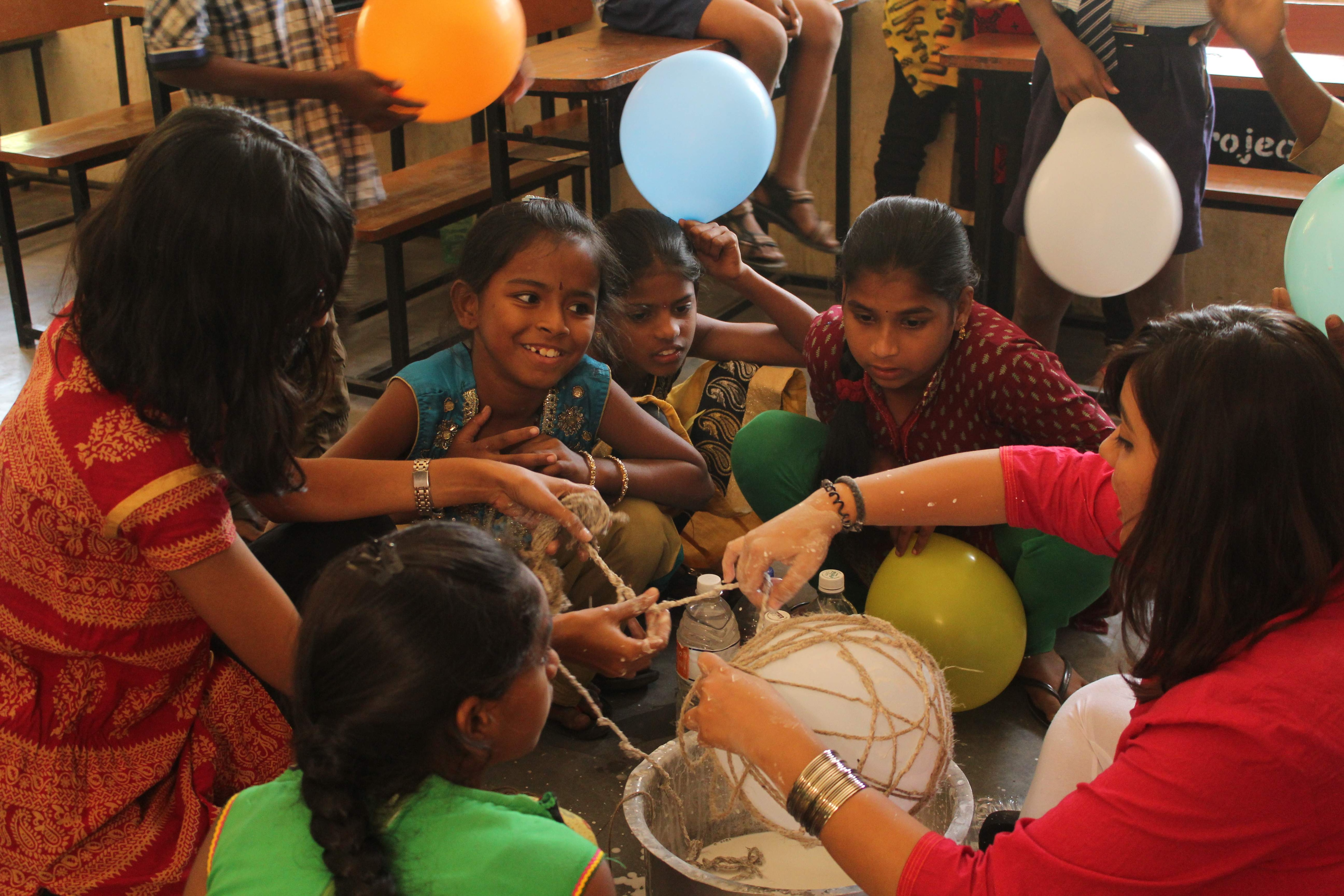 Following instructions: Children learning art and craft at a camp

How the camps got started

Milind Chandwani is an IT professional-turned-social activist whose rough childhood left a lasting impact on the way he looked at society and its issues. “I was not the smartest kid in class and neither the fittest. I was bullied for being fat. I lived in a shell for the most part of my life until I discovered the one thing that truly made me happy – making a difference in other’s lives,” explains Milind, who tried his hand at pretty much everything before becoming a full-time social activist. “Right after college, I worked in Infosys and another IT company for more than three years. But it always felt like I was missing out on things I was really interested in, so I started exploring dance, music and even drama on the side. I wanted to find out who I really was,” he says, adding, “But it was when I started volunteering at Make A Difference in Bengaluru that I started feeling truly satisfied and happy with what I was doing. What began as a once-a-week thing slowly became a three-days-a-week affair and then finally became an everyday activity, despite the fact that the MAD centre was more than 30 km away from my home and the two-way trips were more than tiring.”

Milind had almost made up his mind to go down this route when he was told by his family that only an MBA would make him ‘settled’ in life. So being the good son that he is, he cracked the CAT exam with an impressive 99 percentile and even got admission letters from a few IIMs and other top management institutes in the country when he learnt that he had been accepted as a fellow in TFI (Teach for India). “I had secretly applied for the TFI fellowship knowing that I probably would never get it. I felt that there wasn’t even a 50% chance that I would get it, but something in my heart told me to just go for it. And when I finally did get it, I was at a crossroads. There was MBA, representing ‘needs’ on one side and TFI representing ‘satisfaction’ on the other. After some contemplation, I chose satisfaction and my life has not been the same ever since,” he smiles.

As a TFI fellow, he was posted in Government High School, Bandimet in Hyderabad, where he got to understand rural society at a deeper level and even encounter serious issues like domestic violence, alcohol and drug abuse, female infanticide, etc. To create awareness on these issues, he started writing street plays and even involved a couple of his students in them. “We staged 2 plays in total and the response from audiences was great. But I regretted the fact that I could only involve a few of my students in them. The thought that ‘I need to do something more, on a bigger scale’ had somehow taken root in my mind. I was always looking for the right opportunity to set my ideas in motion,” says Milind.

Taking the camps to the students

Milind was on his Dussehra break from TFI in 2016 when a set of events, which would eventually lead to the establishment of Camp Diaries, took place, almost like they were meant to happen. “The Telangana government conducts workshops on yoga, brain games, etc for government school kids every year. But from each school, only two or three kids are selected. So as usual, that year, two kids were selected from the school that I was a TFI fellow in. But both were boys. My girl students came complaining to me about this, saying ‘Bhaiya, why weren’t we selected? We also want to be a part of these camps…we also want to learn something new.’ When I asked the principal about this, he said that the girls were not allowed because it is unsafe for them to go to the places where the workshops were taking place. That’s when I decided – if my kids cannot go to workshops, I would bring the workshops to them,” he recalls. Rapt in attention: Children learning the basics of beatboxing

Milind immediately reached out to all of his contacts, asking them to volunteer to teach children any activity of their choice and on the same day, he got more than 14 confirmations. But on the day the workshops were meant to happen, only 4 volunteers, excluding myself, and 70 kids turned up. “My heart sank because only a few people had turned up, but I still went ahead with what I had promised and the workshops took place. The children were taught art and craft, beatboxing, dance, music and brain games. Within a few days, the second set of workshops took place and this time, there were 200 kids and 10 volunteers. Along with help from friends and colleagues, I decided to give this process a structure and that’s how Camp Diaries formally came into existence on January 1st, 2017,” he explains. The idea was simple: Milind and friends wanted the activities – like dance, music, brain games, drama, to name a few - in these workshops to not only enhance the talents of the kids, but also contribute to making them independent learners.

Time proved that their idea was not only simple but also effective, as, by the end of 2017, Camp Diaries had successfully conducted camps and workshops in government and low-income private schools in 4 cities – Hyderabad, Chennai (no longer operational), Ahmedabad and Bengaluru. Now, Milind is focused on expanding Camp Diaries to other cities as he wants to impact more kids and change their lives for the better. “Currently, we are working on expanding to 15 cities, and plan to impact more than 12,000 kids in 13 different states. Hope everything works according to plan,” he smiles. When it comes to challenges, Milind argues that getting volunteers has never been a tough task as young people today really want to give back to society. I have received over 10,000 volunteer sign-ups from 50 different cities now. But a paucity of funds has been the greatest challenge for the team. As every camp they conduct is free and they do not say ‘no’ to any child, they are always short on funds. Camp Diaries runs a crowdfunding campaign on Milaap (https://milaap.org/fundraisers/support-milind-chandwani) to help raise enough money to expand further. 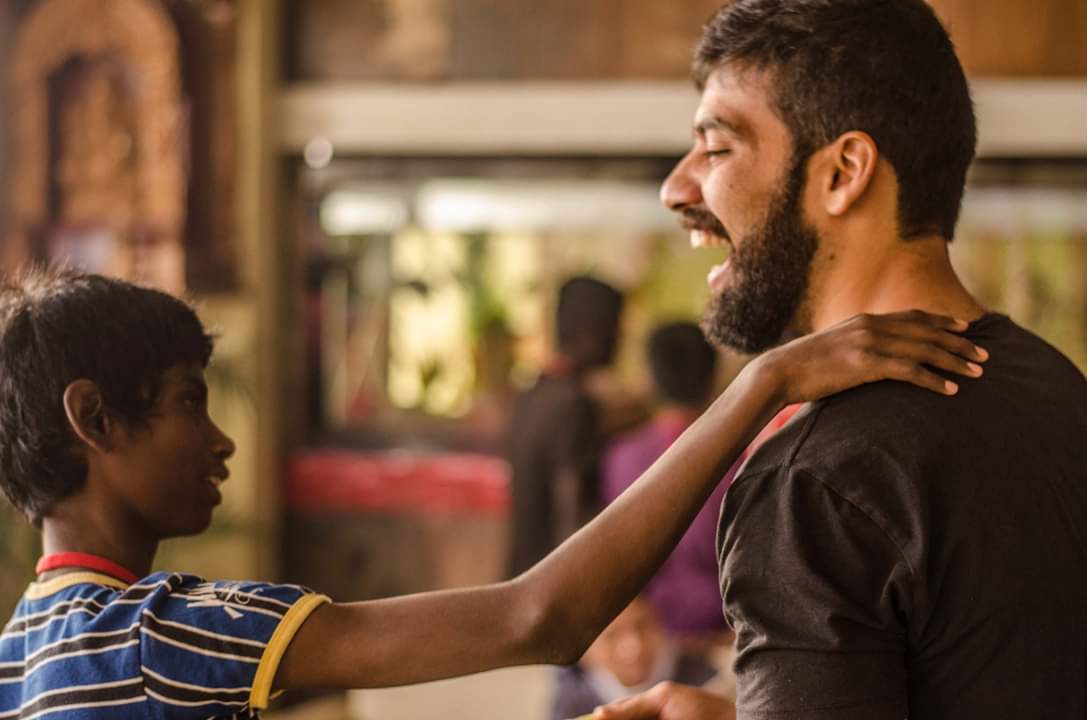 All smiles: The children consider Milind their greatest inspiration

Imran and Taqueen, the children mentioned at the beginning of the story were inspired by their Milind bhaiya and Camp Diaries in general, that they decided to conduct camps for children from impoverished backgrounds under ‘Children’s Camp Diaries’ – an initiative for the children, by the children. “Imran had mastered dance, Taqueen had mastered singing and public speaking through the camps. What they loved about Camp Diaries is the fact that in addition to improving their skills, nurturing their talents and getting better at different activities, they learned how to be independent. They became empowered enough to conduct camps on their own! I think this is the biggest success of Camp Diaries,” informs Milind.