Archana Mohan wants to revive interest in Yakshagana. This is how she's doing it

Author Archana Mohan speaks about her new book, Yaksha, especially for children, and how she hopes it will preserve the dying art form of Yakshagana

When Akash, an eight-year-old, came down from the US to India with his parents, it was customary to travel to his hometown of Mangaluru. Unaware of the art form called Yakshagana, he wondered about the people who wore huge colourful costumes, painted their faces, wore gejjes on their ankles and performed dances or plays. Like Akash, there are Indian kids who live abroad and even those who live in India who are unaware of the ancient Indian folk art — resulting in the sharp decline of Yakshagana and other forms of folk art. Today, only a few hundreds perform and teach this art form to others. To help keep the art form afloat, two organisations from Bengaluru have come together and launched a book titled Yaksha, written especially for children.

Yakshadegula, a 40-year-old organisation that has been working to preserve the art of Yakshagana in South India, was started by famous Yakshagana artist, K Mohan. Now, his daughter Priyanka Mohan, who has always wanted to reach out to children and make Yakshagana relatable to children, has taken over the reins. To help her achieve her goal, she tied up with Bookosmia, an organisation that works to produce meaningful content for children in vernacular languages. 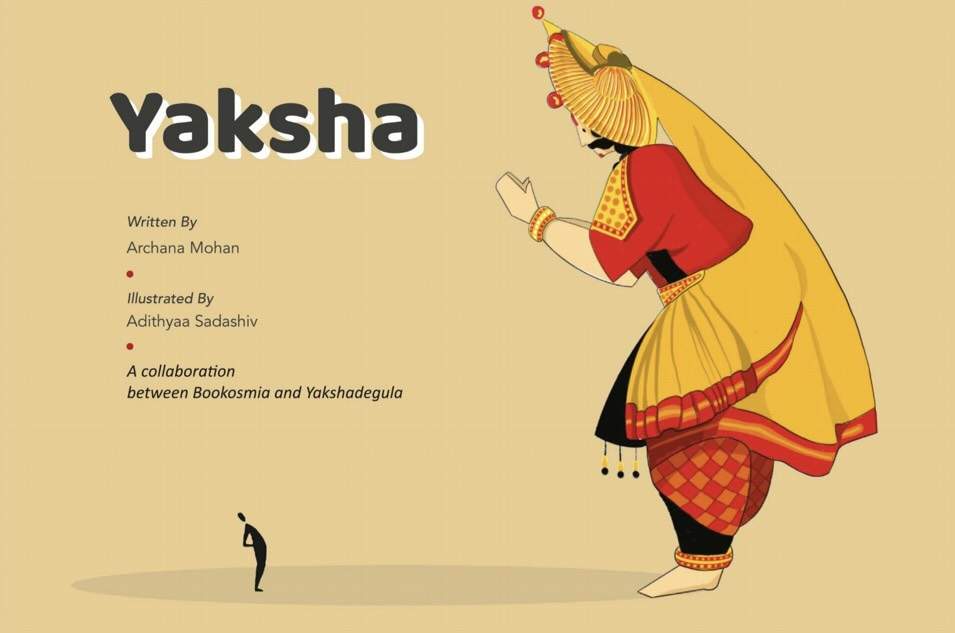 Specially for kids: This is the cover page of the book titled Yaksha. It is available in Kannada and English languages

Written by Archana Mohan, Yaksha contains beautiful illustrations by Adithyaa Sadashiv. Archana, who has authored several kids' books, says, "This book is a bold experiment in my career. Till date, there have been no books available for children on this particular art form. Yaksha is the first book where we have made Yakshagana look cool for children,  blended in the form of a story."

Explaining the contents of this quick read 25-pager, Archana says, "An eight-year-old boy named Yaksha is the protagonist of the story. He is new to the school and is unable to make friends. He believes that there is nothing special about him. On the occasion of 'Be Your Own Super Hero Day' at his school, he dresses up like a Yakshagana artist. This grabs the attention of his classmates who are interested to know what his costume means. And the child goes on to explain everything about the art form, its history and how it is practised. That's the defining moment when he feels that his name has a deep connection with the art. He even learns the art form gradually. Whether he will able to preserve the dying art form or not is the question here." 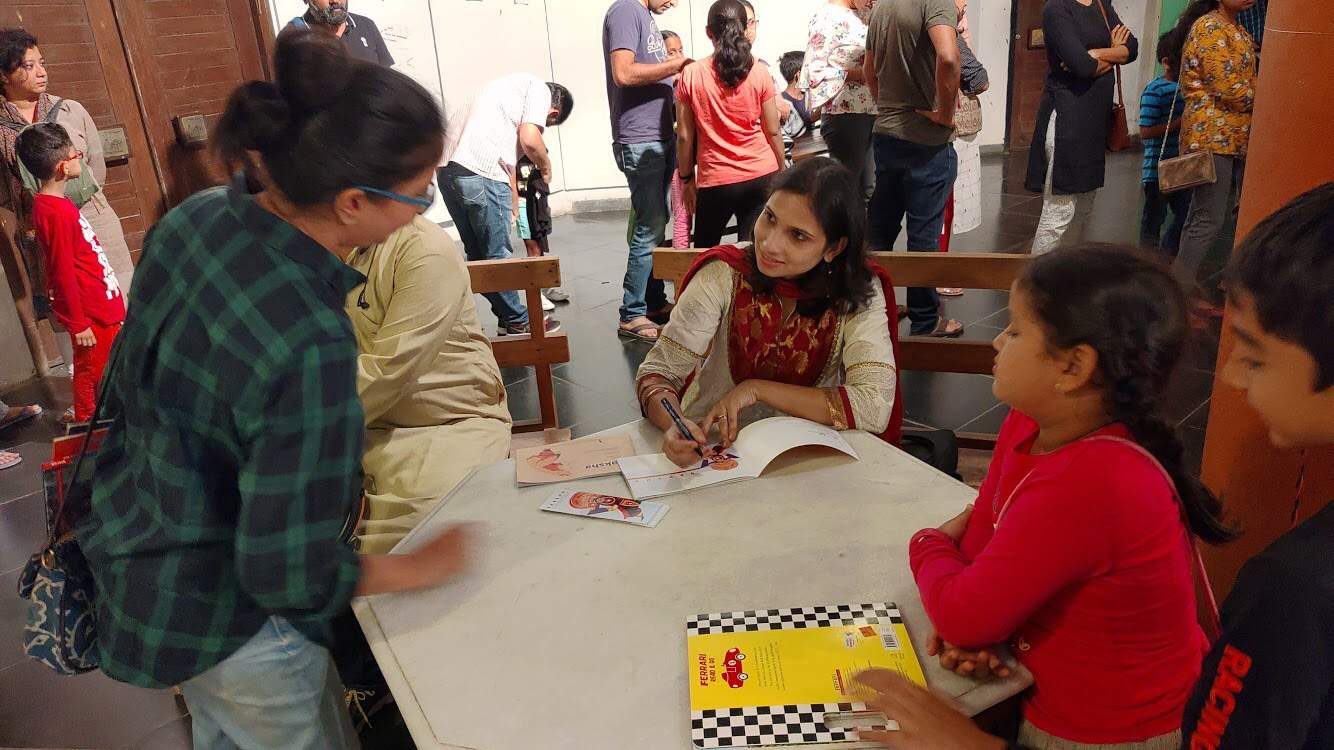 She adds, "Usually, people assume that it is only girls who learn performing arts like dance while boys learn karate or Western dance. That's how parents perceive it too. But we are trying to break that stereotype through this book. Anyone can master the art form if they have the interest to explore it." Archana, Priyanka and Adithyaa, who collaborated for this book, are quite happy with the response it's gained — all the first print copies that were out on the stands sold old. As the book is available in both Kannada and English, a good number of copies have been sold in places like Gurugram, Gujarat and Telangana. Over 2,000 copies have already been sold across Karnataka.