This 30-year old biker is riding across 29 states of India. Here's why it's 'drama'-tic

Praveen Varghese Thomas wants to reach out to the massive diversity of the Indian youth across all 29 states, and he intends to empower them in his own ‘dramatic’ way

Former US President John F Kennedy once stated that ‘nothing compares to the simple pleasure of riding a bike’. This notion would probably be agreed upon fervently by the vast majority of Indian youth today, and 30-year-old Praveen Varghese Thomas certainly subscribes to this perception. Currently pursuing his PhD in Social Work from Loyola College of Social Sciences - University of Kerala, Thiruvananthapuram, he has chalked out an ambitious plan of biblical proportion – to undertake a bike ride across all 29 states of India, covering 11,000-kilometres while attempting to socially and intellectually connect youngsters from a wide array of varying backgrounds. 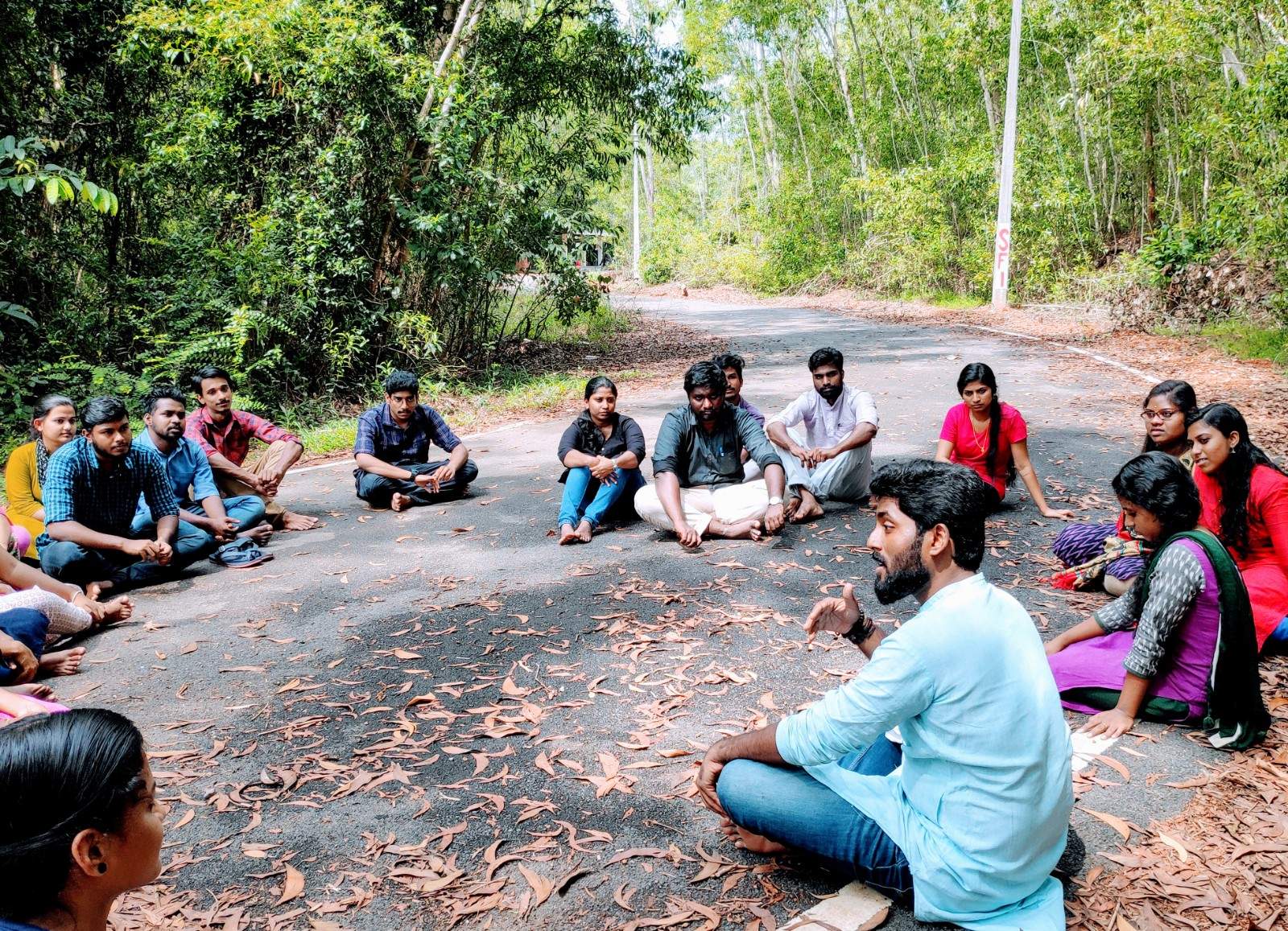 Motivating the Young: More than 30% of Indian youth are unemployed and are vulnerable to resorting to crimes to make a living

The son of an Indian Army officer and a 2015 Commonwealth Youth Summit representative from India, Praveen was also identified as a Global Goodwill Ambassador.  Soulman, a solo drama that depicts various social issues plaguing the society, is his brainchild and to cap it all off, he has contributed 16 research papers in numerous refereed journals at both the national and international levels. “I have a passion for riding, and have completed solo drives over long distances before. Since my PhD is covered under a fellowship, I’m consuming something from society, after which I will secure a job. I felt obliged to give something back to society, since they were in one way or the other funding my education,” says Praveen. Riding, according to him, is a selfish act meant only for personal gains – you fill your tank, visit distant places, click photographs, and unwind after a long day of doing nothing significant. “Everyone is inherently selfish, harming the environment or society at some point or the other. But even then, it doesn’t take much to be a social person as well. Just think about the society for a moment, and you can make a difference. A single man with a single thought directed at empowering the society can make a difference,” he adds.

Praveen conducts a plethora of teaching modules including seminars, workshops and sessions, and focuses on a diverse range of subjects such as career guidance, parenting, expressing oneself, entrepreneurship, youth development, theology and public speaking. He might appear like your regular ‘social expert’ at first glance, but he has a unique tool up his sleeves – the usage of drama and role-play as teaching materials as opposed to textbooks and blackboards. “I want to know what kind of lives the youngsters are leading, and understand their stories. I will then add my own story to theirs, empowering them with life skills to lead better lives,” remarks Praveen.

His scheduled bike journey across India in November this year will see him visit up to 5 underprivileged schools and 5 colleges in each state, and he intends to once again utilise his mastery over drama as his medium of instruction. Topics such as sanitation and social responsibility rank highly on his priority list, and although he can take care of his personal costs, including travel and petrol charges, he seeks financial assistance for conducting and organising his social sessions across the nation. “I presently have no funds allocated for the trip, which is expected to cost around Rs. 4 lakhs. While my friends at various universities and my well-wishers will be supporting me when I reach their respective states, the monetary requirements for conducting my sessions would require donations from generous individuals and other forms of sponsorships as well,” he says. Praveen is incredibly enthusiastic about his planned ride-for-a-cause trip, and explains that he intends to dress up as a joker and enact a dramatic play before the students, in order to spread awareness regarding prevailing issues. “These are small techniques that I use to convey my thoughts, ideas and knowledge as a whole to my audience. It is up to them to decide whether or not they would like to align themselves with the same – I never force them to listen and change,” says Praveen.

Apart from all this, he is also open to performing at universities, schools and colleges, and offers free life skill training for the needy. “You can contact me and host me if you need to avail my services,” concludes Praveen. His immediate plans for the year are two-fold: secure donations from individuals for his upcoming social welfare tour, and to publish a book encompassing the tour itself once it has been completed. Now here’s a rider who takes the phrase riding with a cause in its literal sense!