Agriculture is in a serious crisis and all of us are equally responsible: Dr Ramanjaneyulu GV, Centre for Sustainable Agriculture

It's very inspiring to see so many young eco-warriors in one place as it gives us hope. I am here to take you through rural India, which is home to more than 50 per cent of the people in India and which produces most of the food you eat and most of the raw materials for the clothes you wear. I work with an organisation called Centre for Sustainable Agriculture and we work across the country with small and marginalised farmers who are about 83 per cent of the total number of marginalised farmers in this country. Our journey began because we were worried about the alarming rate of farmer suicides in the last 20 years — more than three and a half lakh farmers have committed suicide. Every half an hour, one farmer death happens across the country. If you actually go through the census data between 2001 and 2011, every day about 2,800 people discard farming as their means of livelihood and that's more alarming.

Even if we are not worried about farmers, we should at least be worried about our food. The data now shows that the way we use the resources which are available — water and soil, as well as the kind of energy we use, with the kind of chemicals we use — agriculture may run out in another 60 years. How we make a difference is what we all need to look at. And in that, as individuals, all of us make wrong choices and as a society, we are making wrong choices. Let me briefly take you around what is happening in rural India, the wrong choices we are taking and how, as a collective, we can make a bit of difference. All of us like to wear cotton and India is one of the largest producers of cotton; Indus Valley Civilisation also manufactured cotton clothes at that time. But one industrial revolution that brought in spinning technology replaced the way cotton is grown in this world. The machinery, which was brought in, was suitable for long-staple cotton and so, India, which till then was growing short-staple cotton, made the shift to the long variety. That was called American cotton. And with the cotton came the insects — the great American bollworm — then came the pesticides then came the chain of crisis with cotton. Today, across the entire country, we have five per cent of the cultivated area under cotton, which consumes about 55 per cent of the agrichemicals. 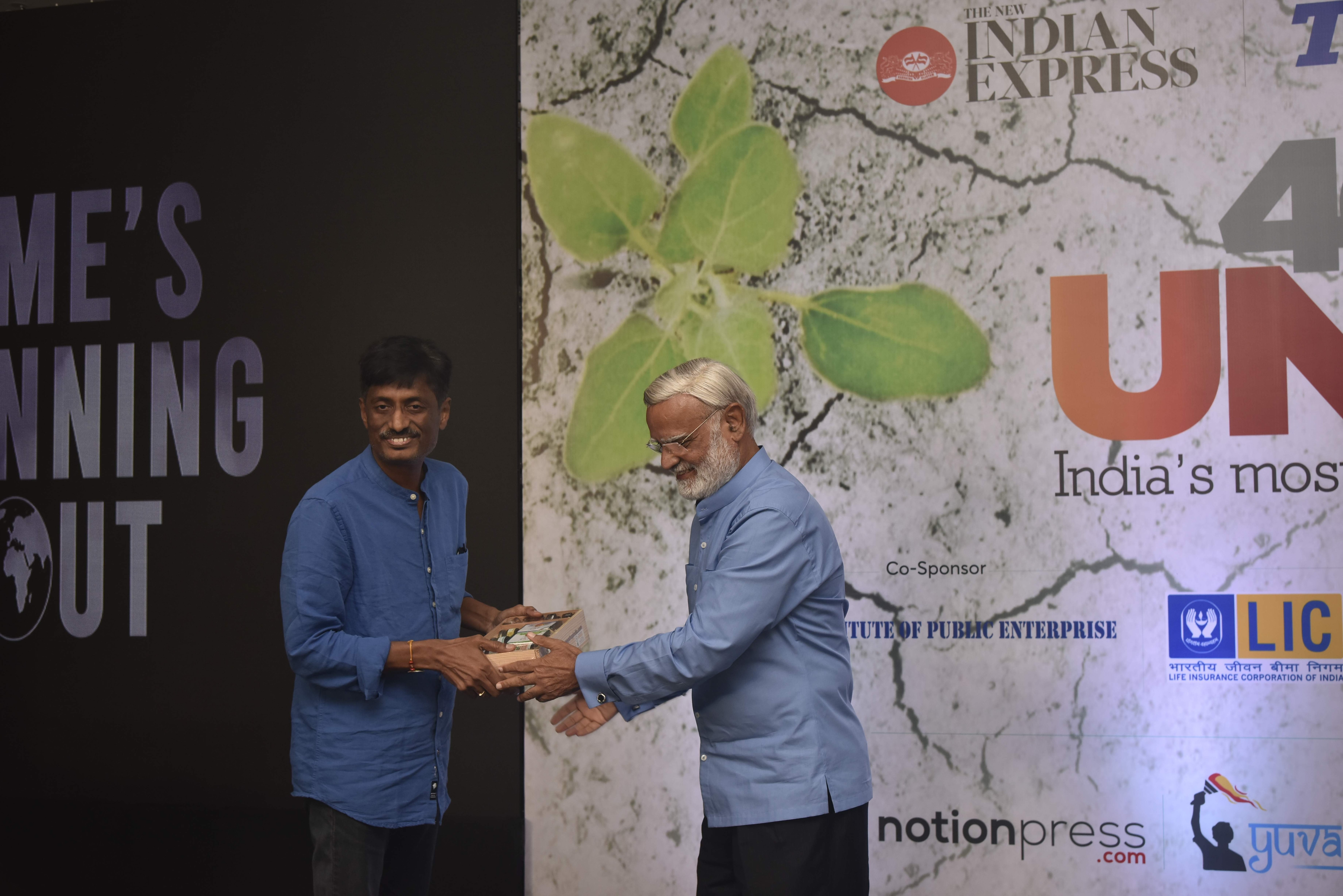 A star-studded affair: Dr Ramanjaneyulu GV receiving his memento from Prabhu Chawla, Editorial Director of The New Indian Express at Edex's 40 Under 40 eco-conclave

Among farmer suicides, almost 60 per cent are among the cotton growers. This is now something like an emergency situation. Every technology that was brought in to manufacture cotton, created a crisis. Then came Bt cotton. Now we have the herbicide-resistant cotton which occupies about 20 per cent of the cultivated area and it is illegal and unapproved for cultivation. Across the country, there are several battles going on to get the cotton variety approved because anyway it is cultivated everywhere. Pesticides kill but we are told that without them, crops cannot be grown. Every day we see a large number of people getting poisoned when they are spraying. It's an occupational hazard. What rights do we have to sit inside AC rooms and state that without pesticides crops cannot be grown without actually listening to the farmers or the workers who are the ones spraying it? Have we ever asked them how it is? All of us have an opinion on what farmers should do but we never look into what they want. Another example is paddy. Growing paddy is seen as development; today, Telangana is the largest manufacturer of paddy. The chemicals we use to grow our crops are slowly converting our lands into deserts. There is an increase in salinisation, 30 per cent of the land in India is now saline and not suitable for cultivation. What we plan to do with these deserts is something we need to think about.

Speaking about the machines used by farmers, India has not created a single machine for small farms or farmers, sometimes the machines given to them are larger than the farm size itself. But then we say that small-scale farmers are not suitable for farming and we should replace them. However, in reality, the large machines have created havoc, exactly the scenario in Punjab. Every house has a machine called a harvester, but the stubbles that are left behind cannot be removed, so they burn them. If 1 crore farmers burn, then you can imagine the amount of pollution and in the winter, the smog reduces visibility to half a metre.

Skewed public policies create more problems, farmers are not paid according to their produce. We have 50 per cent of the population depending on agriculture but only about 2 per cent is allotted to agriculture in the total budget. We need to look at which side we are on and if we are supporting the ones who are producing food for us. Agriculture is in a serious crisis and all of us are equally responsible. We need to act on it. We can't survive without food and water, even if we can without other things. That's why we need to act on it and do it as soon as possible.

Dr Ramanjaneyulu GV is the Executive Director of the Centre for Sustainable Agriculture. He works with farmers across India for a sustainable future. He won the Maharashtra Rural Innovation Award in 2014. Professor Ramanjaneyulu is currently working on public policy issues impacting food systems and farmers' livelihoods and a framework to ensure income security for farmers. He initiated ‘Kisan Mitra’ to improve last-mile delivery of all support services and their governance, which is currently available in three districts of Telangana. He spoke at The New Indian Express and Edex's eco-conclave on August 9 in Hyderabad and urged everyone to take a step towards curbing the agricultural crisis.