The thought of challenging design boundaries to the utmost capacity and the innate belief of this 23-year-old architect that space can have an impact on emotional well-being led him to design play spaces for the children of conflict-affected Syria. Tanay Narendra Bothara from Vivekanand Institute of Technology’s Padmabhushan Vasantdada Patil College of Architecture, Pune clinched the coveted Asia Young Designer of the Year 2019 title beating over 8,400 applicants from 15 geographical locations across Asia. Tanay won a gold medal under the Architectural category.

The theme for this year's edition of Nippon's Asia Young Designer of the Year award was Forward: Challenging Design Boundaries, which seeks to bring disruptions to the design industry and propel aspiring designers to be one step ahead in bettering the quality of living for the people in their societies.

Tanay’s project, Children Uprooted, looks at transforming war-ridden spaces in Syria to provide an environment as conducive as possible for their long-term well-being and hopes to let these children know that they have the power to rebuild Syria or can do their part for the future of Syria. "I feel Syrian children and youth want to do their part for peace to eventually prevail in Syria. Their situations may differ, but as peacemakers, their dreams are the same: to have a future for themselves and rebuild Syria. The tools they need for this are very elementary- equipped minds, healthy bodies and most importantly, self-belief," says the young and vibrant designer. 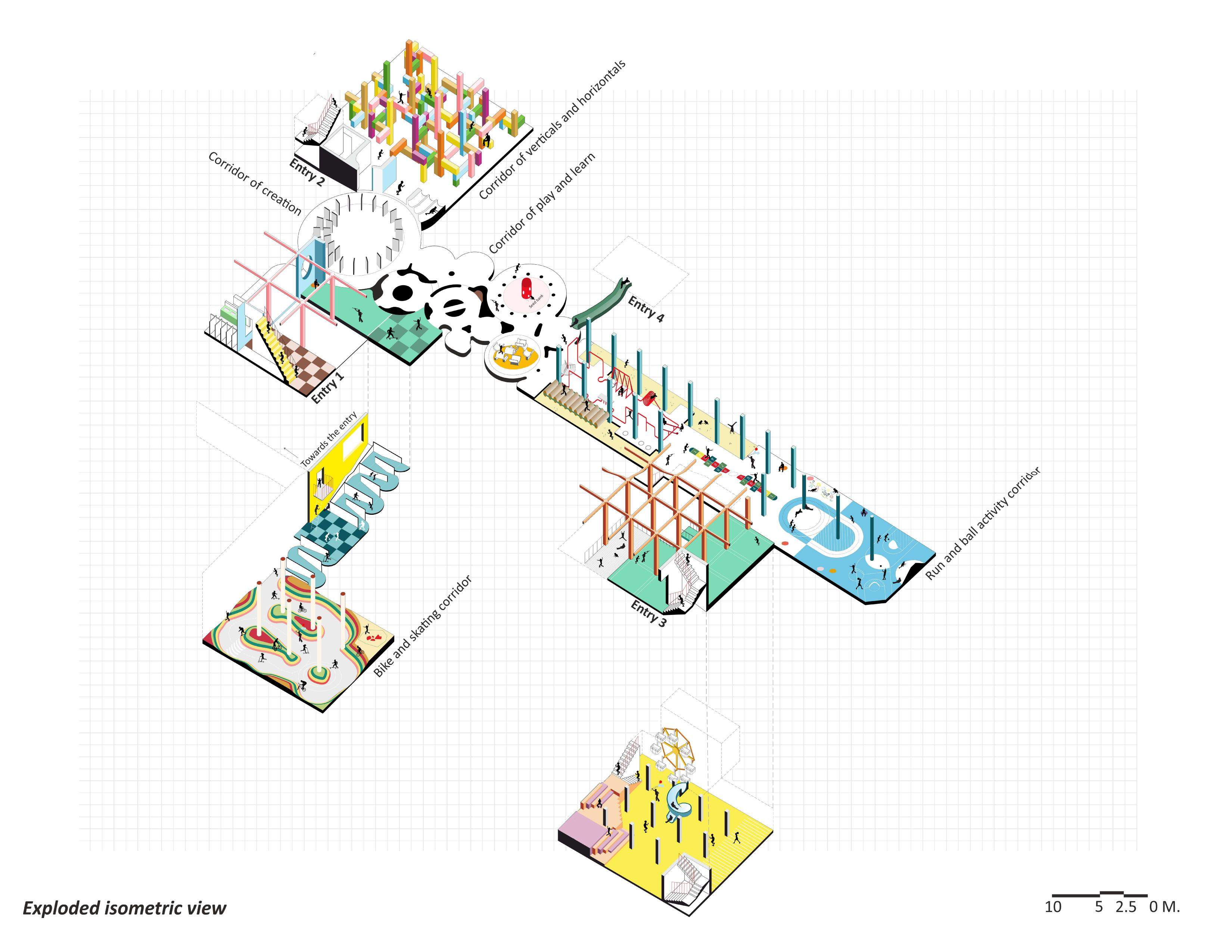 I’ll articulate the question that’s probably on your mind. What’s a boy in Pune doing, writing a thesis about Syria? To this, Tanay responds, "I was trying to articulate what was of value to me and thesis being my last academic opportunity to make myself proud, I wanted my project to stand as a powerful identity which can be simple yet very effective in terms of its impact on society. During my 4th year final submissions, I saw a video of Syrian kids crying out their pain about how the war has uprooted their childhood. I was disturbed by the video. It kept lingering within me for many days and few questions triggered in my mind, ‘Can art and architectural approach in a war zone bring a minute of smile for a kid? Can we as architects help these kids find their lost childhood?’ And many such questions started prompting in my mind which was the start for my thesis journey with the aim to bring a smile through architecture."

It is obviously difficult to write about a place that catches your imagination and holds your heart at ransom, Tanay recalls. "But after seeing the disturbing video of children speaking about their childhood under fire and knowing about its barbarous reality, there was a fissure, akin to Schizophrenia, where my mind and soul were in Syria. I may not be Syrian, I may not have lived through the war. But I’m human. And I can fee," he says.

His design attempts to bring a smile for these kids, to imagine a space to remember and evoke emotions and memories while simultaneously inspiring a pro-active response in the child. He explains how he went about the entire design until the final day of the presentation at the competition. "I was stuck for a long time finding an architectural solution to the question, which had prompted the idea. I began exploring various aspects of the Syrian crisis through other media, personal research and watching documentaries. I kept discussing my design concept with my mentors, Architect Bijoy Ramachandran, artists, psychologists, and architects to develop the idea further. I eventually came up with a subterranean play network. It was around that time that I came to know about Nippon Paint’s AYDA (Asia Young Designer Award) contest and applied for it. My design was shortlisted and I ended up winning the national finals. After winning Gold there, I was shortlisted to participate in the global finals, which saw the participation of 8,500 contestants. I eventually competed with finalists from 15 other countries in the final round. During this time, all the jurors, Architect Mahesh Radhakrishnan, Gita Balakrishnan guided me further on how to improve for the Asia finale. I sincerely thank Ethos India and Nippon Paint for providing me such a huge platform to compete," he adds.

According to Tanay, the most special factor in his design is to find happiness even amidst a warzone. 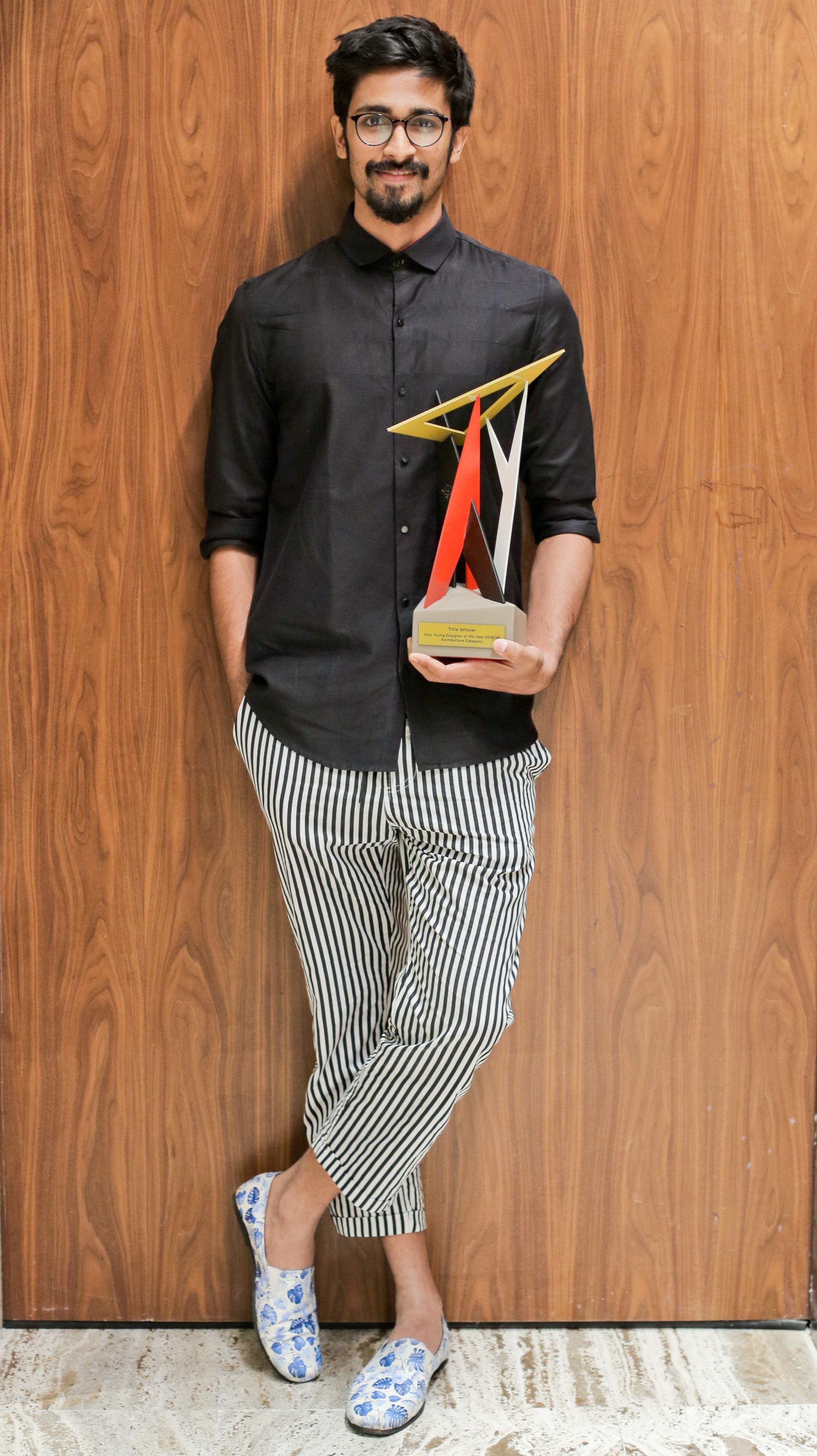 The design looked at the adaptive reuse of the basements in abandoned buildings to create an underground play network. So this concept can be implemented in any war zone. It is not just specific to Syria but can be spread across the world to find happiness for kids who are suffering. This universal element in the design concept evoked a lot of interest among the judges in the finals, ultimately leading to my win

Tanay believes that art and architecture is a tool which can revolutionise society. However, recognition seems to go to designers who prioritise formal or sculptural form, instead of looking at the impact on the users of the space. Tanay hopes to use art and architecture to help these kids recover their lost childhood, and put a smile on their faces.