This transwoman student of a Mumbai College was crowned Rose Queen, but still can't reveal her sexuality in her locality

Ajay came out to his mother two years back. But even after Section 377 was struck down, the student of Ramnarain Ruia College keeps her cover intact so that her brother's marital prospects are intact

While India may be celebrating the dawn of a new age for the modern Indian queer person, 20-year-old trans woman, Anjali Siroya still has to keep her sexuality under wraps when she goes back to her locality in Chembur. A student of Mass Media at Ramnarain Ruia College, Mumbai, Anjali recently won an event in college and was crowned 'Rose Queen'.

Anjali was earlier known as Ajay until she came out of the closet a couple of years ago. "I did not come out on my own. I wasn't even ready. A friend of my brother ratted me out to him after he teased me publicly," says Anjali, a third-year student. "My brother came back and told my mother. It was a full-blown Ekta Kapoor emotional drama for the next week — my mother started crying, my brother even hit me. But when everything settled down a bit, she told me that she didn't want me to take any drastic step, so, even though they did not understand my position so well, they agreed to support me." Breaking free: Anjali was earlier known as Ajay until she came out of the closet a couple of years ago

Anjali says it was her mother who helped her make up her mind to quit engineering and take up communication. "I felt suffocated for the three months I spent In the engineering college," says Anjali. "I felt Mass Media and Communication in itself is a much more accepting and open discipline."

When she joined Ruia, for the first time she did not feel the fear, the hatred or mocking, teasing remarks. "People are more tolerant here. I do not expect everyone to be on my side but people were not against me either," says Anjali.

However, though her family has taken her transition well, she still has to keep it under wraps because of societal pressure, "We still have a long way to go. There are so many students here who have not come out to the world about their sexuality because they think they might be ridiculed. I still cannot be open about my sexuality in my locality because if people come to know, it would be hard for my brother to get married. Its this fear that needs to go. That's when we truly will be free," hopes Anjali. 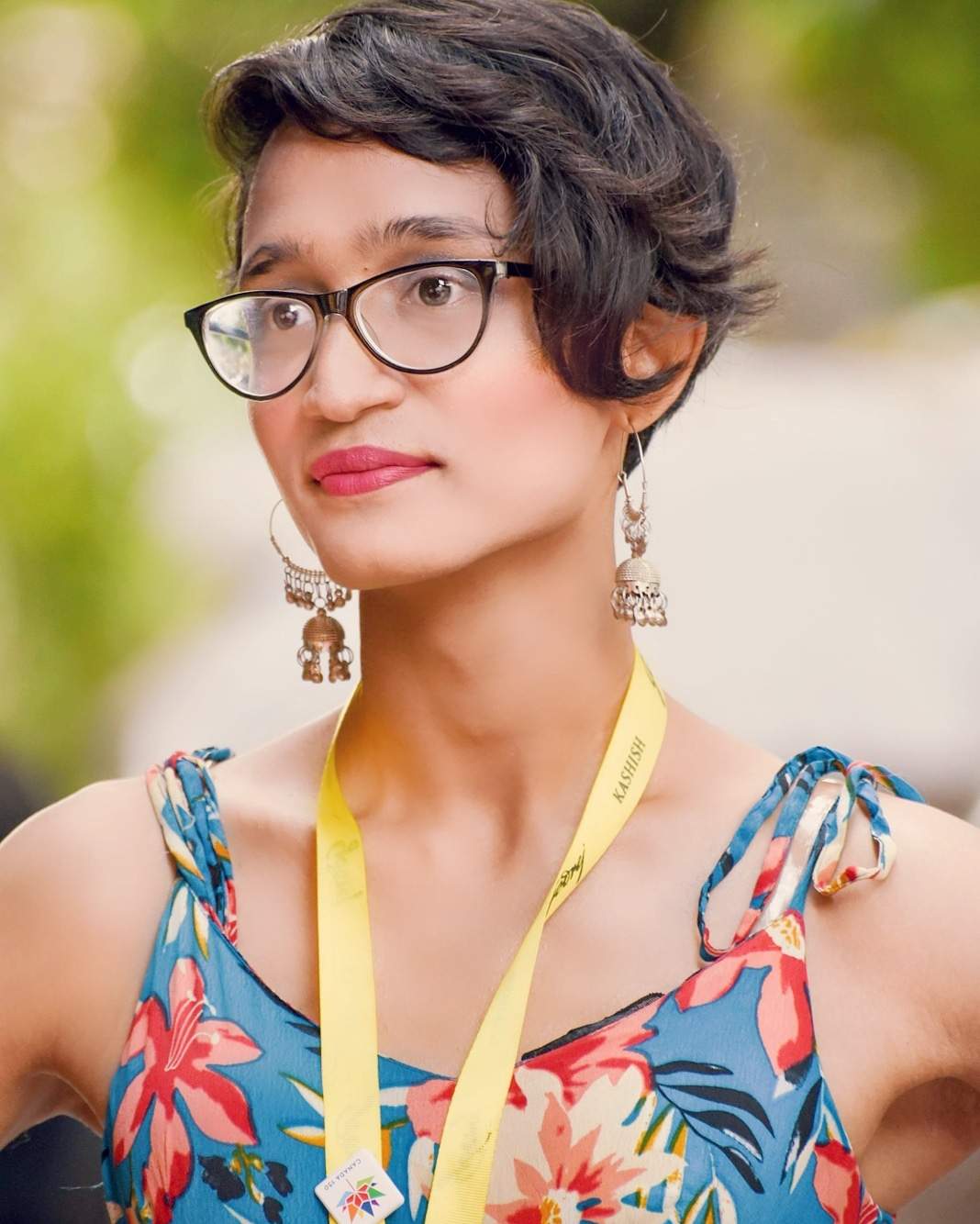 Under wraps: However, though her family has taken her transition well, she still has to keep it a secret because of societal pressure

Life, at the very basic level, is better post-decriminalisation, "I used to be scared of going to a hotel to meet a friend or book a room when traveling. People did not accept us. I have faced situations where I was not allotted a room because of my sexuality. But now it's different," adds Anjali, "Even the police used to harass us sometimes. But its changing."

Giving her the recognition she deserved is not the only thing the college did. They have included a chapter on Gender Issues and Rights in their Fundamental Curriculum (FC), compulsory for every first and second year BSc and BA student. "The SC verdict will help many among us reveal their true identity. I will resolve many issues on personal identity," says Dr Pradeep Waghmare, Chairperson, Ruia Students' Council (VPM) and also a member of the FC Subject Board.