Magic in his hands: John Zubrzycki’s third book talks about India, magic and everything in between

For his next, Zubrzycki has a few ideas like writing about occult and black magic or something else altogether

Australian author John Zubrzycki loves India. His two books The Last Nizam: The Rise and Fall of India's Greatest Princely State and The Mysterious Mr Jacob: Diamond Merchant, Magician and Spy, dealt with aspects of India. "The country has fascinating individuals and a rich history that is still waiting to be explored and written about," says the Sydney-based author when we caught up with him while he was in Hyderabad to launch his latest book. So, are we surprised then that his third book also explores one such story of our country? Definitely not.

Jadoowallahs, Jugglers and Jinns: A Magical History of India, as the subtitle suggests, traces the trajectory of magic in India, right from the Harappan Age to its present day ethos. It speaks about how Chanakya, the ancient philosopher used sleight-of-hand artists as spies and how Motilal Nehru sent a contingent of magicians to the West to perform. With the quiet confidence of a researcher, which he had to be for the book as he went through a lot of literature, several ancient texts, journals and newspapers, Zubrzycki tells us that, "There has never really been a comprehensive book on the history of Indian magic." Until now, of course.

It was when Zubrzycki was writing his second book, The Mysterious Mr Jacob in which Mr Jacob is a diamond merchant who dabbles in magic and occult practices, he started reading about magic in India and developed an interest in the theme

Also, Zubrzycki, who served as a tour guide for two years in Northeast India, feels that writing about magic in India, "opens up a window to the country's culture, society and religion because magic truly permeates all those boundaries." He also tells us about the connection between magic and religion when he cites the examples of street magicians invoking Lord Indra (the God of Magic) and claims that all their 'powers' to perform magic has been bestowed by the Gods. "The boundaries between magic and religion are very indistinct and rightly so," he says. 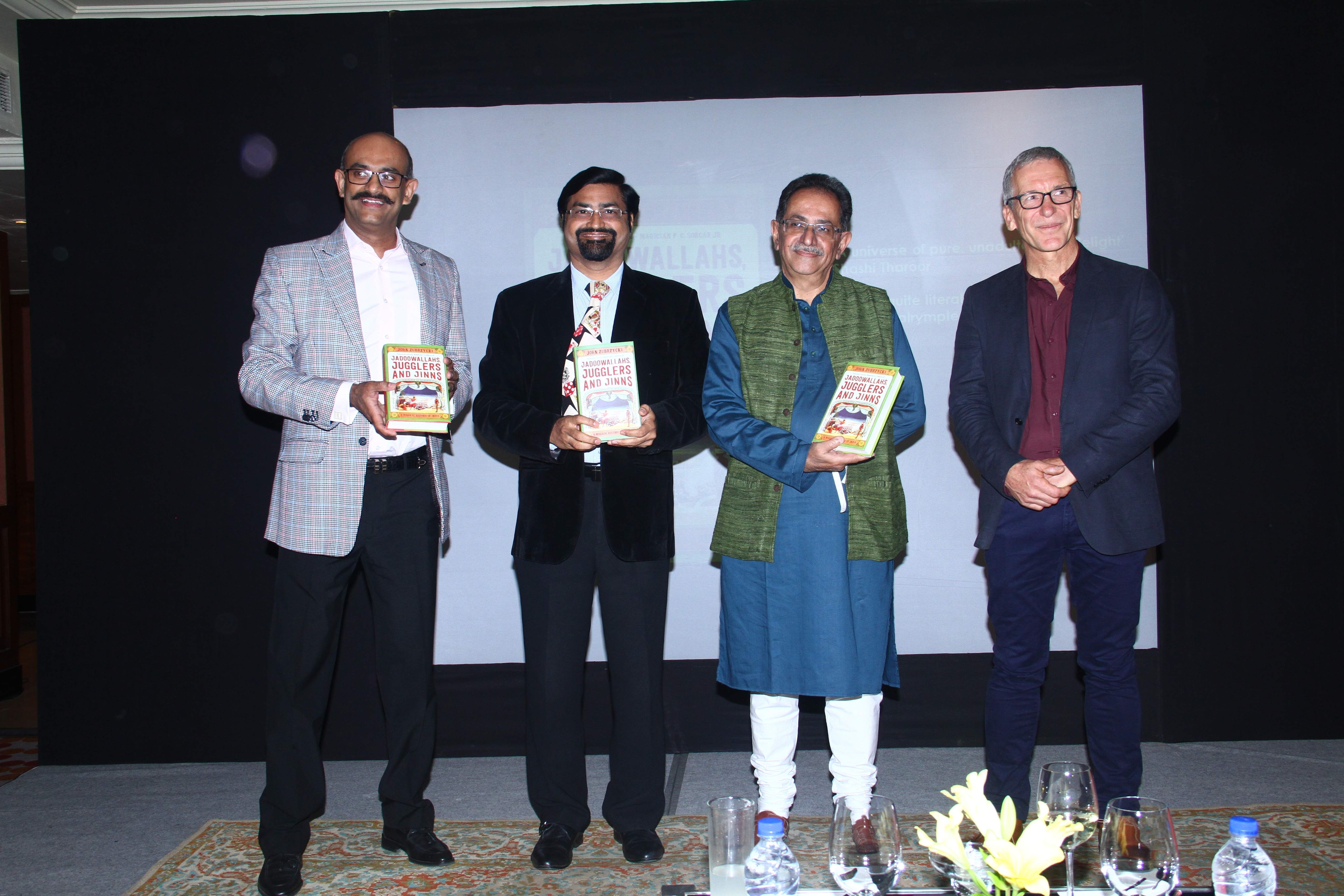 All smiles: Dignitaries at the launch at Taj Krishna, Hyderabad

While Indian magic has Zubrzycki's attention now, there was a time when it had the West's attention as well, informs the author. "In the Victorian Age, which was also an age of rationalism, they couldn't believe that something like the Indian Rope Trick (wherein a rope is made to levitate and a person climbs and descends it) is possible. It was even seen as a threat to security and British imperialism because it defied all logic," says the author, who himself seemed baffled by the absurd controversy the trick created. "All this was because people truly believed India to be a place where magic existed," he says, sounding as fascinated by the country as we are.

One of Zubrzycki motivations to write the book, which is published elsewhere as Empire of Enchantment: The Story of Indian Magic, was to make Indians aware of how intrinsic the culture of magic is to them

Before we sign off, we ask Zubrzycki the most important question — Does he believe in magic? He laughs and tells us, "I believe in human ingenuity and that is what magic is really about, isn't it? It is a magician's skills and ingenuity that makes one question what is real and what is not. I've seen a lot of magic that I just can't explain, but I know that no laws of nature were broken to perform them. It all boils down to ingenuity, skills and presentation."