Two TISS students and one IAS officer are ensuring rural folk get access to every government scheme. Here's how

Around 276 million people in India have less than Rs 32 to spend each day — or as an economist will tell you, they are below the poverty line. The government of India has numerous schemes for the eradication of poverty but only a handful reach people because people simply do not know they exist. Two students, Surya Karthik and Jayanti Bagda, of Tata Institute of Social Sciences, Mumbai teamed up with Assistant Collector and Sub-Divisional Magistrate of Khed Sub-Division in Pune, Ayush Prasad, to take these schemes to the doorsteps of the people.

Around seven months ago, Maharashtra Knowledge Corporation collaborated with the state government to create a website, MahaLabharthi.in, which tells you which government schemes you are eligible for once an online form is filled up. But the challenge was to take it to the people in remote areas who do not have access to the internet. 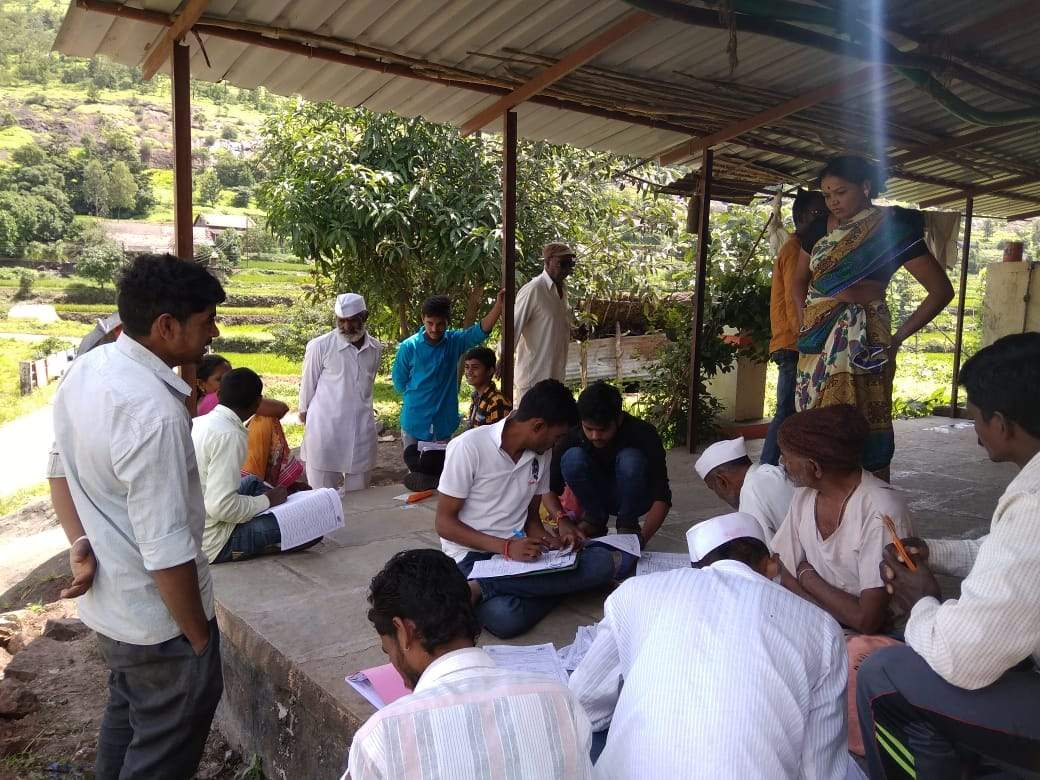 Doorstep delivery: This is the first time that the government is taking tits schemes to the people

This is when Surya and Jayanti, both second-year students of MA in Social Work in Community Organisation and Development Practice, reached Ghodegaon for their field-work. When he met them and they discussed the possibilities, Ayush, the IAS officer, came up with a plan.

They decided to use youngsters who could visit and collect data from each listed household, enter the data online and give them a print explaining what schemes they were eligible for. As the first step, a total of 20,000 individuals from about 12,600 tribal Below Poverty Line families were identified as those who needed these schemes the most.

The next step was mobilising youngsters to do the data collection, “We are working with students who have completed the Maharashtra State-Certificate in Information Technology (MS-CIT) course and know basic computing,” explains Ayush. “They get paid Rs 70 per offline form they take to the villagers, get it filled, enter the details online and give the people the document that tells them which schemes they are eligible for.” This also provided a fair bit of income to most of them.

The students faced problems initially when they approached villagers who were reluctant to listen to these city folks. “We understood that even if we sent people from the talukas to these remote areas they would face the same problems,” says Surya, who was a mechanical engineer before he found his true calling in social service. “We organized meetings with the gram sevaks and the surveyors. This helped the gram sevaks understand the situation and go back home to explain what it was all about. So, the next time the surveyors went to the villages the people would already be aware of what is going on.” Leading from the front: Ayush Prasad organised training and planning meetings for the on-field operations

There are a total of 739 central level sponsored welfare schemes, 452 state-level schemes and district and tehsil level schemes. “Once they get the official document signed by the CM himself they can also go to the respective departments and claim for those schemes,” says Jayanti.

This is not the first attempt at making a site like this. “The first version of this app created by the government came out in 2011. It was called dial.gov.in. The primary driver behind the creation of this version was to create a database of beneficiaries. Most of the beneficiaries do not know themselves how many schemes they avail. In this website when you enter your details it gives you information about schemes from multiple departments,” says Ayush, who is also the Project Officer for ITDP in Ghodegaon. “This will help accelerate socio-economic upliftment. If you have a piece of land you should not benefit just from the agriculture department’s schemes but also from the ones offered by the minor irrigation department, electricity department and if possible more. “