This Chennai student's test can tell you if your veggies are really organic. Find out how

At a time when everyone is going gaga over organic food, many of us often imagine whether the veggies or the fruits we pay double for are actually organic. Hemalatha Rajendran had the same thought. A BTech graduate (2018) in Biotechnology from St Joseph’s College of Engineering, Chennai, Hemalatha has come up with a pesticide detector and a tool that indicates the presence of urea in milk at a minimal cost. She won the Innovative Project Award presented by the Indian National Academy of Engineering for her inventions. 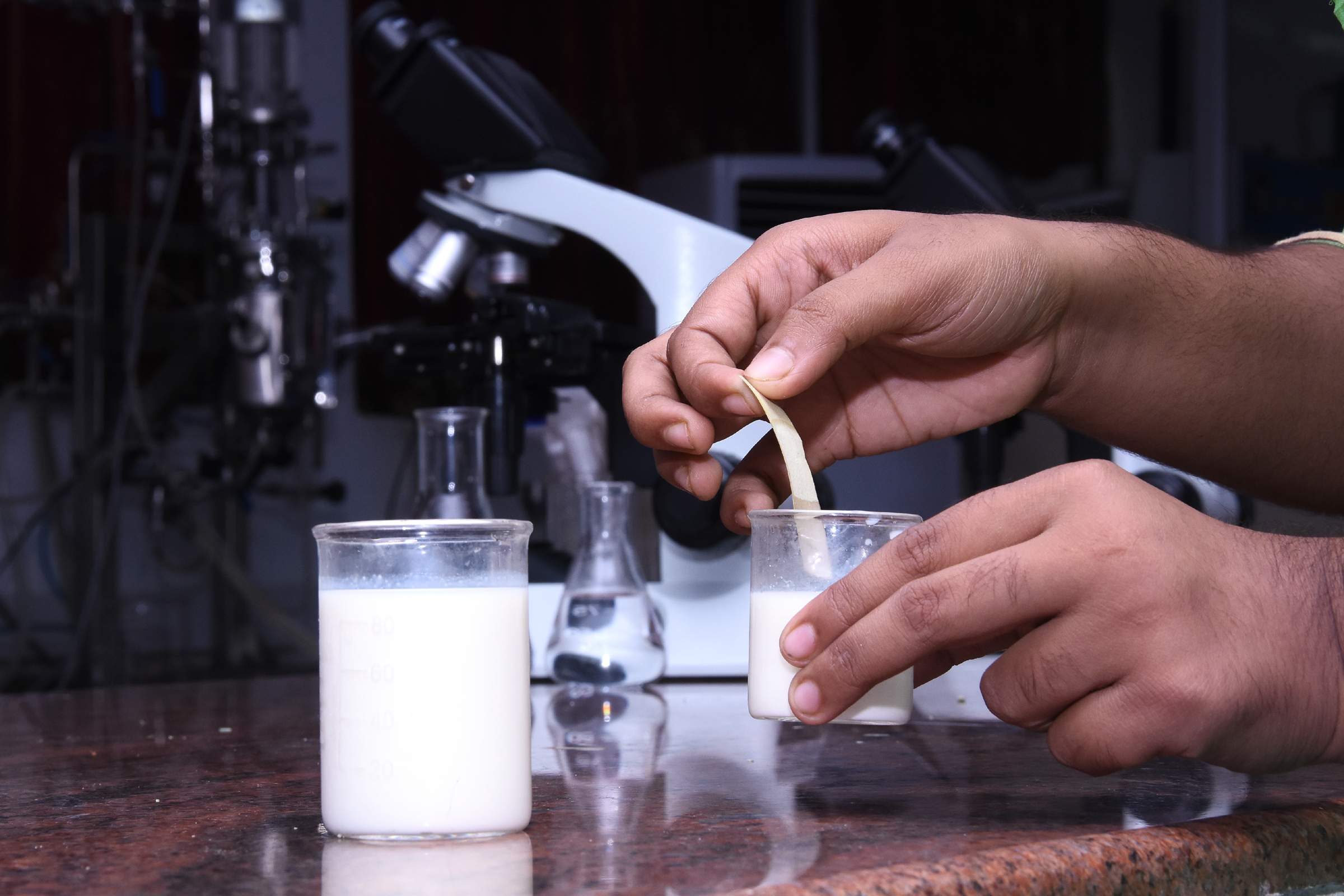 Detect easy: All one needs to do is dip the strips of A4 sheets in milk and if it has urea it changes colour

Her apparatus is simple and easy-to-use. “The pesticide detection tool is made from decolourised sketch cartridge in which the reagent is introduced. It has a stability of 10 days and costs Rs 5 per 10 strips. Since it was based on the colourimetric method, even a common man can use it without any technical skill,” explains Hemalatha. “The urea detection strip was made from A4 sheet soaked in the reagent. It’s only Rs 2 per 10 strips.” She chanced upon the urea detection unit while working on the pesticide detection tool.

Both the tools have an easy working mechanism. All one needs to do is dip the strips of A4 sheets in milk and if it has urea it changes colour — from pale yellow to a distinct brighter shade of yellow. For detection of authentic organic fruits and vegetables, a drop of the extract from the item is enough for the indicator to turn a bluish tinge. “The reagents I used are the ones labs generally use to detect urea or pesticide but it has to be done in a lab by a trained professional,” says Hemalatha. Her simple but useful tools have made a complicated procedure worthy of daily household use. 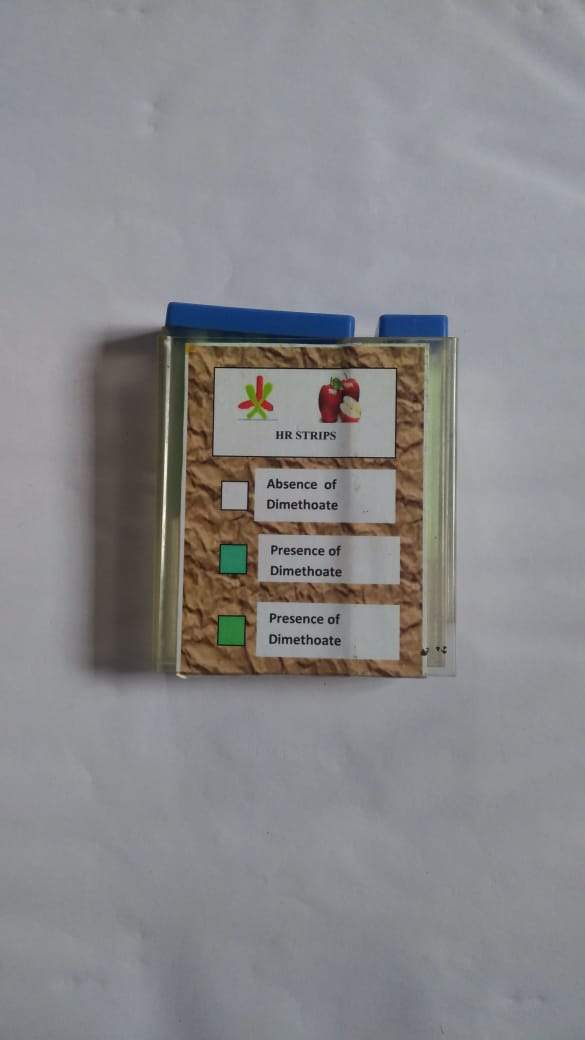 Cheap fix: The pesticide detection tool is made from decolourised sketch cartridge in which the reagent is introduced

“Nowadays, most of the milk we consume is contaminated with urea, detergent, soda and so on. They are added to increase the stability and the colour. A case had also been filed in the past asking the court to certify organic food products,” adds Hemalatha, who is currently preparing for her UPSC examinations and aspires to work with the DRDO. “Though my product is not a complete solution to these problems I am sure it will provide a partial solution.”

Her father, an MTC driver, had once told her that she should work on something that the layman can comprehend and easily use. This triggered the inventor in Hemalatha, “I wanted to make something that will help us in our day-to-day life and will also be affordable,” says the young researcher who plans to carry on her research at ARMATS Biotek Training and Research Institute’s laboratory in Guindy. “I still need to increase the shelf life of the products — a mere 45 days or 10 days would not be enough.”