Amit Sethi who likes engaging with his students constantly, spends most of his leisure time watching videos and engaging with like-minded people on social media — which is where he gets his ideas from

You probably browse through hundreds of memes on your Facebook timeline throughout the day. How would you react if you open your question paper and see one of those memes used to quiz your understanding of science? Teachers often put up tricky questions to test your true 'mettle' but to include a meme in a question paper is certainly a quirky and bold idea that IIT Mumbai professor Amit Sethi has come up with. A professor of the Department of Electronics and Electrical Engineering at IIT Bombay, Amit has been using memes in his question papers for quite some time now. His test last month had a meme with images of Jesus Christ and goddess Lakshmi to check students' understanding of a question about optics.

Amit explains that students have a hard time relating to conventional questions and they find it boring or monotonous and thus something from the social media is definitely more relatable to them nowadays. They can internalise the concepts easily and it makes learning fun. "It's just easier for them to understand a complex concept and apply it, they find it easier to do so, the fear of not being able to solve something goes away," he explains.

In case you're wondering why the name sounds familiar, he is the same guy who came to the spotlight once in 2016 when he used the ‘Sonam Gupta bewafa hai’ meme and asked students to solve a probability sum during a semester exam at IIT Guwahati. "When I used the Sonam meme I went through the exam hall invigilating and asking if anyone had a doubt regarding the question. Whenever I saw a student smile I realised they had reached that question," he adds. 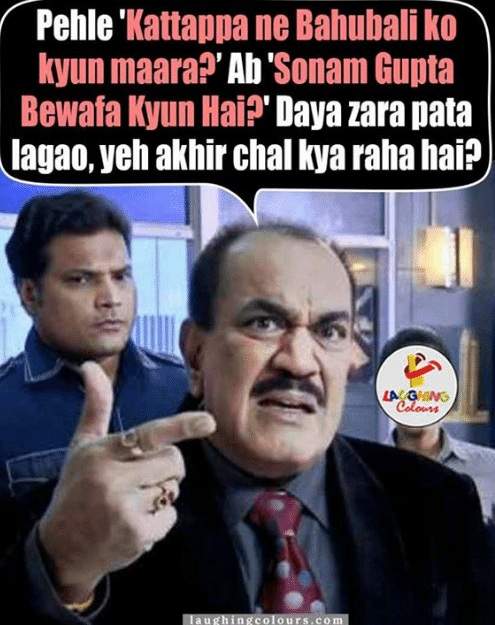 Meme away: Amit is confident that memes can be incorporated in regular lectures too as long as it doesn't offend anyone

So how did he get so social media savvy? Amit, who likes engaging with his students outside the classroom as much as inside, spends most of his leisure time watching videos and interacting with like-minded people on social media. No wonder he is aware of what's trending and what would be of interest to his students. Amit, who teaches image processing and machine learning, taught at IIT Guwahati for more than six years before moving to Powai.

I was a part of a Facebook group consisting of students and profs, where they exchanged memes often. A lot of students relate to something like memes, I thought it could make them more comfortable if we included such things in question papers and make it fun. Including the 'Sonam Gupta bewafa hai' reference was the first time I tried this, it was a question on probability — what is the probability that she is actually bewafa where I transformed the variables to social attributes that could lead to someone being bewafa

Luckily, Amit did not have to face too many objections when he started throwing memes into the exam mix. "Some people who thought this was demeaning the process of education, eventually realised there was no lack of seriousness in the concept but it just made the entire learning and application process easier and fun for students," he says. Amit has received an overwhelming response from his students every time he has used this technique with question papers. "Using jokes or memes helps me re-engage my students while solving a complex problem," he adds.

He is confident that memes can be incorporated in regular lectures too as long as it doesn't offend anyone. "It should be kept in mind that a lot of people are sensitive towards certain jokes. It should not be targetted towards a group of people or a single person and should not hurt the sentiments of anyone or any culture. The techniques should be customised to specific situations and should not berate anyone," adds Amit. The IIT Delhi alumnus feels that this method can be recreated and used in other institutions but it has to be appropriate for the audience — what is funny for college students may not work for school students.

Now, if you are wondering what his latest question about optics meant, here's a scientific breakdown for you: 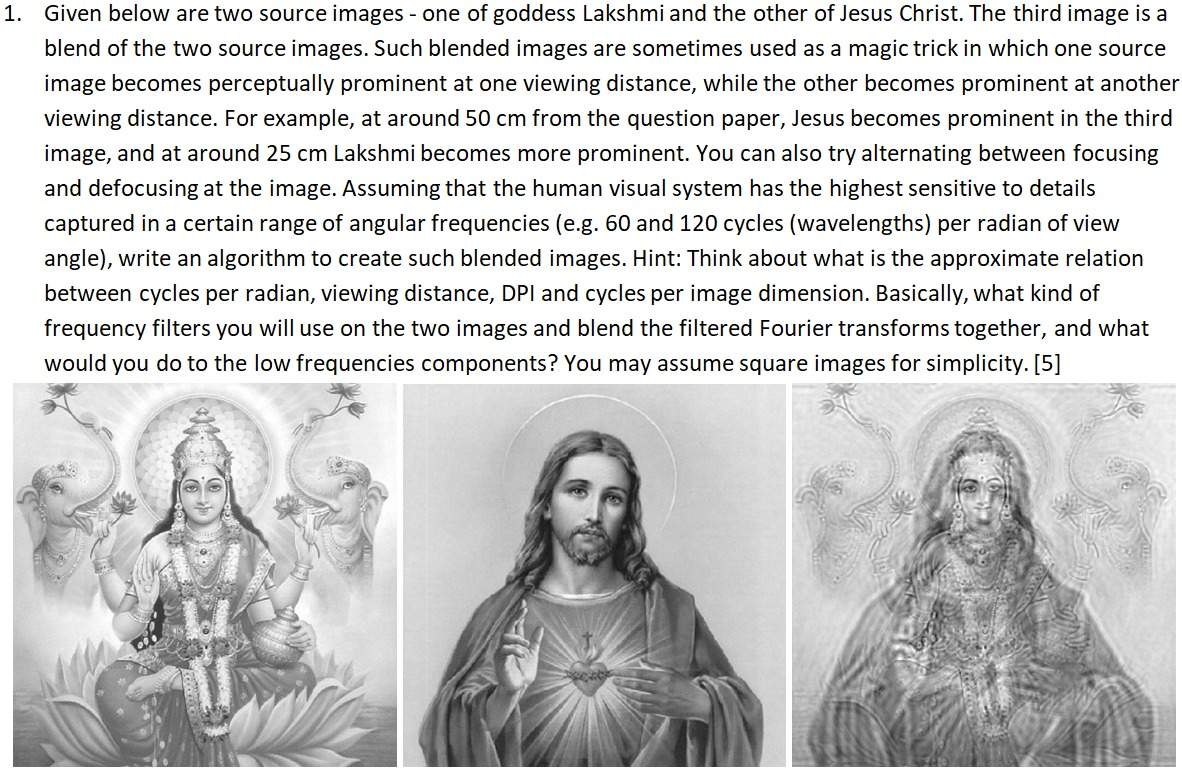 A Christian missionary had sent a 'magic prayer mat' to me when I was in the US. It looked like some prayer mat design at some distance, and Jesus at some other distance. That magic was supposed to convince me about Jesus' magical powers to convert to Christianity. At that time. While making the question paper last weekend, it came to me that understanding this sort of a "magic" might make a good exam question

So, he wrote some code to see if he could recreate that magic himself. Just like there are different pitches in sound that correspond to different temporal frequencies, there are different details in images related to spatial frequencies. The blended image uses details at one scale from one image and another scale from another image. Depending on the viewing distance, one set of details become more perceptually prominent. "So you might see the image of Jesus at a particular distance and miss Lakshmi's image or vice versa," adds Amit. "The students are supposed to explain which spatial frequencies of the blended image become s important at which viewing distance and how you can use this knowledge to place the information of one or the other source image at those frequencies  based on what they learned in class about Fourier transformation of images."

Clearly, he memes what he says!