From direct rescues and rehabilitations to legal aid and policy discourse, this NGO goes the whole nine yards to help the oppressed across caste and class barriers

Violently discriminated against for being a Dalit Muslim, he began forming student groups to fight the deep-rooted caste order in the society. Ambedkar's work has always been an inspiration for 36-year-old Ashif Shaikh, the founder of Jan Sahas, an organisation that is trying to make the world a better place for those in the lower rung of society.

The MP-based organisation started their work 18 years ago, "I founded Jan Sahas to eliminate forced labour and all kinds of discrimination and violence based on caste, class and gender. A group of like-minded people decided to raise their voice after the death of three Dalit children and bonded labourers in an illegal fireworks unit in Ujjain in Madhya Pradesh," said Ashif. "Some of us wanted to take the cause forward and we formed Jan Sahas."

Since then, Jan Sahas has been supporting survivors of various forms of violence and discrimination. The Rashtriya Garima Abhiyan (National Campaign for Dignity and Eradication of Manual Scavenging) launched by Jan Sahas in 2001 has proven to be an effective step towards eradicating manual scavenging, "Over 1.2 million manual scavengers are subjected to inter-generational torture, severe mental and physical pain rooted in caste-based discrimination. Of them, 95 per cent are women," said Ashif, adding "The Rashtriya Garima Abhiyan approach challenges the predominant notion that manual scavenging cannot be abolished through technical sanitising or economic interventions." 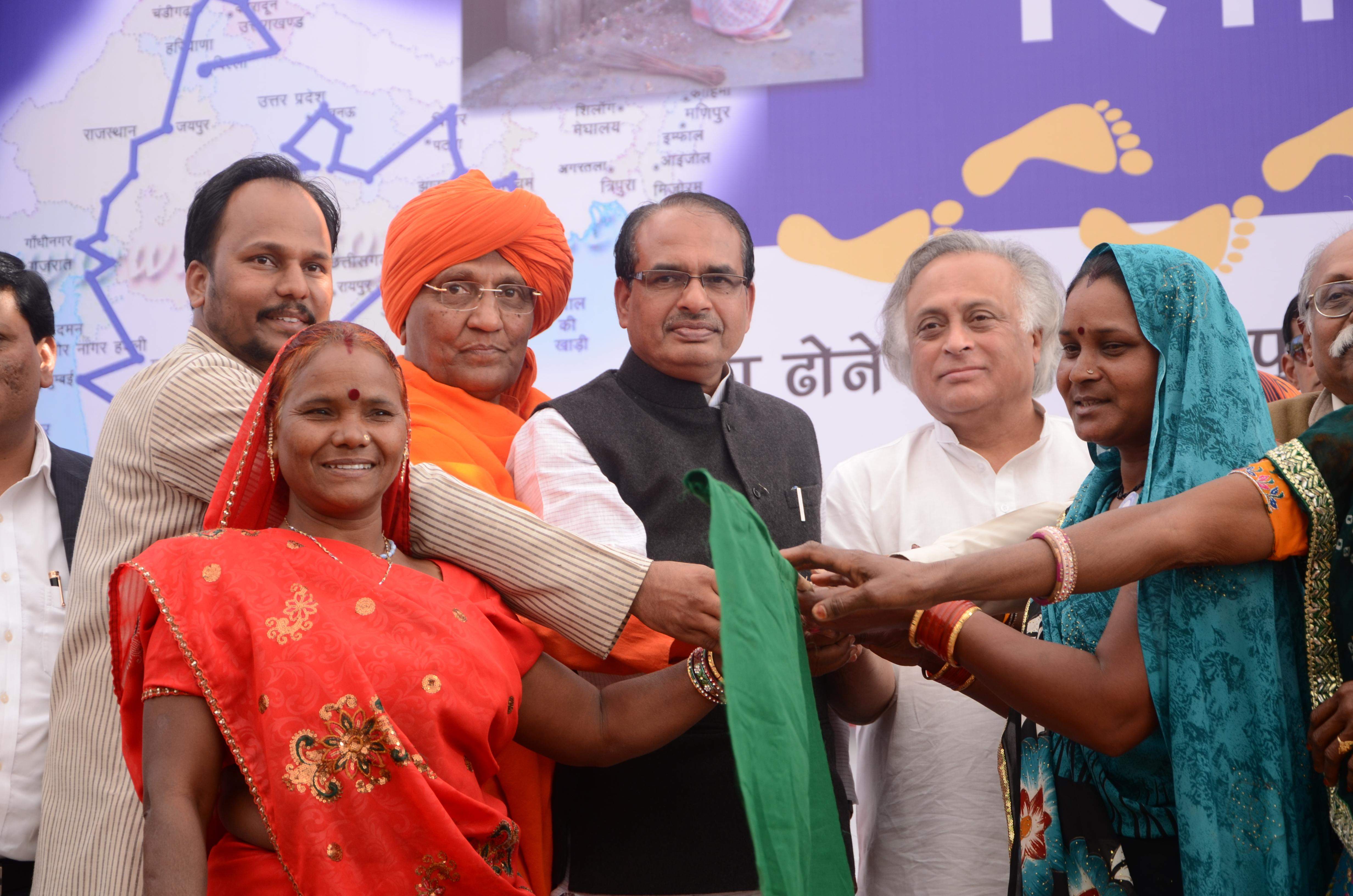 Striving for liberation: The women who have been liberated are able to find forms of work that pay competitive wages instead of earning a paltry sum of money

The programme emphasises on empowering women who have been forced to be manual scavengers, "Garima Abhiyan destabilises the entire system of oppression — rejecting the practice of manual scavenging together with the system that binds former manual scavengers into a position of subjugation. The idea is to 'liberate' manual scavengers from a mindset that reinforces their confinement to torturous caste-based duties." The supports women traditionally engaged in this inhumane practice, forming Community-Based Organisations (CBOs) to have a collective voice, supporting them to ensuring their rights and advocating for stronger policies/schemes.

Through the programme, they have liberated 31,000 manual scavengers in Madhya Pradesh, Bihar, Uttar Pradesh, Maharashtra and Rajasthan and drawn the attention of policymakers to the urgent need to design and implement comprehensive efforts to eradicate manual scavenging. The project has also demonstrated the important role that civil society needs to play to ensure accountability and transparency in the delivery of these government programmes.

The women who have been liberated are able to find forms of work that pay competitive wages instead of earning a paltry sum of money, and a few rotis a day, and old clothes that they received in exchange for carrying out odious work, "Their children have also faced less discrimination as a result of their mothers having given up this practice.  Liberated and empowered, many manual scavengers have taken the lead in working to put an end to this practice. They have taken the campaign to villages in other states as well," he said. 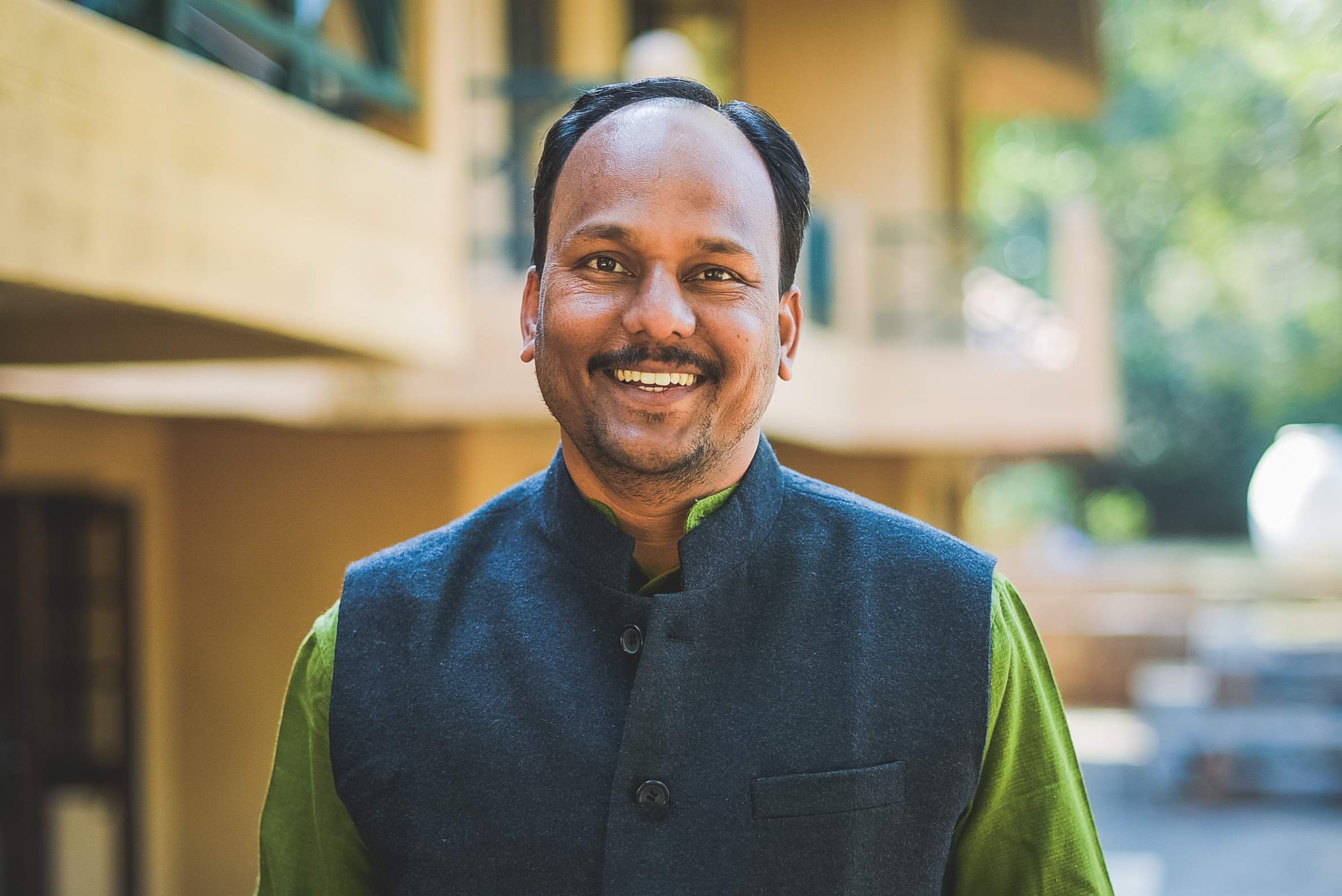 Strong resolve: Violently discriminated against for being a Dalit Muslim, Ashif formed student groups to fight the deep-rooted caste order in the society

Jan Sahas has been working to end sexual violence against women and girls (SVWG) as well. "Of the 8,051 cases of SVWG that we have dealt with in the past four years, we have provided legal support to 7,246 survivors.  Of the 412 cases completed in 2017, the accused was convicted in 305 cases, a conviction rate of 74 per cent. That is almost three times the national conviction rate of 25.1 per cent in 2016. The Lawyers’ Initiative Forum, which has 600 members in Madhya Pradesh and Rajasthan, plays a key role in Jan Sahas’ legal strategy," he said.

Ashif, an ardent follower of Ambedkar wants to rid India of the social ills that plague it, "In 2002, when, for the first time after our one year efforts, 27 Dalit women decided to liberate themselves from the manual scavenging practice in Dewas district of Madhya Pradesh, it was most satisfying moment in this journey."