Are you bored of being a pillion rider? Then get riding with F5 Escapes' Motorbiking 101 for Women to find your adventorous side

With just few days left for the fifth edition of the workshop Motorbiking 101 for Women to begin, women bike enthusiasts in Bengaluru are gearing up to break a few stereotypes — on wheels. Malini Gowrishankar, Co-founder of F5 Escapes says, "There are women out there who want to learn to ride bikes and travel to different places. However, their stereotypical thinking that women are not capable of handling bikes on roads stops them from learning. Dreams cannot come true overnight, much like you cannot learn to ride a bike cannot happen in a day. Through this workshop, we only want to build confidence in women."

This workshop helps us to bring women together and get them to know each other. Because we are creating a fun-filled atmosphere, it has become a great community of women bikers

Talking about how many women have responded to their programmes, Malini says, "Initially, when we started with our workshop, only 14 people signed up to learn the importance of riding a bike. But at the end of every workshop, the response from people was really positive.The number of learners slowly increased to 30 and then 40. We wanted a large space to conduct the workshop and Sasken has been providing it since 2017. Bengaluru Bikerni, an all women riders club work with us to train people. There are many women who come back after the session and tell us that they have learnt to ride a bike. They now even go out on bikes to travel and explore places." 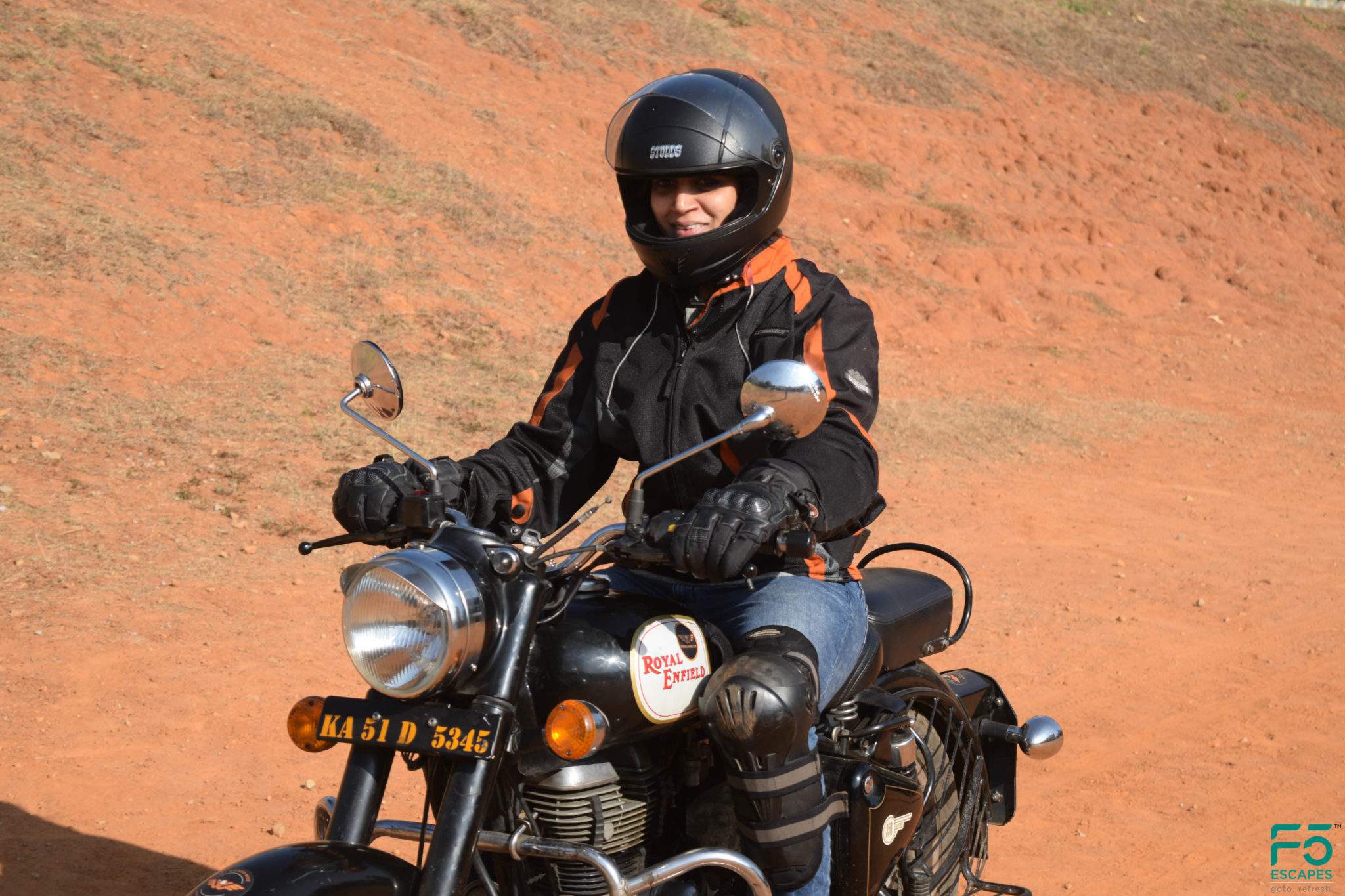 Biker girl: One of the participants from their workshop learning to ride and handle Royal Enfield

While one part of the workshop includes tips and tricks on how to handle a bike, another part of the workshop is about road safety — which goes towards breaking another stereotype altogether; that women are dangerous on the roads. There are five bikes for five trainers who train five people each, spending half an hour for each person. Sameera Dahiya, one of the members of Bengaluru Bikerni, has been a full-time rider since 2016. She says, "For us, it is all about conquering fears. Riding a bike is not a big deal, but in our country very few women get to ride bikes."

The workshop will include 30 minutes of biking time on a Royal Enfield with a trained instructor — this is a huge deal for most women as the Royal Enfield is considered among the heavier bikes on Indian roads. Riding gear including a riding jacket, protective gloves, knee guards and a helmet will be provided.