Balarama has been a part of the Mysore Dasara for over a decade, but many children still don't know his story. Author Bhaskar K who stays in the US talks on why he wrote a book on gentle giant

When we ask him why he chose to co-author this book, he says, "Collaborative works are always unique rather than working individually. It is showcasing different ideas on one platform. In the past, journalist Tom Grant and I, along with students from Abraham Baldwin Agricultural College, came together and shot a 58-minute documentary in Karnataka titled Elephants In The Coffee. Until it was screened, many people did not even know that captive elephants existed. The documentary was about man-animal conflict and what steps a man takes to keep elephants away from his fields. Most of the time, they encroach forest land to cultivate crops or build a house which is unfair. All the laws that are formed might be in favour of man and elephants, but what will the animal do with these laws?"

When it comes to working in the interest of wildlife, Bhaskar is a big name. Although this Managing Partner at Choice Solar has settled in the US, he makes it a point to visit India at least five times a year to conduct various programmes related to wildlife like man-animal conflicts, introducing locals to photography, providing free portable renewable energy products even to the most remote villages in the Himalayas and much more. 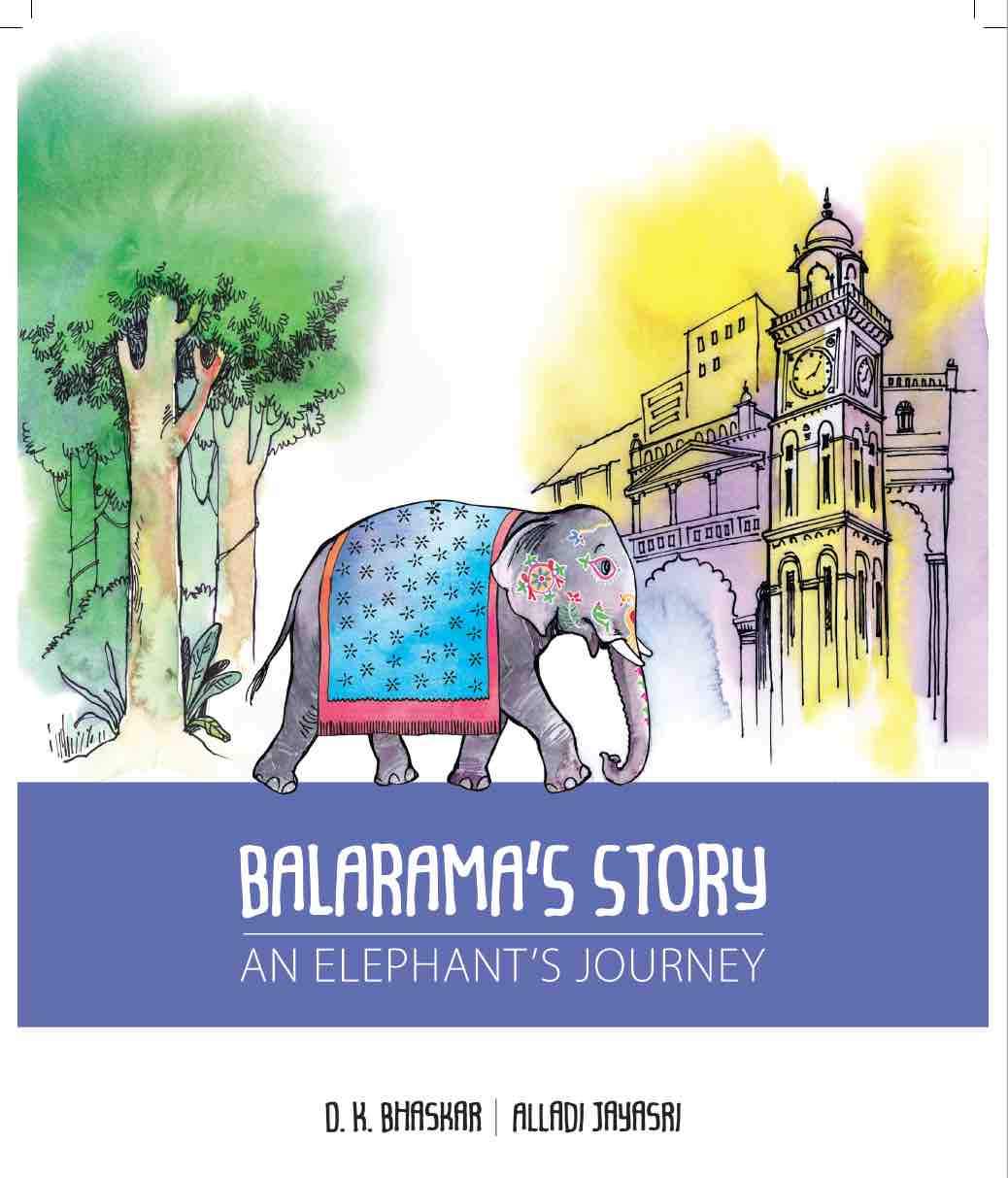 Talking about the book, he says, "The book is the story of a captive elephant named Balarama. He is 62 years old now and has carried the 750 kg golden howdah for 13 years now at the Mysore Dasara. He is the pride of the Mathigodu Elephant Camp in Nagarahole. This giant yet gentle animal is the only one in the history of the Mysore Dasara to carry the golden howdah that many times. Imagine the patience he has. I felt that this story needed to be passed on to our children and everyone else too." Expressing his emotions for Balarama, Bhaskar wonders, "What happens when you take away the joy of living from animals? It is actually a great sacrifice that they make — to live by the rules set by humans. We might love them, but their freedom is lost. The book goes on to explain how Balarama might have felt when he was held captive and the different stages of his growth as an adult and then into his old age now."

Apart from the life of the gentle giant from Nagarahole, the book describes his relationship with his mahout, Sanappa, who died a few years ago. All in the mahout community knew that Balarama would not eat until Sanappa cuddled him and fed him. "Sanappa and Balarama shared such a special relationship with each other. He trained the elephant to sit, stand and move to the best of the music during the Dasara procession. Initially, he would get frightened when the cannons were fired, but he got used to it slowly and now, due to his health, he has passed on the baton to Arjuna to carry the golden howdah," Bhaskar explains. After Sanappa's death, Thimma, another mahout now looks after Balarama. Life of Balarama: Thimma and his sons are best friends to Balarama

The book which is co-authored by famous author Alladi Jayasri and illustrated by Yatish Siddakatte and CR Naveen, has even been translated into Kannada as Aane Banthondaane. Explaining how he formed this team, he says, "Jayasri is a good friend of mine and being a native of Mysuru, even she is acquainted with the Mysore Dasara and the elephants' role as well. Now, she is settled in the US. I know Yatish through a common friend. When I approached Yaduveer Wadiyar to write the foreword, he was overwhelmed and agreed to write it without a second thought."