From DreamWorks to Pixar, why Leo Beltran's animation school will floor you

A passion for animation drove Leo Beltran to open a school in Bengaluru. Here is his view on how animation and art is evolving on a global scaleFr

If you’re an Indian and are living under the notion that animation is not a viable career option, we're hoping that Leonardo Beltran can change your mind. Leonardo Paul Beltran, fondly known as Leo, is the CEO of Dr Beltran’s School of Animation and Visual Wonder, an animation school based in Bengaluru. “We believe in a hands-on learning experience in every aspect of the animation process, with teachers who've worked with clients such as DreamWorks Animation, Imagi Animation Studios and many others.” 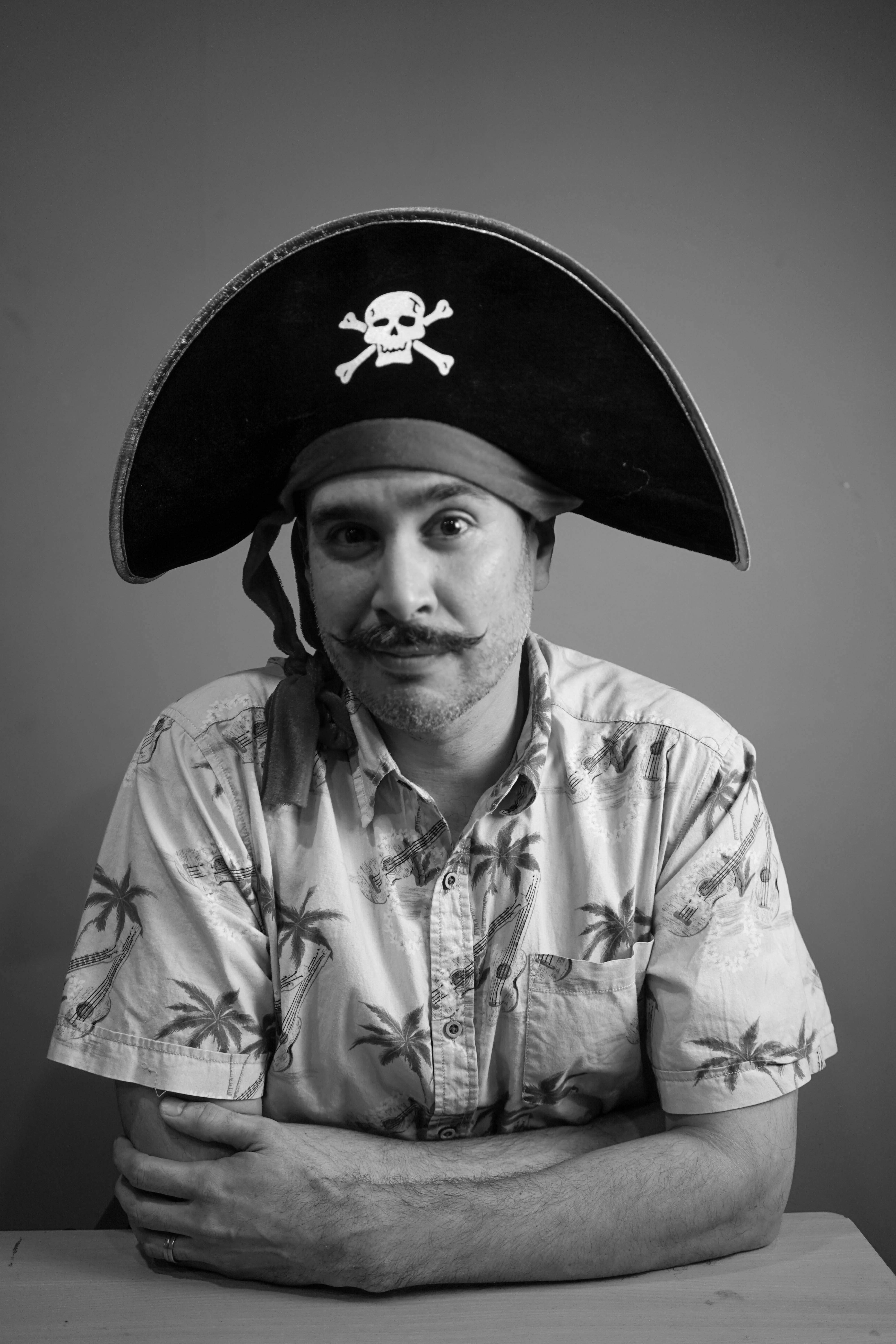 Art expert: Leonardo Beltran is the founder of Dr Beltrans's School of Animation and Visual Wonder

Originally from California, USA, Leo always knew that he wanted a career in animation. “I loved animation ever since I was a little boy and I absolutely knew that I wanted to have my own studio.” When asked about his educational background he goes on to say, “Well, I did my education a little differently. I went to schools and studied there till I could get as much as I could and then, I would move to another school. Animation is all about creativity and unless you want to get into the teaching line, having a college degree in hand doesn’t really matter.”

Leo started working with small productions studios and mostly worked as a freelance artist. He also worked on the pre-production of the movieShark Tale when he was with DreamWorks Animation. Eventually, Leo moved to India to start up his studio and now, mentors close to 20 students. But before Leo moved to India, he decided to check his priorities and focus on his children, leading him to take a break from art and animation. Ten years later, he picked up where he left off when he decided to partner with an animation school in India. He then decided that opening his own studio was a wiser option so that he could train student to expand their portfolios and compete at a global level. Excerpts from the conversation:

Why did you decide to open a studio in Bengaluru, India?

India has had a glorious past in terms of arts and architecture and I saw great potential here. Bengaluru being the IT capital of India, the presence of already existent animation studios and also the weather is what pushed me to open my studio here. Most importantly, English is well-spoken here. All of our students are progressing really well and I am looking forward to hiring them all for animation projects after the completion of their training and their respective courses. 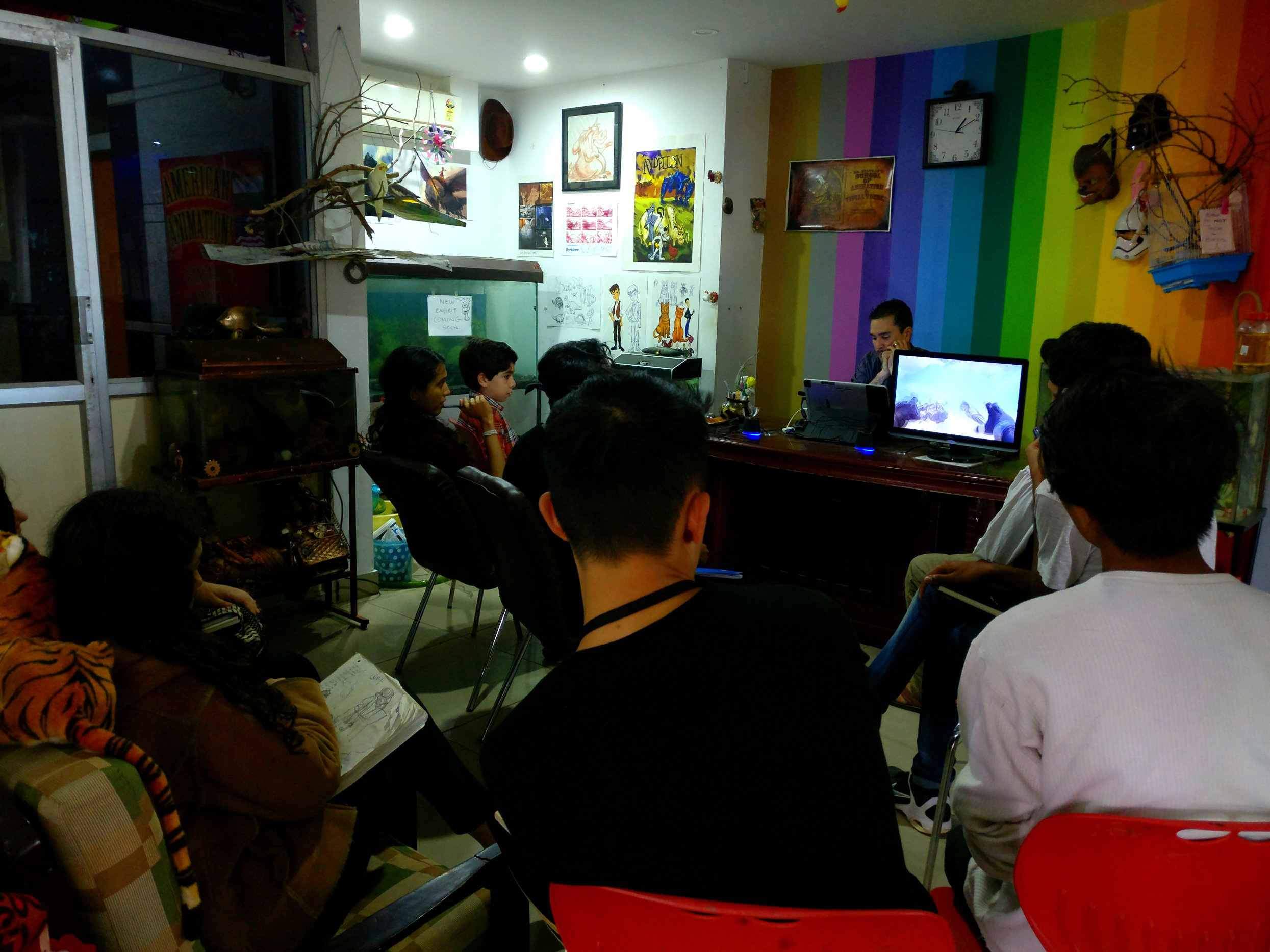 Brain storm: Leo and his students at one of the art sessions

What are the criteria set by you for students to be a part of your animation school?

I look at passion and persistence as the basic criteria. The world of art and animation constantly see failures. If you make a mistake you don’t quit, you learn from it and get better. That is how life is, but this field is at an accelerated pace. We have laid down a set of 186 tests on all the 12 principles of animation and only if they pass the tests can they move on to the next level of training.

How is the curriculum different form any other animation school in India?

We offer a diploma and a master’s programme. We believe in a hands-on experience; each student works on character building and storytelling. They are made to think outside the box and develop their own animated character — they have to design it, work on the colour scheme and write a story to go with it. We ensure that they work with their hands (sculpting and painting) before they work on computers. Our curriculum supports both 3D and 2D animation.

Why do you think the misconception that animation is not a viable career option exists in India?

I have researched a lot about the status of animation in India and I understand that people here mistake visual effects in movies to be the same as animation and specialising in the same does not add to their portfolio on a global scale. On a serious note, these visual effects will soon be automated. Movies like Zootopia and Lilo and Stitch are perfect examples of animation and that is the quality of animation that Dr Beltran’s School of Animation has to offer. We focus on character animation and storytelling. There is more animation being done today than previously, so, animation is evolving in terms of career viability.

Are you looking to release a movie soon?

In the near future, we hope to start working on a movie, once the first batch of students graduate and are ready to be hired. We are currently working on a TV series for children and it will be aired soon to air on Nickelodeon. We are very excited about it.