To help Simran make this dream a reality, Anthill Creations, a company started by five architecture graduates from IIT Kharagpur, was asked for help

Almost everyone has a vivid memory of running to the school playground as soon as the bell for recess rang. I remember the chats, the fights and the new friendships that were made on the field. However, we cannot be entirely sure of the fact that we would be able to provide such memories to our next generation — given the rate at which our cities are growing.

But, there's still a ray of hope, thanks to these young Gandhians — Simran Varma (22) and Krithika Ganesan (24), who are on a mission to build playgrounds for children studying in municipal schools in Mumbai.

Simran, born and brought up in Lucknow, completed her graduation from Ramjas College under Delhi University in History. Currently, she is a Gandhi Fellow at the  Kaivalya Education Foundation in Mumbai and is working with municipal schools in the city. The Gandhi Fellowship which is based on some of the Mahatma's principles is offered to individuals under the age of 25 by the Kaivalya Education Foundation. The fellowship is a two-year residential program for individuals who want to understand impending problems in society at the grassroots level.

Krithika, who is from Chennai and is also a Gandhi Fellow is helping Simran in her mission to build these playgrounds. 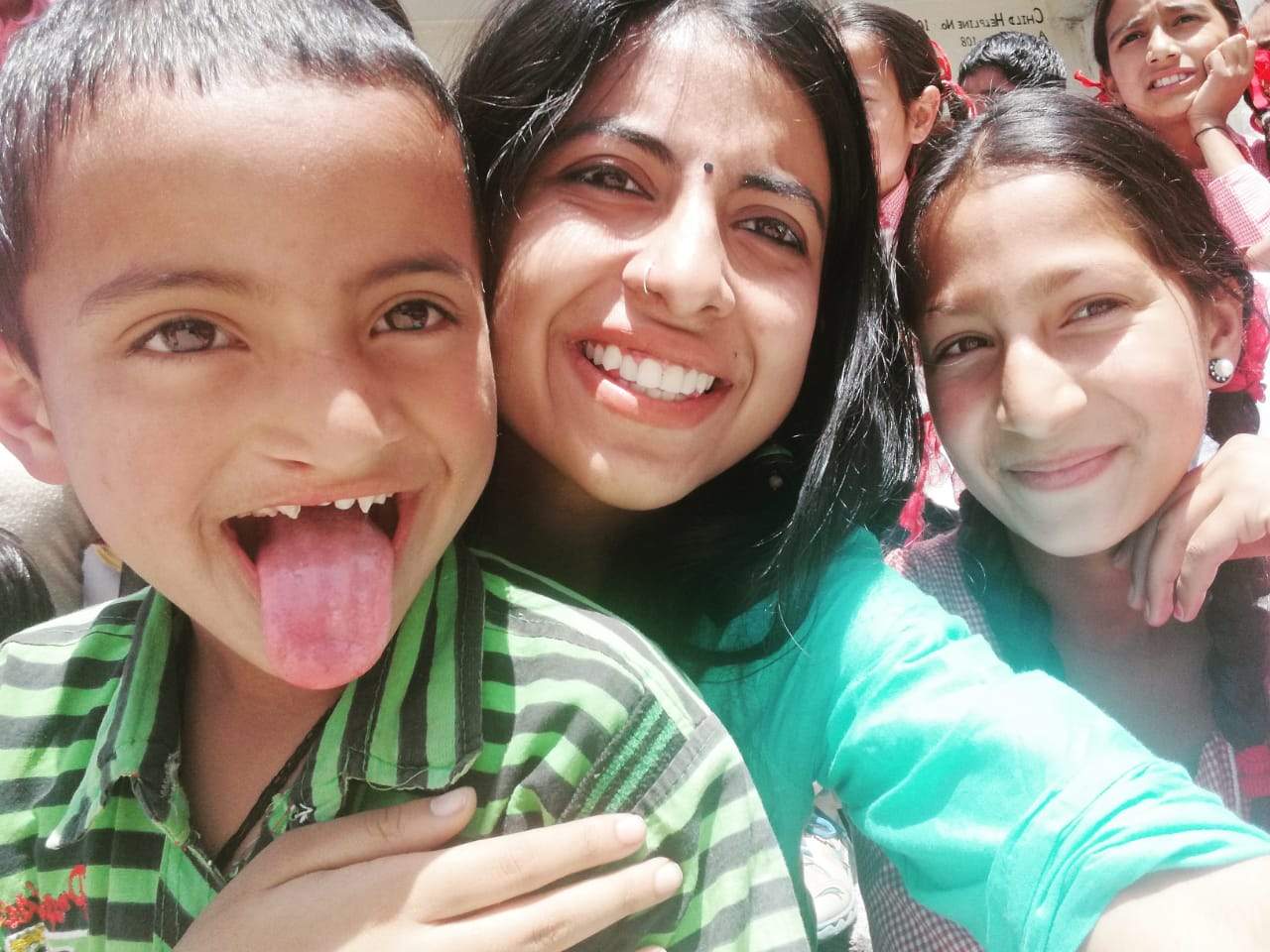 Krithika and I came up with this plan and thought of utilising the spaces we get. We chose two areas in Oshiwara and Malwani, both of these places are surrounded by communities that are crime-ridden and sexual abuse among kids is rampant here. Both these places have playgrounds, but the size is inadequate and all the equipment in the park have broken down. It does no good for the children in the area. We thought that we do not have the right knowledge to go and engage in these societal problems directly, so how about we create a safe space for these kids where we can utilise their energy? 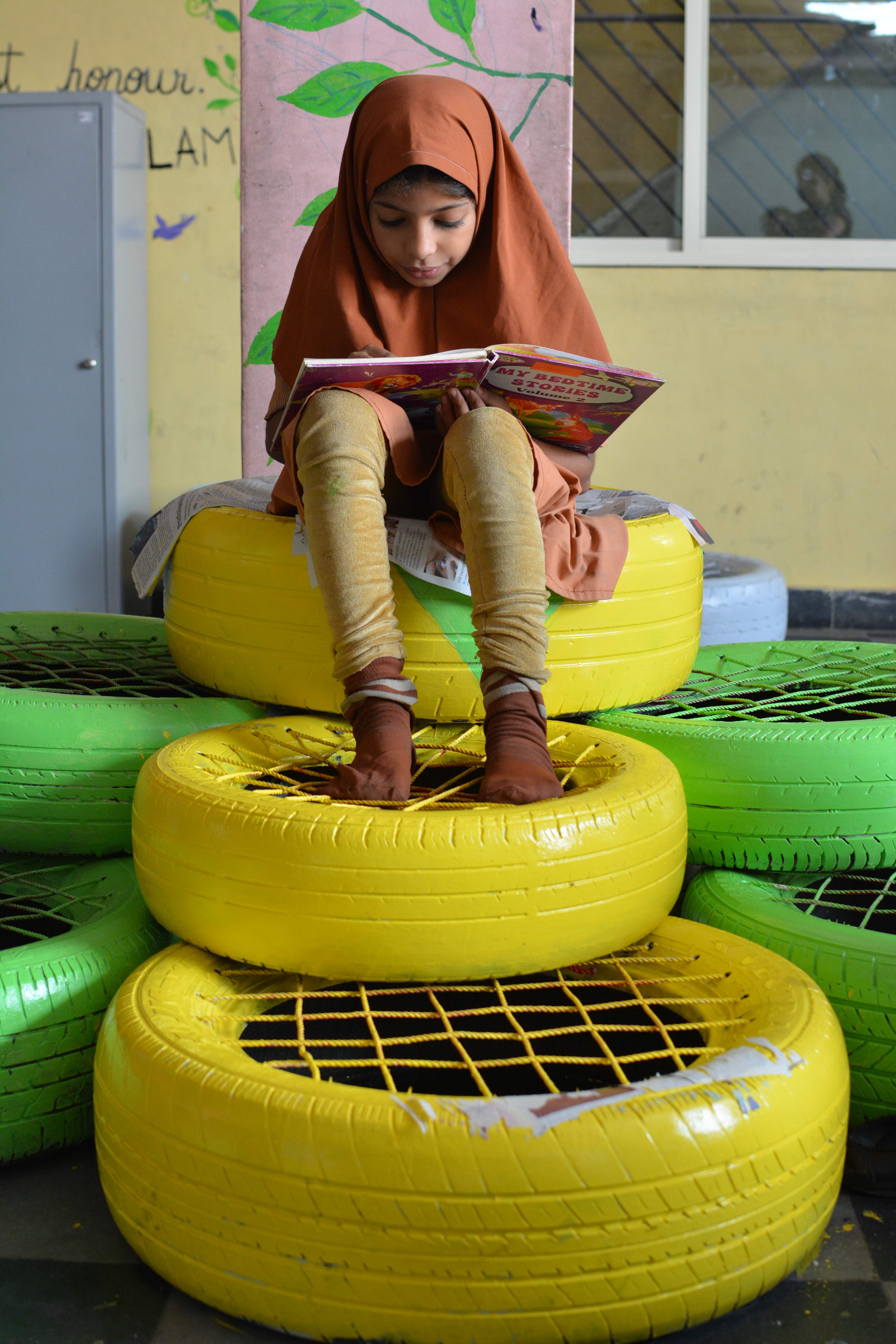 A carefree childhood: Simran is confident that the two playgrounds they are building will impact 2,500 children from 11 neighbouring schools

Most of the children who study at these schools come from slums with zero amenities. This leaves them with hundreds of responsibilities like filling water, cooking, looking after siblings or supporting their parents by even working part-time. "The five or six hours that these children spend in their schools is their best shot at living a carefree life and have a memorable childhood. In an attempt to make their time in school more accommodative and fun, we are making these playgrounds in these schools,” she adds.

The two playgrounds in Oshiwara and Malwani will be made from recycled waste tyres. To help Simran make her dream a reality, Anthill Creations, a company started by five architecture graduates from IIT Kharagpur in 2015, was asked for help. With their unique and sustainable designs, this company provides young ones with safe and open spaces in cities, by using scrap tyres to build play areas. 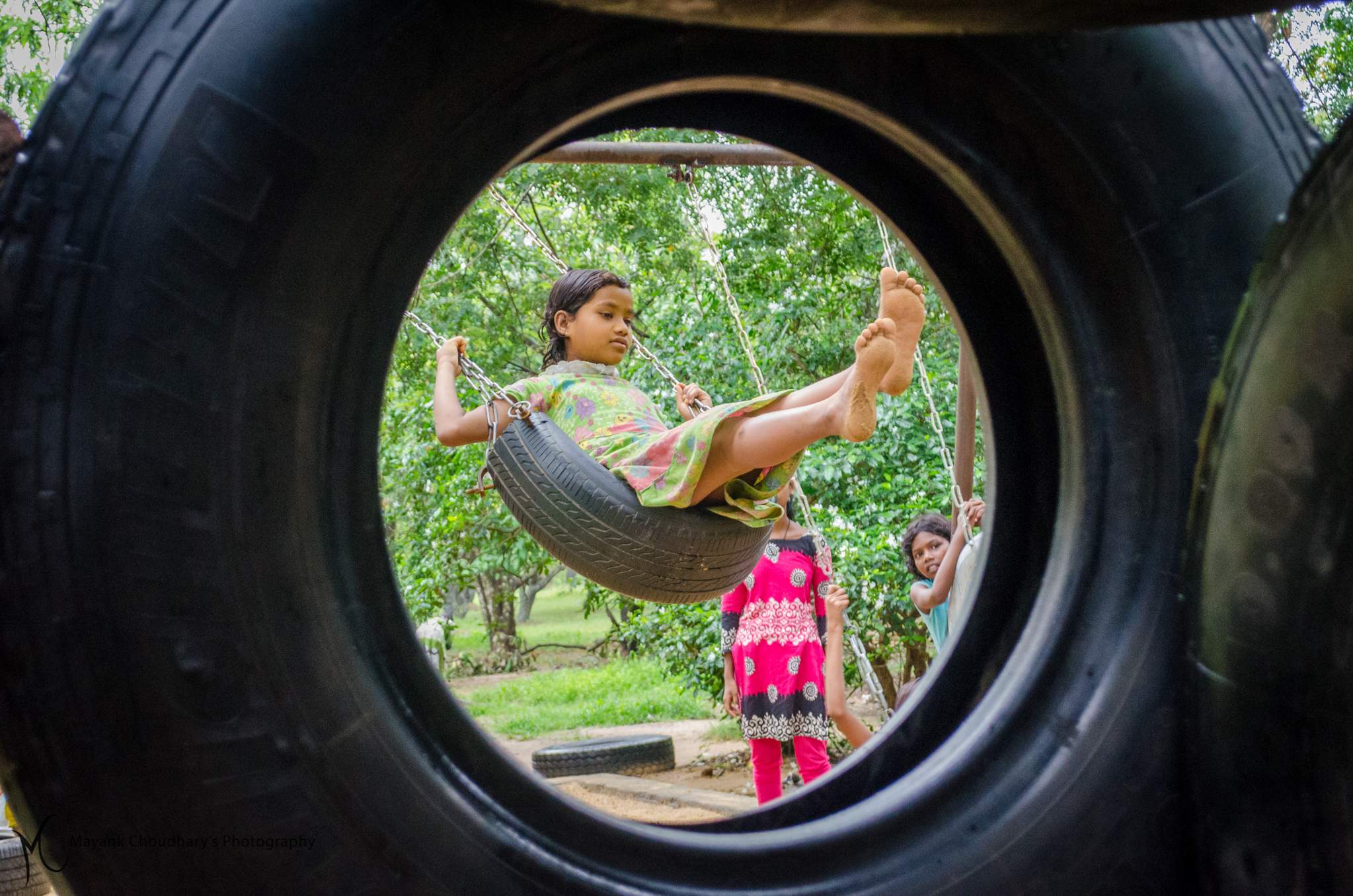 We create all our designs with low-cost, recyclable tyres that are safe for children. We decided to help Simran and Kritika in their mission as they are doing a great job in trying to create these safe spaces for kids. We first interact with the children and the surrounding communities and then decide on the designs of the playgrounds. We try to put in a lot of interesting elements so that kids can develop their own games around these and use their imagination

Simran is confident that the two playgrounds they are building will impact 2,500 children from 11 neighbouring schools. "The playgrounds are situated in the centre and are surrounded by school buildings and the communities living there. Thus, two of the playground in that area will attract children from all those schools to come and play. Kids sit in their classrooms all the time, this way they will go out interact with each other," adds a confident Simran.

This will also be the first time that Anthill will work in Mumbai to create playgrounds. Simran says that they chose to involve Anthill in this project even more as the Mumbai municipal schools teach their students the importance of recycling and waste management. "Teachers don't have a lot of options to provide the students with examples. After this, they can interact in different ways with the children, take classes in the playgrounds and teach them more vividly about waste management," says Simran. She also hopes that the playgrounds will increase enrollments at these schools and children will be eager to come to school.

Simran and Krithika are raising funds to build these playgrounds. They have a fundraising and campaign page on Ketto, which has already collected Rs 1,20,000 and their aim is to raise Rs 3,00,000.