Her children's books have won her international recognition, but did you know that Paro Anand never liked to read books as a child? The author talks about her work, her childhood and her books

Most of you probably know that Paro Anand is one of the most celebrated writers of children and young adult books in India. But did you know that the author doesn't believe that children's books should mean cute stories about talking animals or fairy tales about princes and princesses? In fact, she has gone one step ahead by writing books on terrorism, violence, environmental issues and child abuse — realities that she believes children should know about. Her books like No Guns At My Son's Funeral, Like Smoke and The Other are some of those books that prove that she's a fearless writer.

When we ask her the usual question of what brought her to writing children's books, she replies with a wide smile, "I haven't grown up; I'm still a child. My career started as a theatre teacher and working with children, I found out that they need contemporary stories to read. It was in the 1980s that I started writing for children. Then, there were either mythological stories or books by foreign authors. There was nothing in particular for our kids and so, I thought it was the right time for me to start writing for children." Surprisingly, Paro as a child never liked to read books. The atmosphere at her home was such that it was mandatory to read books for an hour every day and there was a small library set up. "I hated that one hour until I found a book that made me feel like that book was written especially for me. The book was Born Free by Joy Adamson and it's about a family that brings up a lion from when it's a cub," she says. That book changed her outlook towards reading. 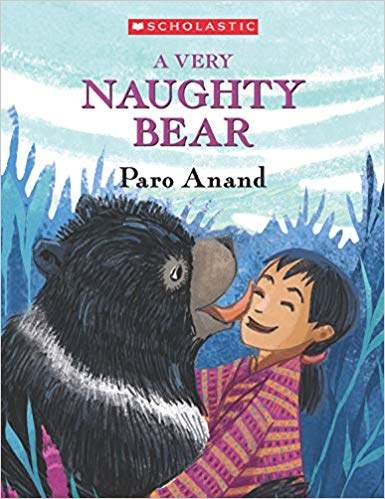 Today, aside from being a renowned author, Paro also runs a platform, Literature in Action, which is a programme to use literature as a medium to interact with children about social issues. "I was working with children in rural India and due to poverty, they either can't buy books or have to read one book for their entire life. That is when I thought to myself that I should run this programme for children so that I can read them my stories. But now, we are using it as a tool to listen to their stories too. This way, we are giving them a voice to come out and speak," she says.

Talking about her latest book, A Very Naughty Bear, which she launched in September at Bengaluru's Neev Literature Festival, Paro says, "I initially wrote a story about a bear who wanted to be the first to do something like climb the Moon. I read this story for children at one of the literature festivals in Bhutan. At the time, I became friends with this Bhutanese lady who had told me about a bear that was destroying honeycombs and also eating up the apples near her house. This story inspired me to write A Very Naughty Bear. It's a story that is very performable and I recently performed it in front of a crowd of around 200 children," she says.

I have read a lot of animal books and as a theatre artist, I read many adult books and plays written by Tennessee Williams and Bertolt Brecht. We were never stopped from reading books that were age appropriate. I have read all kinds of books and they never damaged me

But not all her books are received with the same enthusiasm. In 2011, her book Wild Child And The Other Stories was published and it was this book that won her the Sahitya Akademi Puraskar. But despite winning such a prestigious award, Paro was disappointed in one thing. She was unhappy with the fact that only her picture books are being translated into regional languages, while her more serious books that she has written for teenagers is not. "A few of my books have been translated into Spanish, German and Hindi. Only my picture books have been translated into regional languages. But when it came to a serious book like No Guns At My Son's Funeral, no publisher including the National Book Trust came forward to do the translation. They claim that it is not right for children to read such books," she says disappointingly.