"I'm a straightforward girl. When people ask me why I choose to do this as a researcher, I ask them to mind their own business. They consider it beneath them to stand on the road and sell food. As long as we are not doing anything wrong, it is not for anyone to comment on what I or my husband were doing," says Sneha Limbgaomkar. Although she has put her food business temporarily on hold, this researcher who is doing her PhD in Bioinformatics on the subject of Carnivorous Plants at Kerala University has been supporting her education with the help of some successful entrepreneurship.

"We were planning for something big when we first moved here," explains Sneha who moved to the capital city of Trivandrum in 2013 for her MPhil entrance examinations at Kerala University. In 2016, she was joined by her husband Prem Shankar Mandal. A month later, they started the business. "But starting a big business in Kerala and that too, in the capital proved very difficult. It was not in our hands. So we thought, why couldn't we start a thattukada (a roadside eatery) since we had seen that it was very popular in the state. Initially, my husband was a little hesitant that it would be on too small a scale for us to benefit off of. I said that it doesn't matter. We realised that it the most sensible thing for us to do would be to start a small business considering our economic situation." 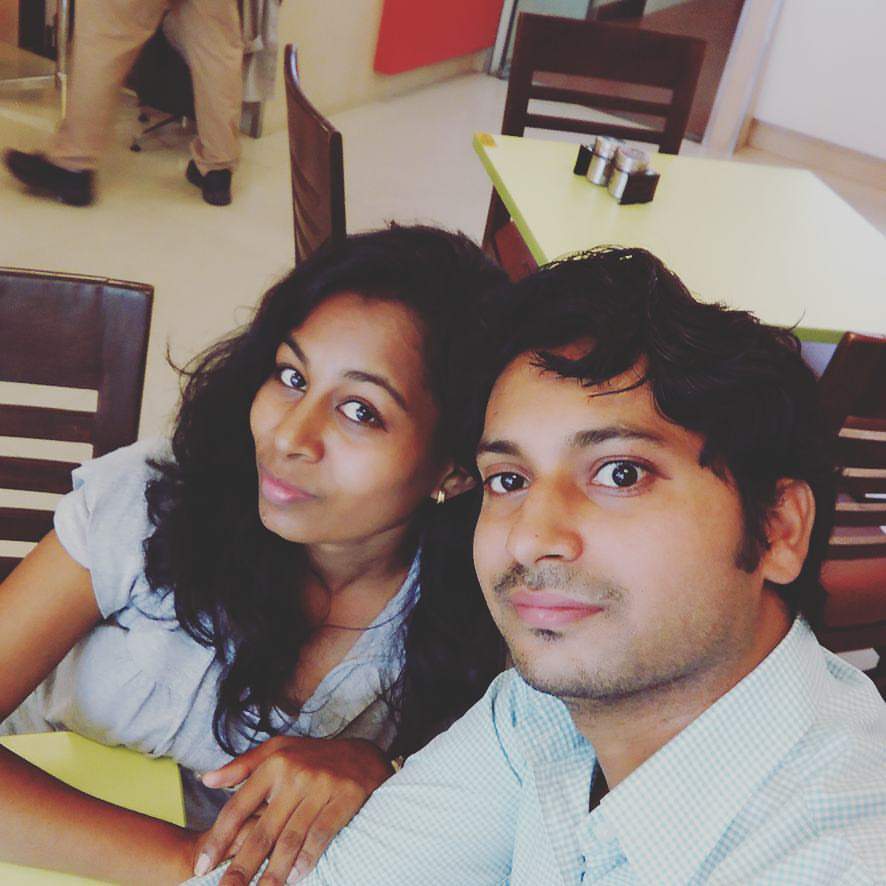 FOOD FOR THOUGHT: The couple set up the business in order to become self-reliant

The couple started their business with a small push cart. Our of their very first dishes were momos. Later, they introduced a variety of other dishes such as pani puri, aloo parathas and gulab jamun. Once they immersed themselves in the South Indian culture, they even introduced dishes such as dosa and sambhar. "Everything we sell is homemade," says Sneha. "Ask anyone around the campus about our masala chai and they will have so much to say. Here, people just mix it in one large pot but make them individually for each person. And that gave it a whole different flavour."

"My husband and I are both from middle-class families. Especially compare to other students here, we are definitely from extremely humble backgrounds," she explains. "Having begun our independent lives for the first time, without the support of our families, we realised that money was necessary for everything. We knew that we had to do something to survive. The main purpose behind the thattukada was our financial problems. Of course, we needed it to support ourselves. When it came to my research and other work, the department would fund us for it. But of course, whenever I needed money for my research like buying a particular plant or a seed, I needed to take it out of my own pocket. Having this business allowed me to go on with my work without having to depend on anyone else."

How did she manage to balance her education and an entire business? Sneha says, "The fact that I'm currently not doing anything is proof of the fact that balancing work and academic life is not easy. I'm nearing the end of my research and I had to focus on my education. At the time I was able to balance it because of the support that I received from my husband. He was the one doing most of the heavy lifting. I used to go to him during lunch time and help out. What I would do is, I'd help him whenever I was able to afford the time. When work was over at the department, I used to rush to go and help him wash dishes and whatever little help I was able to do."

Sneha and her husband had to put up a little fight to keep their business going. When they first moved from the pushcart to a proper thattukada, a lot of people had issues with the idea of such a business being run by a student near the campus. After a conversation with the University's registrar and the support from the university, they were able to secure their small business. When they moved to their new venue, Sneha explains, "We would be spending half our day preparing all the food and the other half selling it. Prem used to start by 3 in the evening. I used to join him at 6 after wrapping up my work."

Sneha has many plans for the future. "I am planning to start a business right here in a few months but time is what I'm bound by. When the both of us have the time and finances to do it, we will definitely start something on a larger scale," she says. All things considered, there's no one who can mind Sneha's business quite like her.