Punchman of Odisha, Satyapira Padhan, is promoting sports among the rural youth of Kalahandi

His Facebook timeline is a sight to behold, filled with warm wishes, congratulations and blessings

On September 27, Jayadeva Bhavan in Ashok Nagar, Bhubaneswar was buzzing with energy. People crowded around the stage to see (and of course, record on their smartphones) the feat Satyapira Padhan had set out to achieve. Amid all the cheering and camera flashes, Padhan set a record for the most number of full contact one hand punches, 312 to be exact, in one minute while holding a 1 kg weight. Before this, he had set his first record for the most number of full contact punches in one minute (393). Both the records went down in the Guinness Book of Records. It's no wonder he's been given the title of 'Punchman of Odisha'. But, if you are thinking that he went through this ordeal just to go down in the record books, you are highly mistaken. The funds that came in from organising these events have been directed towards his initiative Satya Seva Trust, which the 24-year-old started in 2012. And through this Trust, he has been doing a lot of social work as well.

Padhan is the director of professional services at the Rotaract Club of Bhubaneswar, the Brand Ambassador for Postcards for Peace and a water-research company as well

"There is a certain perception around Kalahandi as outsiders think the people here are uneducated and poor. I want to prove to others that Kalahandi is much more than that," says Padhan, who hails from Deypur. To make a difference, Padhan conducts blood donation camps (he himself has donated blood 24 times) and blanket distribution programmes. But where he is really striving hard to make a difference is in the field of sports. He encourages new talent and even tries to provide them with the resources they might need — right from cycles so that upcoming athletes can travel easily to organising workshops for them. The most recent workshop is his ongoing one to promote an interest in volleyball, for which he brought down Kamar Ali Khan, an international coach. 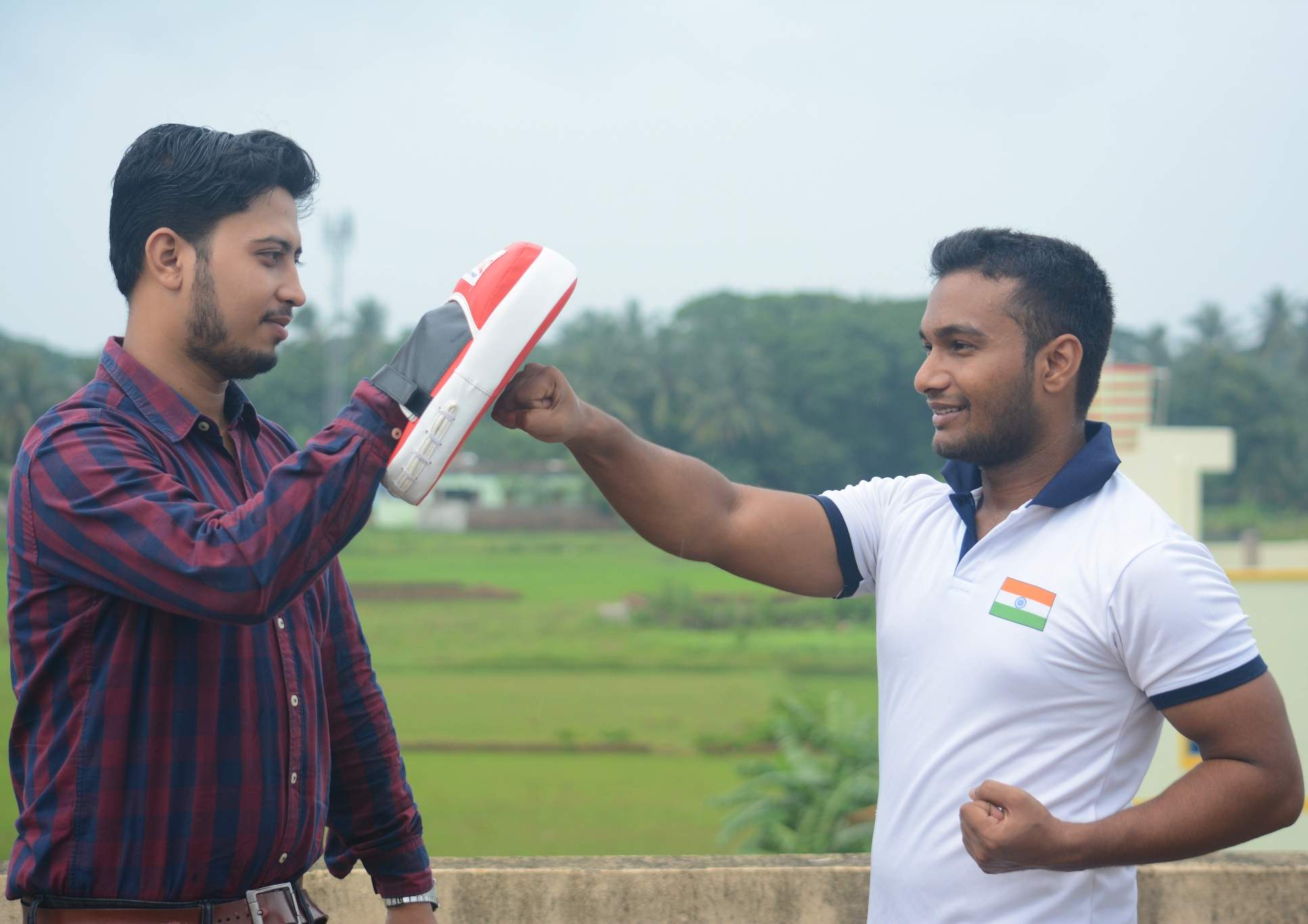 Tick tock: For the first record, Padhan trained for about nine months and for the second record, about three months

This workshop, which started on October 1 and will end on October 10, will help all volleyball enthusiasts learn a thing or two from Khan. "I remember when I started out, there was no one to guide me. But I want to be there for others," says an emotional Padhan, who has been training in martial arts since he was in class IV. Needless to say that he excelled in several sports like long jump, javelin throw, shot put and others while in school. And having understood the importance of sports, he wishes to pass on the same wisdom to upcoming athletes, especially regarding how to go about setting a record. "It doesn't cost us a rupee to set a record and yet, it gets us the recognition we deserve," says Padhan, who has even travelled up to Rajasthan to explain to the enthusiasts there how to set a record.

Having pursued an advanced mountaineering course from Jawahar Institute of Mountaineering and Winter Sports, Pahalgam, he is currently pursuing his Master's in Physiotherapy from Hi-Tech Medical College and Hospital, Bhubaneswar

Padhan also speaks to the amateurs who gather to learn martial arts under Sudhir Chandra, who has earned the black belt six times and is Padhan's coach as well. And for those newcomers who show interest, he is their friend, philosopher and guide. Sachin Behra, who won the Usain Bolt Championship 2017 held in Chennai, is one of the most promising sprinters Padhan is helping. "I will make sure that several records are made by youngsters from Kalahandi which will change the perception about this place," concludes Padhan. 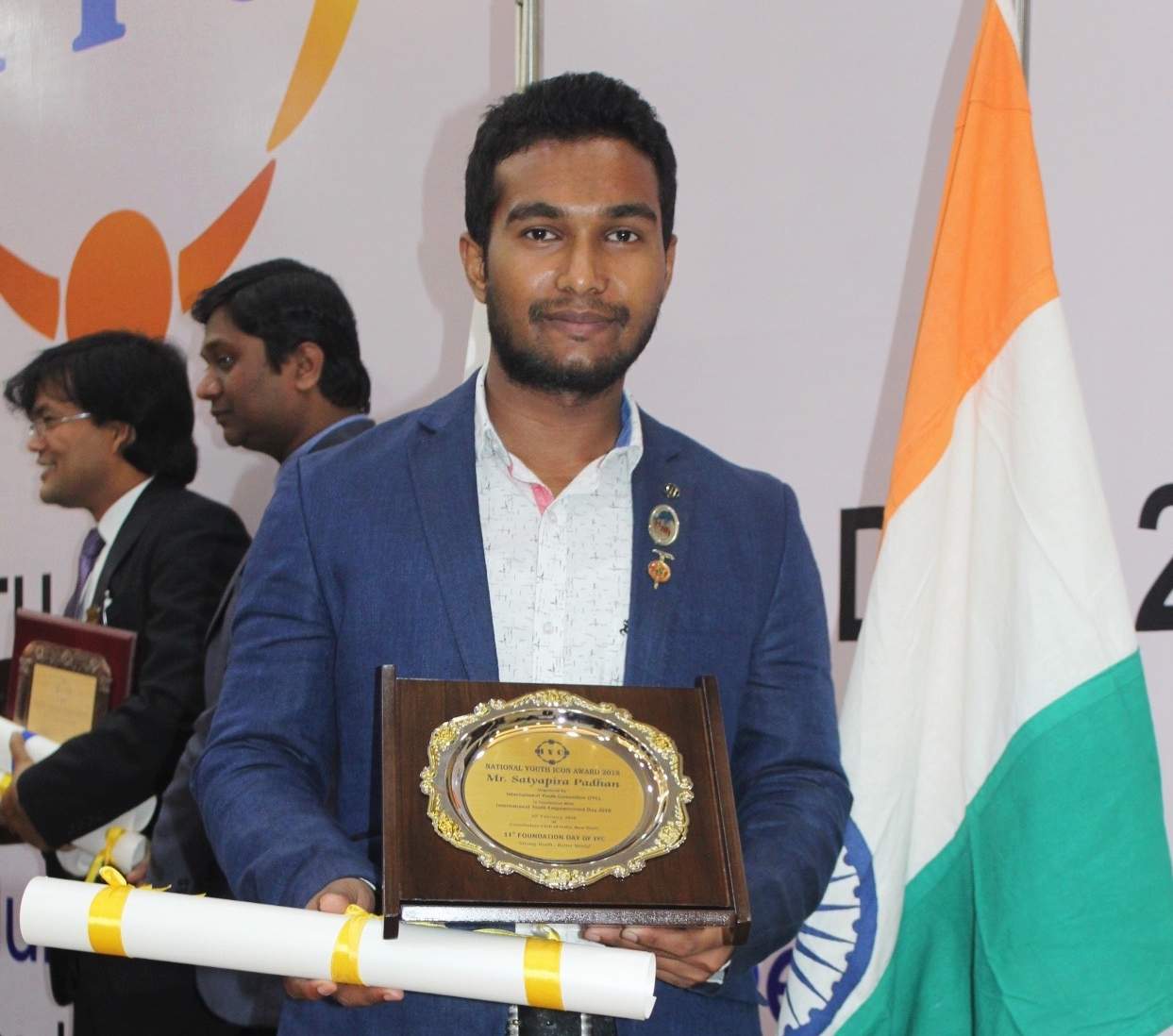 Only if an athlete reaches, let's say, the Commonwealth Games, do they get an assured job from the government. What about state-level players? Only excellence, not mediocrity, is the need of the hour

Other social work:
- He's set up a poor patient welfare fund where funds are being gathered to help people who can't afford medical treatment
- He encourages girls to take up sports
- He conducts free education drives in slum areas
- He conducts cleanliness drives
- He works with the administration to pave roads and provide electricity in rural villages