At a time when most lawyers are engaged in solving judicial issues and court hearings, two young men from Ranchi are taking on a different challenge altogether — empowering the rural population to understand their human rights and help aspiring students pursue their chosen course of education by raising funds. Yogendra Yadav and Kunal Patel, graduates from the National University of Study and Research in Law (NUSRL) in Ranchi, have decided to team up with IDIA (Increasing Diversity by Increasing Access) to enable others to become world-class lawyers and community leaders one day. Their journey is one of considerable struggle and determination, and their mode of locomotion is arguably the most humble of transports — the cycle.

Yogendra hails from Jharkhand and knows the difficulties many students from the rural background face on a daily basis. Working as a domestic help during his school years, he was harassed by his employer until he left for Ranchi, where he studied law at the NUSRL. During his years as a student, he was interested in the diversity and geography of India, something he wanted to witness with his own eyes.

He also cherished another ambition — to become a politician and bring about the required change within the system. "While studying at the NUSRL I started reading about India and it was fascinating. So, during my time at the law college I decided that one day I will 'read' my India with my naked eyes," says Yogendra. This also forms the bedrock for his decision to cycle through the villages he planned to cover. "For anyone who aspires to be a politician, it's very important to know his nation well. So, in both cases, I wanted to know my country thoroughly and for that purpose, nothing was more convenient than the cycle for transport," he adds. 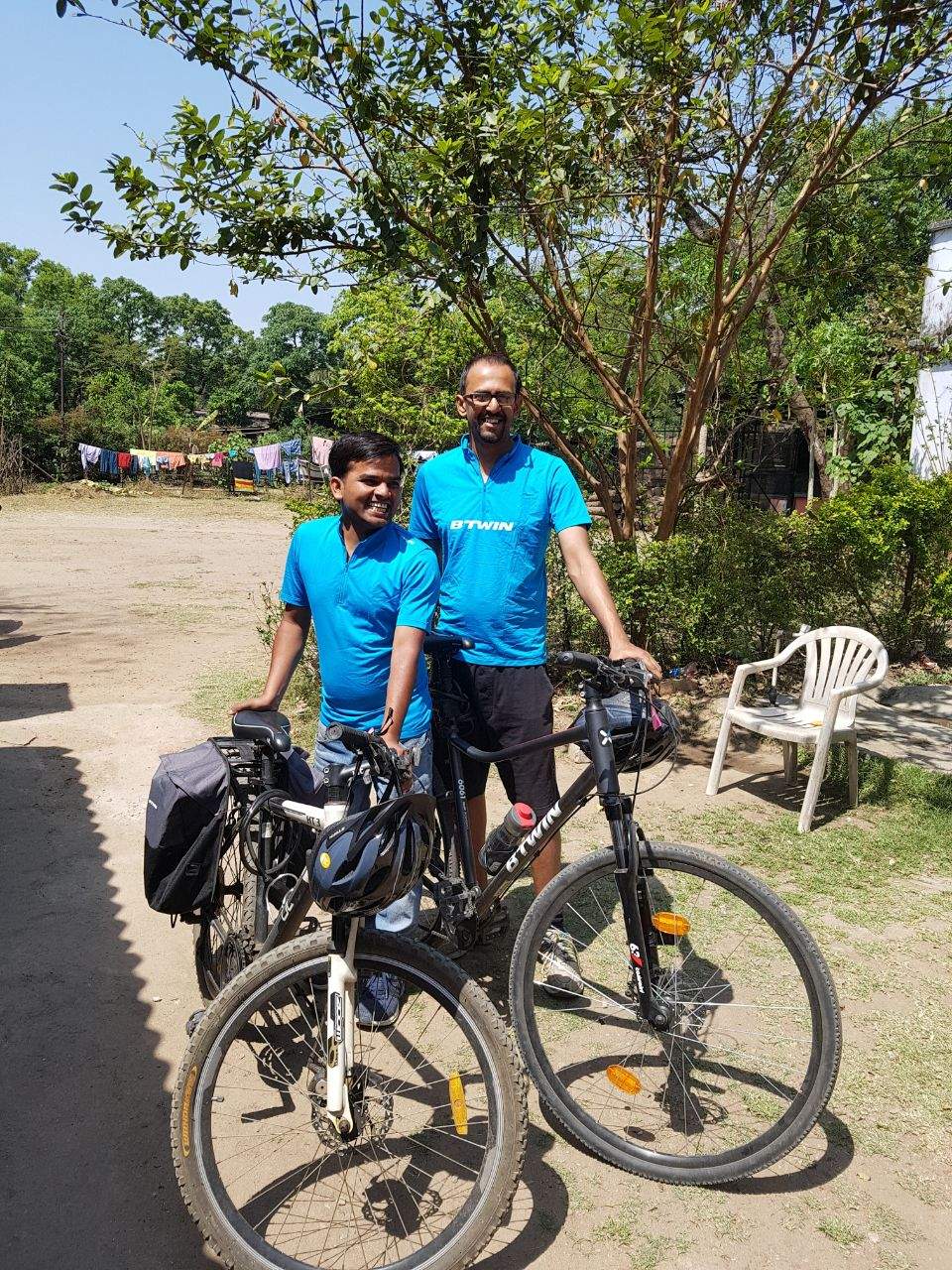 Empowering the rural population: The IDIA offers assistance to deserving candidates, enabling them to reach their targets and career goals by providing access to required resources

Kunal, Yogendra's partner in this odyssey of good deeds, worked at Hammurabi and Solomon, before accepting the latter's invitation. The duo planned to cover all five major cities — Delhi, Mumbai, Bangalore, Chennai and Kolkata — starting from March 2018, and also visit as many villages as they could during their travel. The weather, however, had other plans. While they were scorched by the heat in Gujarat and Rajasthan, they were drenched by the downpour in Goa and Karnataka. This variation of climatic conditions took a toll on their health, and they halted their journey on July 20, 2018, in Bangalore, but not before covering 6250 kilometres, 10 states, about 400 towns and cities, and around 5000 villages.

The other aim of their endeavour is to raise enough funds to enable aspiring candidates to receive CLAT coaching. Their current target is Rs 2.5 lakhs. "The amount (Rs 2.5 lakhs) is not enough to cover even a single student's tuition fee at a law college, but this amount can cover the training cost of five students for CLAT preparations," says Kunal. IDIA has been incredibly supportive, offering assistance wherever possible. Yogendra and Kunal have a simple advice for others seeking to empower rural India and support deserving students, "For those who aspire to make a difference for the country, we would like to advise them to first know the country very well. And to know our country, travel through it."