Harinder Sikka speaks about why he came to a college in Kerala and about tracing the life story of Sehmat through his book, and his life-changing journey following the release of Raazi

Midhu Elizabeth George rediscovered God in the midst of her frantic research for her doctoral thesis. It was during an internship in May that she saw the first trailers for the film Raazi. Upon some research, she discovered that the movie was based on the book Calling Sehmat by Harinder Sikka. "I was quite moved by the story right from the first look," she says. "When I read up on it further, my first thought was that the book had a lot of potential in the research world. Once I made the decision and got a very enthusiastic approval from my course coordinator, I randomly messaged the author on Facebook asking him for an interview. It all started from there."

The very next day, Harinder Sikka gave her an interview through email. As she began working on the project, he would reach out to her time and again to inquire about how far she had progressed with the work. Once she sent him the final copy, Harinder's publisher, Penguin Random House floated the idea of him giving a talk at St Teresa's College, where Midhu was studying. After it's debut in the world of film, Midhu's project would be the book's debut into the academic realm. 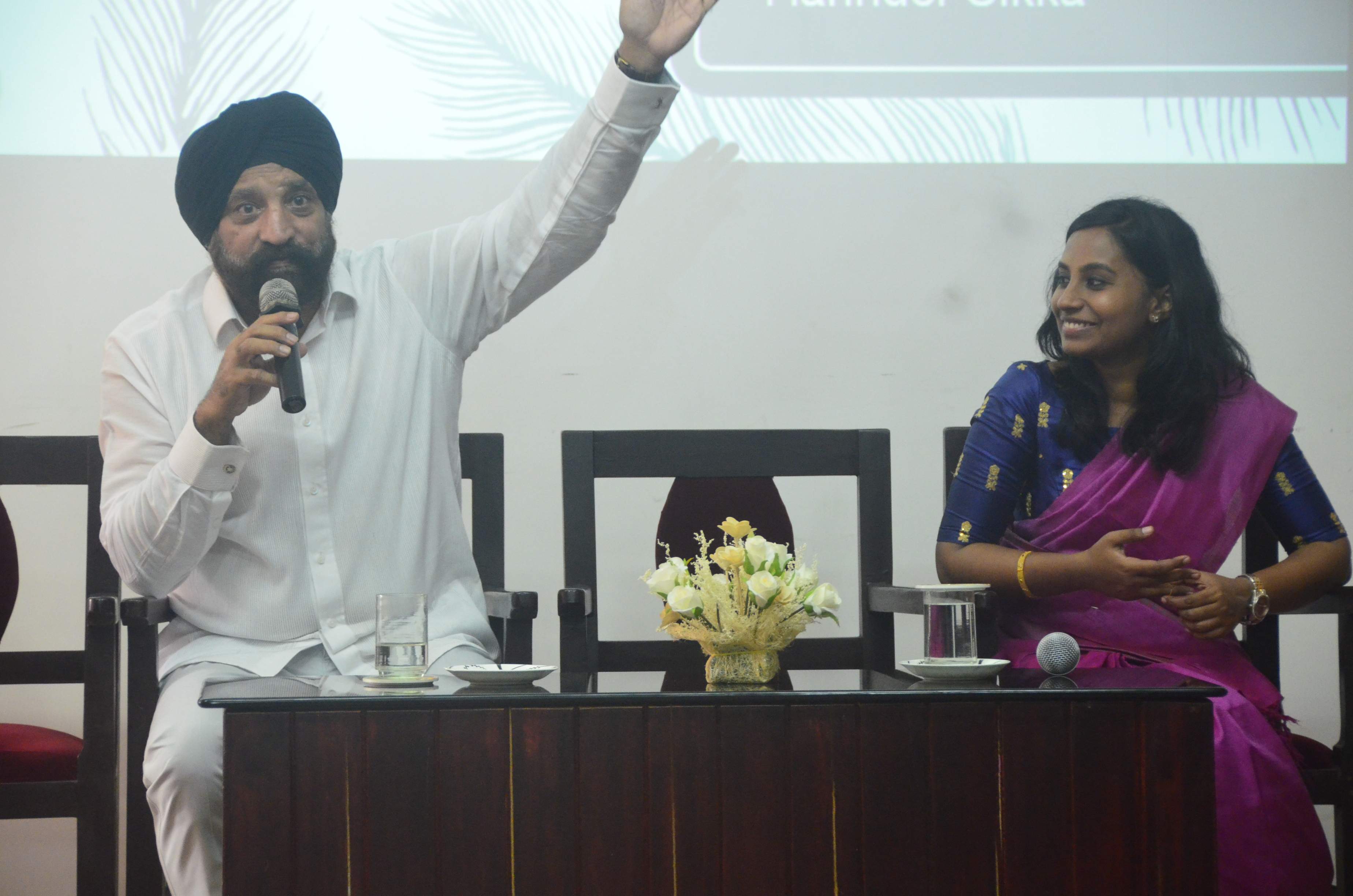 Titled 'Situating Trauma in the Ambit of Biopolitics: A Reading of Calling Sehmat', Midhu's thesis analysed three aspects of the book: A life narrative, the biopolitical context of it and the traumatic experiences that were faced by Sehmat following the events that transpired in Pakistan. "I am planning to publish it as soon as possible," affirms Midhu. She adds, "When Harinder spoke at our college, it was honestly a turning point in my life. Until a moment before that, I had a lot of doubts in my mind. I have dedicated 7 years of my life to Literature. And you know how people treat those who opt for this path in life. I somehow still held on to it. I believe this was all possible only because of perseverance."

"Harinder has made me believe in humanity again. He is sort of an angel for me. I have never seen such a wonderful person in my life who actually puts his words into action," she says. Midhu goes on with unbridled awe, "There were many points where I felt like giving up because this an entirely new topic and I had nothing to refer to. Somehow, his encouragement and the mysterious aura of Sehmat guided me. She was like a guiding light who helped me through him. I don't know what the word is for the mystic presence she has had in my life. But I have seen it and it has changed my life. I have never met her or seen her, but I have felt her through my writing." We caught up with Harinder Sikka as he was preparing to address an auditorium filled with young enthusiastic women. Excerpts:

How did you discover 'Sehmat'?

I left the navy prematurely in 1993. I went on to join the Piramal Group where I continue to work to this day. In 1999, I joined as a freelance journalist during the Kargil War. During this time, an incident happened where I questioned the integrity of the intelligence here. I asked them how we could have allowed the enemy to sit over our heads. One officer stood up and said, 'Everybody is not a traitor, my mother certainly was not.' This was when I started digging up about this incorruptible matriarch. I decided to christen her with the codename 'Sehmat'.

Could you give us an idea of the journey through which you put this story together?

My research went on for about 8 years. Initially, she wouldn't speak to me at all. All I got were some bits and pieces from here and there. With whatever she gave me, I built the walls around which the structure of this story came to life. Calling Sehmat was first released in 2008 and the film came out 10 years later in 2018. Lo and behold, it has now become a famous film and a bestselling book in the country and abroad. After the release of the book, everything fell together in a beautiful manner. It has been a journey that has changed my life. It changed my very concept and understanding of what it means to work for your country. 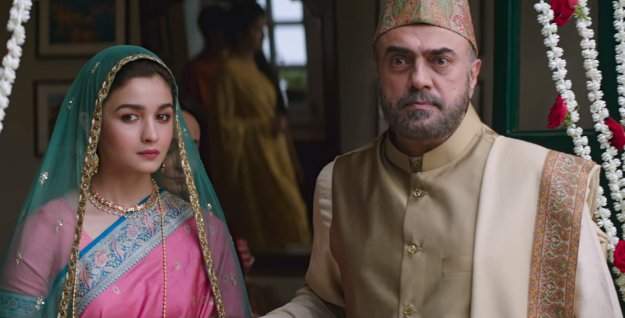 MY SPY: The story features the journey of a woman who sacrifices everything in service of her country

How did you convince Sehmat that the story deserved to be told?

The truth is that I didn't need to convince Sehmat of much. I just didn't budge. I was adamant and she realised that I was being adamant. She realised that I was not going to back away without knowing her story. In the beginning, she would give me only bits and pieces. I would write entire chapters and send them to her. She would cut many parts of what I had written because she thought I was overdoing it. But just the simple fact that she would leave at least 30 per cent of what I had written helped me see that I was almost on the right track. She also wanted me to remain sober and lay low during the writing process, which I respect to this day. I think a relationship was built around this whole process because we respected each other.

What do you hope people and this country learns from Sehmat's story?

People should first understand that women have sacrificed a lot.  It should also be driven into their heads that Kashmiris are not traitors, and that calling them traitors repeatedly is equivalent to driving them towards being one. People live under the impression that Pakistan is their home ground. But what we need to talk about is the fact the Kashmiri people only get waylaid because we are pushing them to get waylaid. I asked the former chief of the Research and Analysis Wing (RAW) of the External Intelligence Agency how is it that we spent almost 8,000 crores over a decade in order to control terrorism in the Valley when most of this money has only funded politicians, bureaucrats and separatists. So we must ask ourselves if we are actually keeping terror alive in order to earn that money. 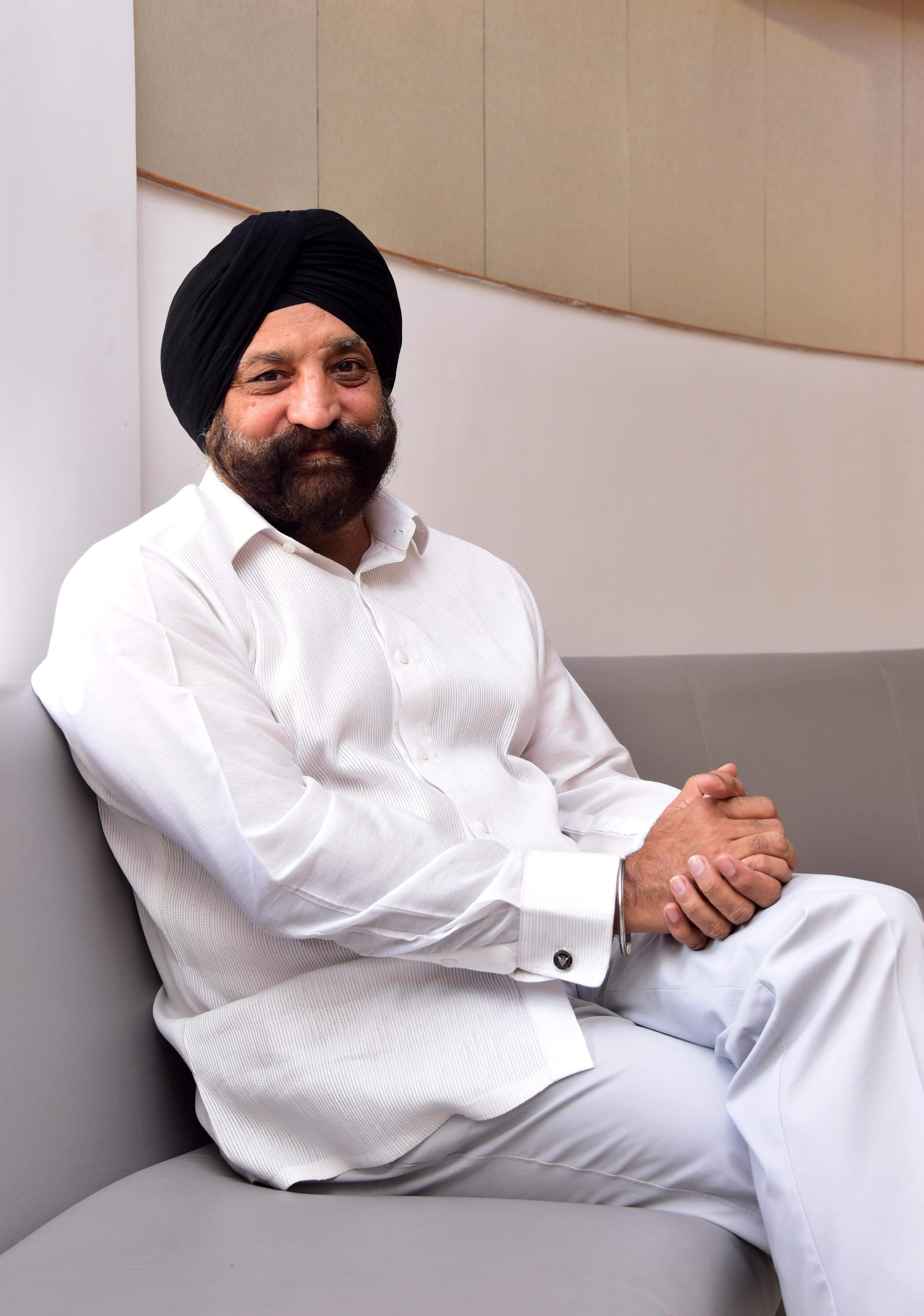 HIGH PROFILE: The author hopes the story inspires the Indian system to change

What can this story teach us about the relationship between these two countries?

Pakistan is a wonderful country. The Pakistani people were wonderful to me during the two visits I had made to research the story. The only problem is the militant nature of everything around it. 60 per cent of the land in Pakistan is owned by generals. The truth is If they don't create hatred, they will lose a lot of this stuff. The same thing happens in India as well. Our politicians are no less corrupted. They survive because they have created enough hatred for us in the name of religion and caste. Nature tells us that there is only one God. But in their language, unless one God fights with the other, how will they continue to reap from the benefits of hate?

Do you believe that the system can change in the near future?

I have been told that the current government has put a blockage on terror funding but much more needs to be done, otherwise, mothers will lose their innocent children. The very fact that Calling Sehmat and the film Raazi were all banned in Pakistan shows that they realise that if Kashmiri women stop sending their children to Jihad as a result of this story, Pakistan will lose a lot. So they put me under threat. Whether it is Pakistan or us, the terror never ends. Many separatists, terrorists or unwanted politicians benefit from the way the system works. So we do not need to look outward for enemies, we have them within. That is the aim of telling the world this story, what this ordinary woman from Kashmir has done for all of us. Why do we use these words, Muslim, Hindu, Sikh or Christian? First talk about being Indian.

What is the most urgent change that we need?

We need a leader. Fact is that masters cannot lead. They only know how to survive on a daily basis. We may have Narendra Modi who I daresay cannot be corrupt because he has nothing to pass on to anybody. But we don't have a system which is clean. From the very beginning, we are taught that to get admission in school, you need to pay a donation. Our system is engraved into negativity. Companies and individuals are simply fighting over this illusory idea of being better than each other. You can find an LED TV in every house regardless of whether people can afford it or not. This system is so broken that people are willing to even sell themselves to keep it running. And if we are not careful, this will be the cause for our downfall.