This NGO has been installing fridges in public places and gated communities to feed the homeless and the hungry, and also stop food wastage. They hope to set up more fridges across India.

Vimala and her three children are happy now as they no longer have to go to bed on an empty stomach, thanks to a few like-minded people who wanted to tackle two of the biggest issues in India - hunger and food wastage. Contradicting, isn't it! But that's the reality. While food is available abundantly for many, so much so that they don't think twice to waste excess food, a large population of India barely gets one square meal a day. While two youngsters - Rahul Khera, a resident of Delhi and Gautam Jindal, a resident of Noida - first started this initiative on a small scale in their respective cities, it was the NGO Feeding India that took the initiative national. Through their campaign #FightFoodWaste, Feeding India has been setting up what they call 'Happy Fridges' in gated communities and public places across India to ensure that healthy and nutritious food is made available to those who can't afford it.

Attempting to trace the route this initiative has taken across India, we speak to Gautam who had taken up the initiative after observing Rahul, who first installed a fridge last year in a public space near his house. "After Rahul implemented this idea, three other individuals from Gurugram installed the fridges near their houses too. Similarly, I also installed one near my place in Noida. We were initially keen on implementing it mostly in the northern parts of India, but once Ankit Kawatra (founder of Feeding India) got wind of the initiative, he was able to take it to different parts of India including the south. And why not! After all, it does cater to so many poor people," says Gautam. Initially, Rahul named this project Sharing Shelf, which was later named Magic Fridges by individuals and Happy Fridges by Feeding India. He further adds, "The fridge is helping many people get food with dignity and that too through a single shelf. As per my observation, at least ten people take food from these fridges every day and we are happy with the results." 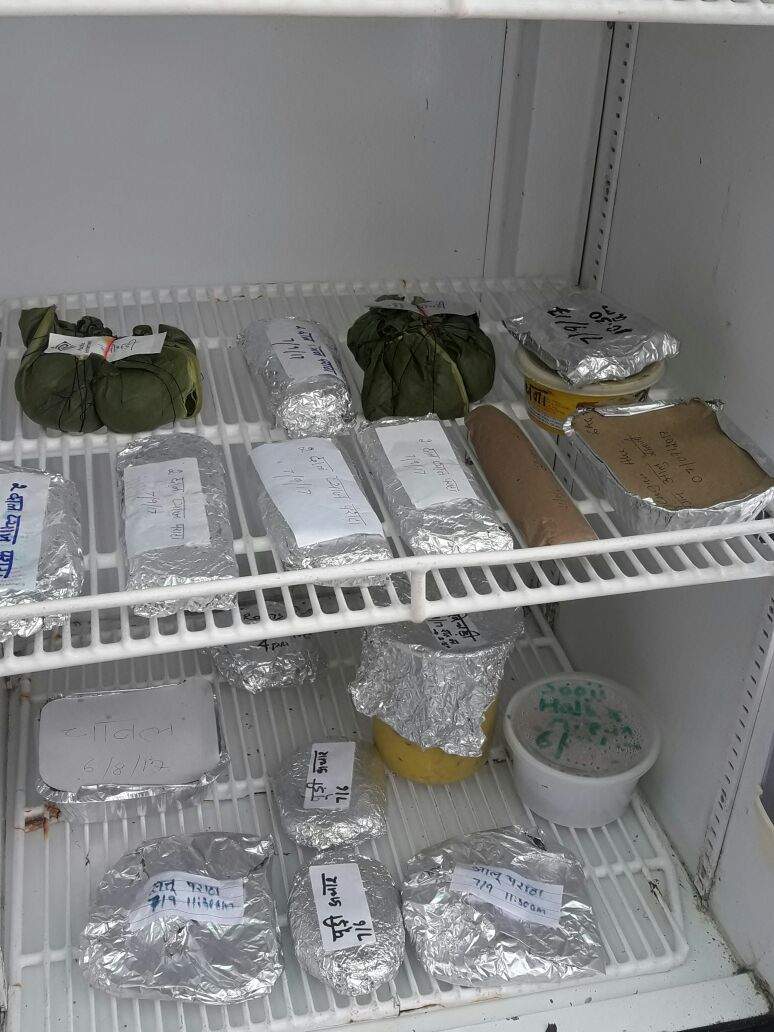 Noble Cause: People pack the food and write the name of the food item and also the time it was cooked

When we ask what steps have been taken to make this concept work systematically, Gautam says, "Before we install these fridges in gated communities or public points, we talk to residents of the area to help them understand the initiative better. And most of them agree to it because they know it is for a good cause. We have framed a set of rules which we would like both the giver and receiver to follow. Anyone who stores food in this fridge must mention the time the food was cooked and also what food each box contains in the local language. Aside from this, based on their availability at home, the residents can prepare a roster to look after the fridge every day. It is they who decide whether the food is consumable or not and that's why we mention the timing of the food cooked."

Now, while taking care of the fridge and the food that goes in it is important, what about the electricity bill? Simple, that is also taken care of by the residents. According to Gautam, the monthly average is around ₹500. Even during power cuts, this service does not suffer as the volunteers mostly install these fridges near the entry and exit gates of apartments, corporate offices and community centres so that there is a power back-up through generators. Feeding India aims to install 500 fridges across India and to practice what they preach, at present, they have installed one fridge near their office in New Delhi.

90% of all Feeding India Hunger Heroes (volunteers) are between the ages of 18 and 23. According to the data from Feeding India, more than 194 million people in India go hungry.

Not just providing food or taking care of the fridges, anyone can get in touch with Feeding India through their website to install Happy Fridges in their localities. And to ensure that no one goes hungry for even a day, the NGO provides training and guidelines to handle the fridge and organises product service too.