Have you seen a really playful and colourful gorilla who pops up at strange places in the city? You can find him sitting and enjoying the rain on the terrace of a building in Saidapet, chomping on a raw mango at Besant Nagar beach, or looking closely while two men play chess on the side of the roads in Adyar. If you haven’t yet, then do scroll down Jemma Jose’ Instagram page called "@thatgorillagirl."

For the sake of being consistent at creating interesting work of art, the 30-year-old artist based in Chennai started a 100-day project on Instagram. Her project called "#gorillagirlathon" is a unique series of pictures that includes a cute and chubby gorilla popping in and out of various places across the city when you least expect it. 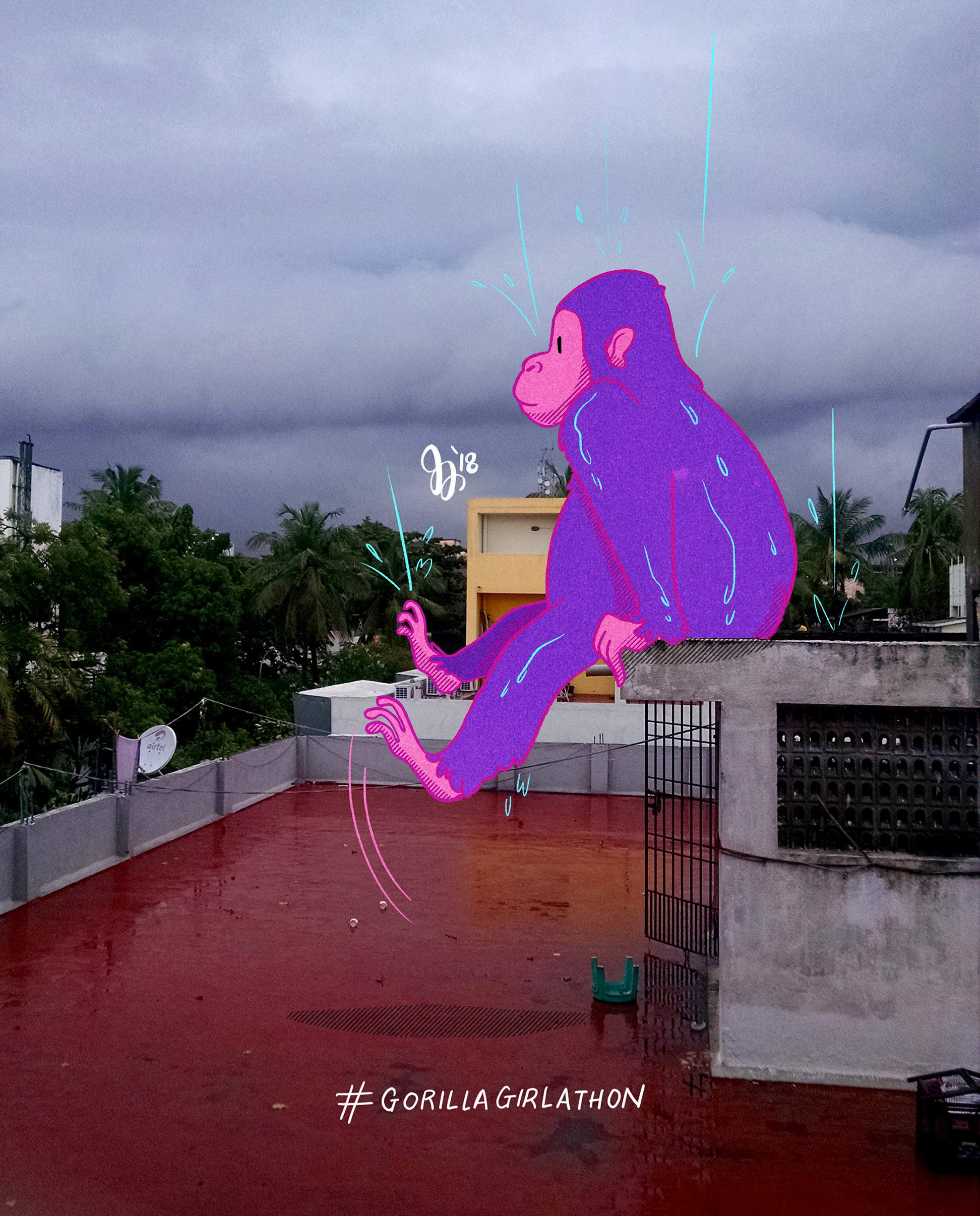 I wanted to stay more consistent with the posting on social media. I had created my Facebook and Insta pages but never made use of it. So I thought I should have a goal in mind, I saw other artists do different 100-day projects, so I felt why not? I decided it to be 100 days of constantly creating something — new drawings and posting consistently for 100 days. It's a good number of days to create a habit of creating meaningful work

When Jemma is not working on her gorilla project, she is an illustrator, 2D animator, and a freelancer, who is also working for a comic book project for an NGO in Delhi. She has also worked on illustrated books for children. "Last year I also worked on the title animation for Vikram Vedha," says Jemma.

Jemma says she knew she needed to do something that would be fun, easy to create, simple, and churn out very quickly. What's even more interesting is that she doesn't use pictures of famous or known places in the city to place her gorilla character in. "I started taking photographs from my neighbourhood, mostly random ones. First I had a thought of working on illustrations of monkeys in my neighbourhood but they had to be colourful monkeys — wacky stuff like two of them rollerblading. However, I had only created three drawings and stopped there. I never revisited that project. So this year I dedicated myself to working on this gorilla project. You wouldn't normally find a gorilla in the places I have drawn them, it is very out of context, that's what I find funny, humorous and that's the exact tone I wanted," adds Jemma. 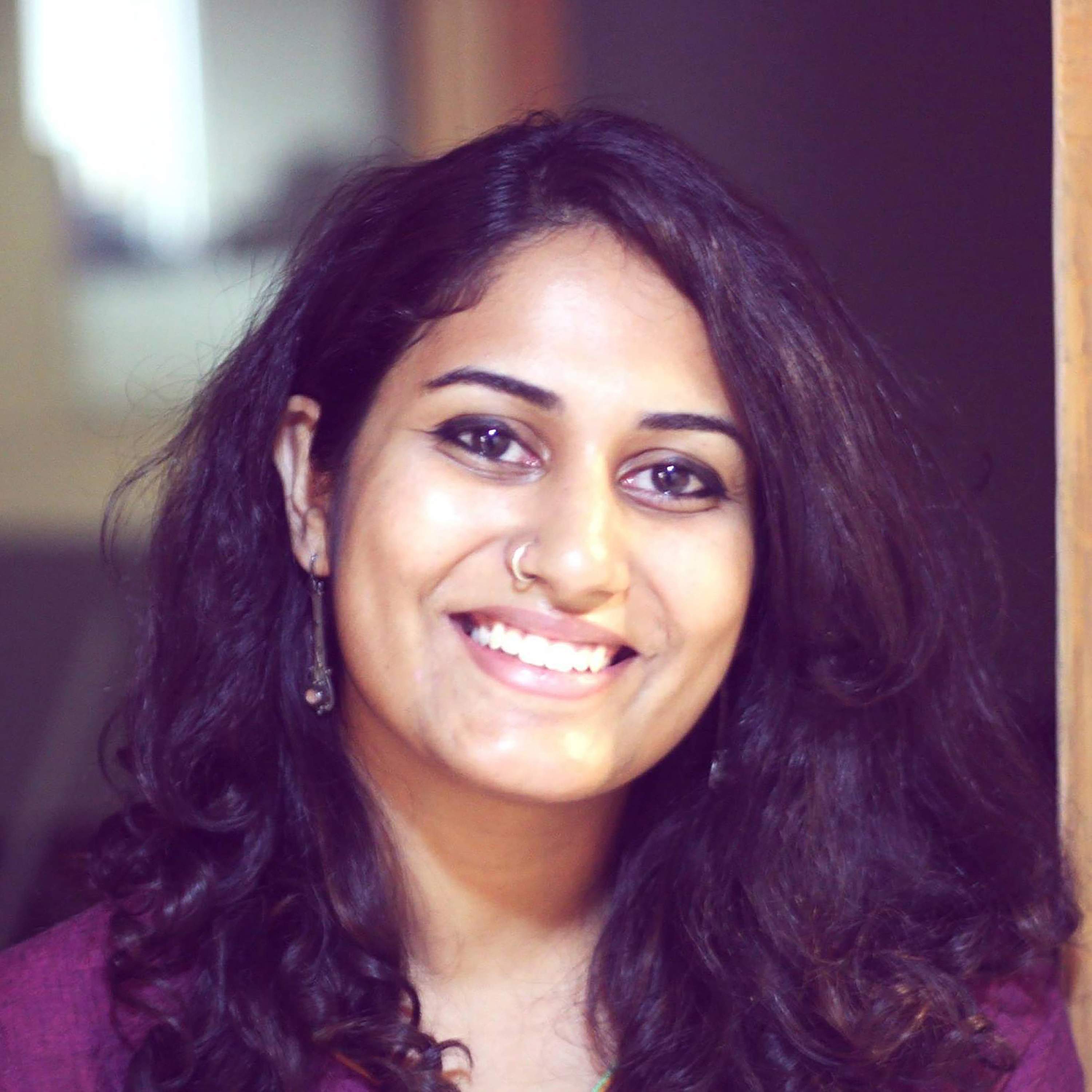 That gorilla girl: Jemma is an illustrator, 2D animator, and a freelancer, who is also working for a comic book project for an NGO in Delhi | Pic: Jemma Jose

In case you're wondering, there's an interesting story behind her playful gorilla character. "I had to do a project when I was studying in NID in Ahmedabad. I was studying animation and film design there, and we were given a project to create a short film, we had to come up with a story. So my husband and I used to discuss stories over the phone. One day, I was making tea in the kitchen and speaking to him on the phone and according to him it felt like I was breaking the whole kitchen, and he was like 'there's a gorilla in your kitchen,' immediately this image popped to my mind of a gorilla in the kitchen or one stomping around the house. So I decided to create a story of a boy who had a gorilla girlfriend, I had a lot of fun working on that project" Jemma explains, laughing. Chomp chomp: Have you seen a cute, chubby gorilla eating a raw mango at Besant Nagar beach? If not, then check out Jemma Jose' Insta page | Pic: Jemma Jose

Jemma says that until gorilla number 50 she was using her own images, however, after that she thought she could ask for entries from the Instagram community that encouraged her throughout the project. Currently, on gorilla 92, Jemma says, "The Instagram community was super supportive since the day I started. People started messaging, engaging with me, and that gave me more fuel to go on. After gorilla 50,  for the next 25 drawings, I wanted the community to help me, and I decided as an incentive I will gift them that picture in print. I didn't have much visibility as an Instagram artist, but these people encouraged me to do something new and I felt by giving them an opportunity to send their pictures I was giving back to the community."