Souryakiran Paul is a busy man. It was almost 24 hours before we could finally have a conversation since first contacting him. This doesn't come as a surprise though, because at 20, Souryakiran, along with his childhood friend and partner Sayantani Adhikary, 21, has managed to convert their Facebook photography page, Photo Scene Thesis, into a full-fledged business dealing not only in photography but also content creation, event management and corporate branding and advertisement.

Photo Scene Thesis distributes paper cups free of cost to the tea vendors across the city. This is not only their flagship advertising product but it is also steeped in social responsibility. Souryakiran shares that the vendors prefer to use plastic cups as they are cheaper but it gravely impacts the environment. "So we started with a new initiative called the Catalyst Cup, which is actually the paper cups on which the branding comes up", he explains. Sayantani says that the focus on paper cups stems from a personal love for nature and wildlife, the initiative being their "small way to eradicate the use of plastic", she adds. They source these food-grade recycled paper cups from several vendors, create the design in collaboration with the respective corporates and then distributes them. These cups also come with a social message, relevant to the corporate advertisement.

The duo, currently in their third year of college, had initially started the Facebook page, for sharing their photographs and creative content a year and a half ago. It was meant to be a platform for promoting photography and art, while also providing a creative space for budding photographers, artists and writers to showcase their work and exchange ideas. "We started with just our cameras and laptops, with zero capital", recalls Sayantani. "After a while, we started receiving contracts to photograph some events", she adds. They later expanded into content creation and started outsourcing bloggers for corporates.

The whole team at Photo Scene Thesis consists of college students, the oldest amongst them being 24. "Everyone in the team, from the head photographer to the treasurer and accountant are students and we maintain a very amicable work environment", says Sayantani.

The main hurdle that the duo had to face, explains Sayantani, was convincing people to give them work. Even when they managed to get some work, it was quite difficult to execute. "We realised that we were being given work which no one else would do", recalls Sayantani, "but we had to make a name, and so we delivered." Positive reviews from clients and their punctuality enabled them to advance exponentially over the months, bringing their total revenue to a million rupees in a span of just one year.

Photo Scene Thesis is currently only based out of Kolkata, but there are plans for expansion in the future. "We have a small team now, but we are trying to hire new recruits", adds Souryakiran. "The campaign with the Catalyst Cup has the potential to penetrate deep into the market", he further says and wants to tap into it optimally. Whereas during the previous campaigns they had to take the help of other agencies, Souryakiran proudly announces that they can now execute these campaigns independently. 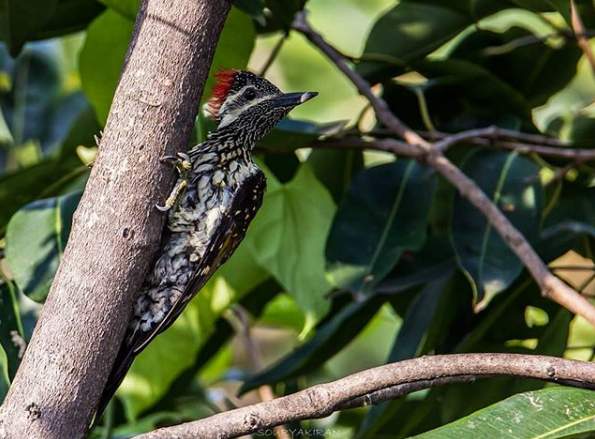 Wildlife lovers: Souryakiran and Sayantani's love for wildlife translate into their photography

When asked how he balances work and studies, Souryakiran replied, "I never miss college and try to be as attentive as possible during the classes so that I don't have to go back home and study." He and Sayantani have to remain awake till 5 am every day to complete all their work commitments. "My college friends are also quite helpful with notes", adds Souryakiran. He has managed to come first and second in his two years respectively, which has not made him privy to parental pressure. Both Sayantani and Souryakiran claim that supportive parents have gone a huge way into making their venture a success.

Edit: A photograph of a product carrying the brand Scripbox was incorrectly attributed to Project Catalyst Cup. The error has been rectified and is regretted.