This trio tracks down folk-artists, digitise their work and put them on the world map

What's the ultimate push for any artist? That his work is recognised and its worth is appreciated. That's exactly what Anahad does by digitalising the work of forgotten folk lords

Abhinav Agrawal grew up learning folk music and sadly, watched it fade away. He couldn't get over the fact that such enriching talent was going to waste, "All my teachers would always tell me that they wished they could record their songs and people would treat them as artists". He never forgot about that, not even when he left his hometown to pursue graduation, he decided to do something about it. So he did, along with Shuchi Roy and Satyam Sangwan, who chose a career that could help build a platform for the folk singers.  "It was like a childhood fantasy pact, except that we were able to keep it and found (founded?)  Anahad," Shuchi Roy, Director and one of the co-founders of the start-up said.

The plan was simple and ready. The team packed their bags and started looking for talent in places no one else had bothered to look. They looked for talent on the streets, outside a monument, and basically, anywhere that would never be explored by the mainstream talent hunters. 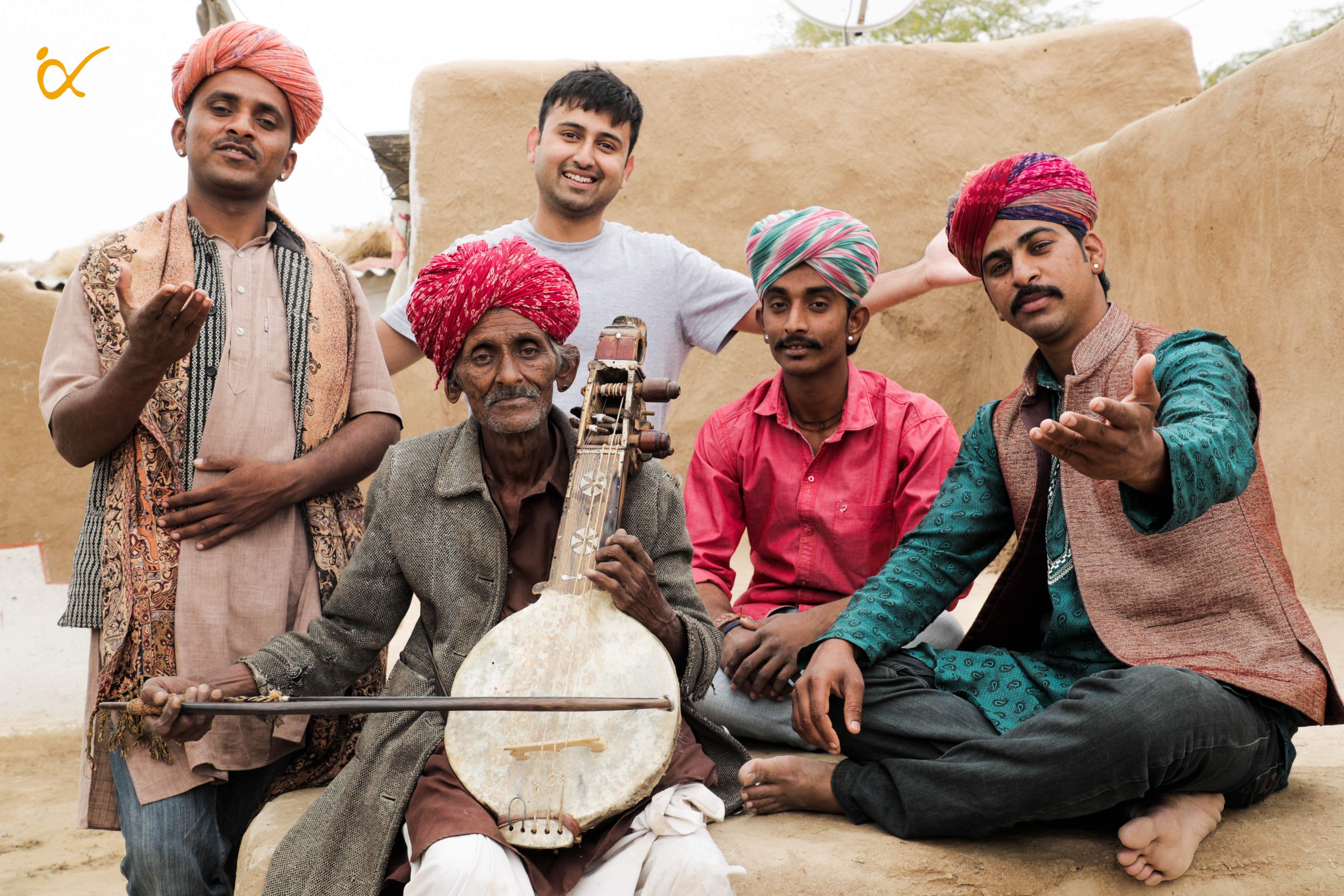 Strings attached: Dapu Khan and his team preparing for their next show

So, after months of travel, they found a lean, weak old man with his musical instrument and in no time, the music-freaks were blown. They decided to make him their first subject. They wanted the world to know his talent for which they approached him asking his permission to record him. To their surprise, they were shrugged off, they were warned not to switch on their camera.

The reaction left them in surprise and Shuchi tells us the reason behind it. "He had absolutely no trust in people promising him fame. He told us that there are many who took his videos and then, that's it. There is no trace of them. He was heart-broken, he wanted people to respect his art and all he got was mere pocket-change and false promises," Shuchi said. The team then realised that their childhood dream is not the easiest thing to execute. 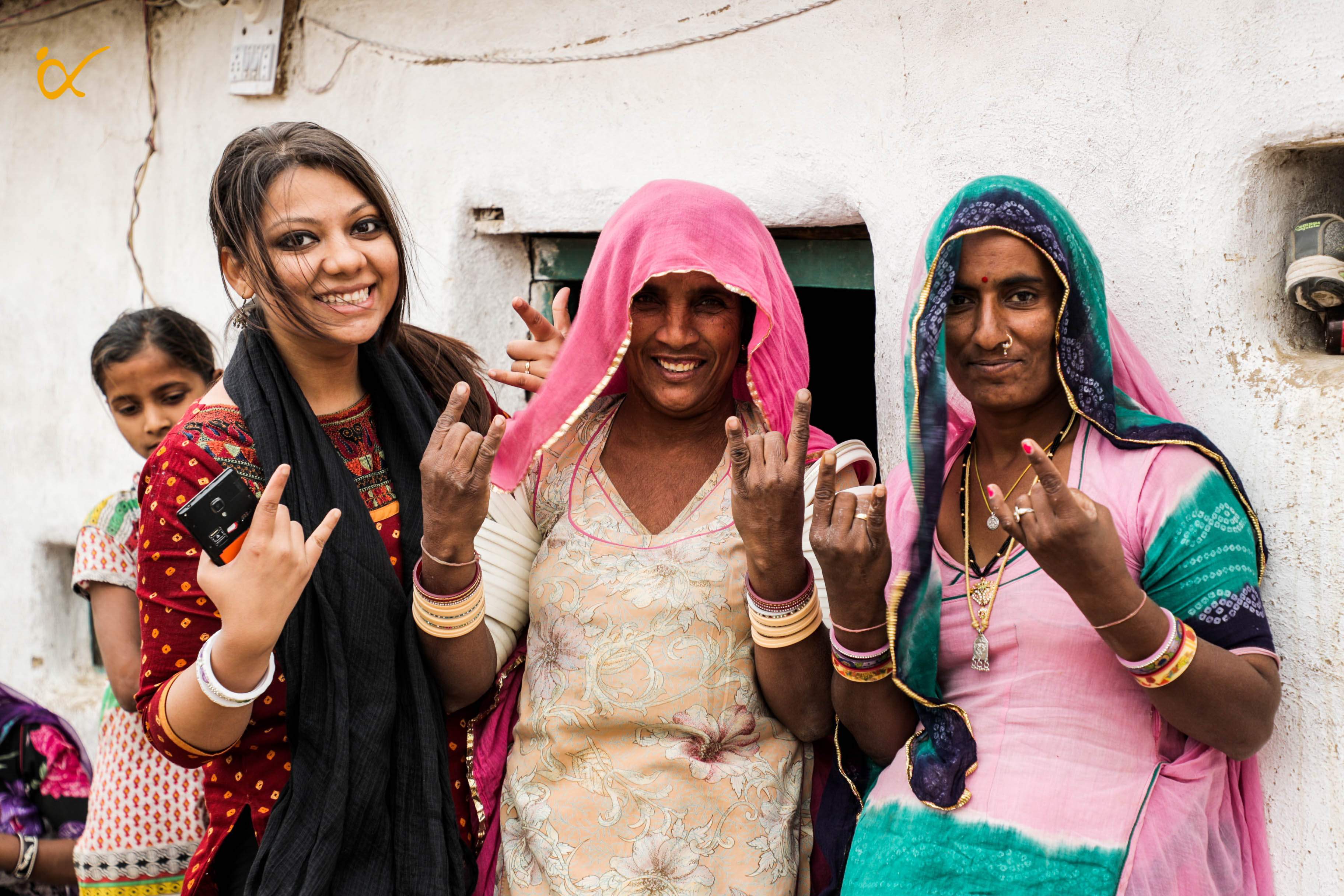 But they didn't give up hopes, not even when they got an ultimatum from home that they need to get a job. "We kept calling him for 15 days. He agreed but asked us to come to where he performs. We rejoiced and packed our bags right away," Shuchi tells.

The stage was set with recording instruments, laptops, mics and loads and loads of enthusiasm. The talented singer played his instrument and everyone present there was mesmerised. The team not only recorded his music, they digitalised it and made a dedicated online page for him so that anybody who wants to contact Dapu Khan, can do it without middlemen.

Anahad's dream to bring talent to the forefront was getting materialised for the first time and there was no looking back.

While it was a progress path for the startup, its fruits were savoured by many artists like Dapu Khan. "Only recently did his son called me and said Dapu Khan is going to Germany this month," Shuchi recalls.

After Khan, the startup established confidence among the people and it reached beyond boundaries. Singers like Khan have been able to move beyond a tree shade to international concerts and royal weddings. Anahad has been able to change the lives of more than 150 artists in Rajasthan. It won't be an exaggeration to say that Anahad's initiative to protect the art is as important as protecting the important monuments of the country.